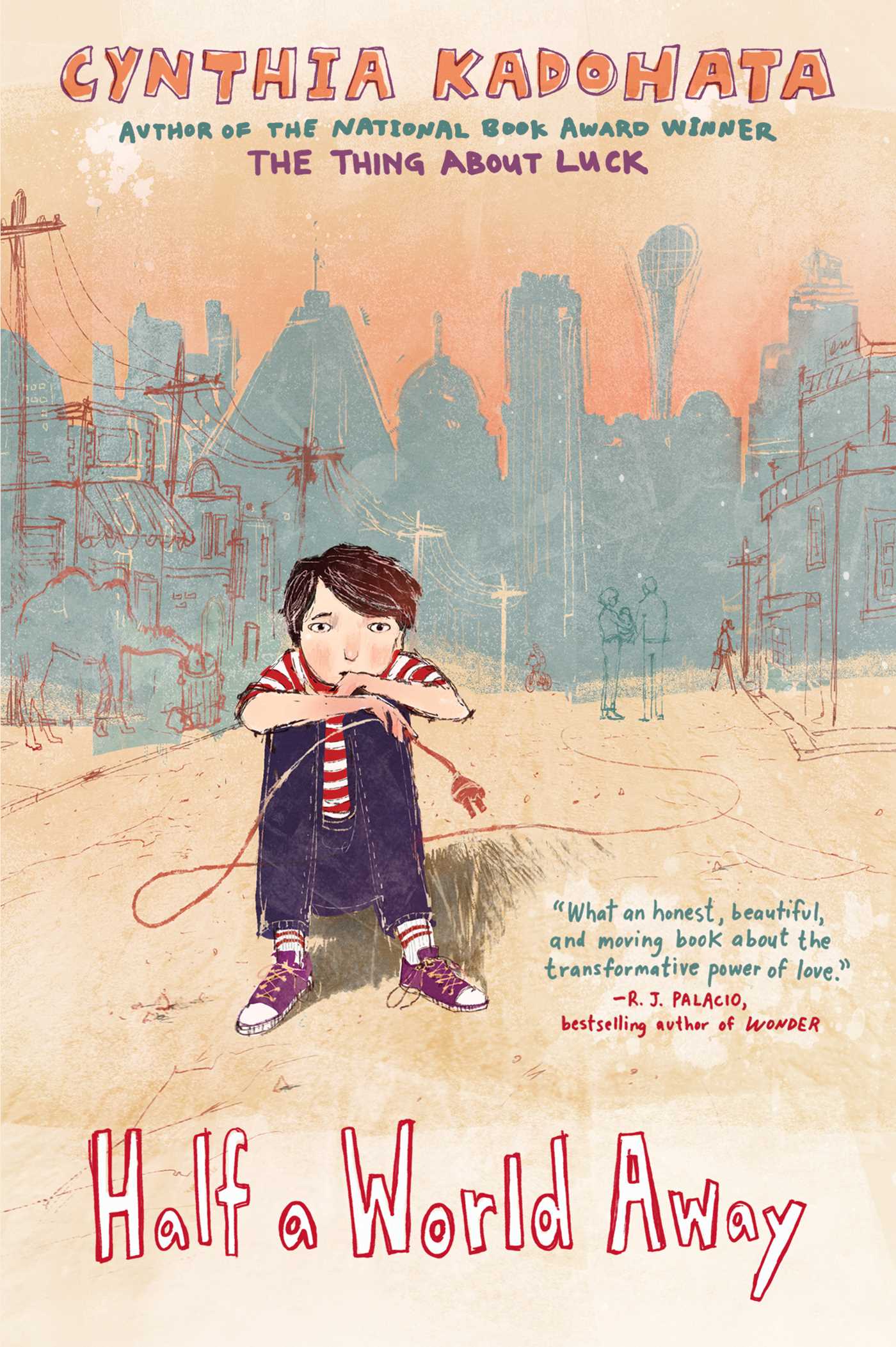 Half a World Away

By Cynthia Kadohata
LIST PRICE £7.99
PRICE MAY VARY BY RETAILER

A kid who considers himself an epic fail discovers the transformative power of love when he deals with adoption in this novel from Cynthia Kadohata, winner of the Newbery Medal (Kira-Kira) and the National Book Award (The Thing About Luck).

Eleven-year-old Jaden is adopted, and he knows he’s an “epic fail.” That’s why his family is traveling to Kazakhstan to adopt a new baby—to replace him, he’s sure. And he gets it. He is incapable of stopping his stealing, hoarding, lighting fires, aggressive running, and obsession with electricity. He knows his parents love him, but he feels...nothing.

When they get to Kazakhstan, it turns out the infant they’ve traveled for has already been adopted, and literally within minutes are faced with having to choose from six other babies. While his parents agonize, Jaden is more interested in the toddlers. One, a little guy named Dimash, spies Jaden and barrels over to him every time he sees him. Jaden finds himself increasingly intrigued by and worried about Dimash. Already three years old and barely able to speak, Dimash will soon age out of the orphanage, and then his life will be as hopeless as Jaden feels now. For the first time in his life, Jaden actually feels something that isn’t pure blinding fury, and there’s no way to control it, or its power.

From camels rooting through garbage like raccoons, to eagles being trained like hunting dogs, to streets that are more pothole than pavement, the vivid depictions in Half a World Away create “an inspiring story that celebrates hope and second chances” (Publishers Weekly, starred review).

CYNTHIA KADOHATA
HALF A WORLD AWAY

“I’ll ride my bicycle everywhere.” He felt bitterness well up inside himself, moving up from his stomach to his mouth, and he gagged slightly. He knew he was overreacting, but he couldn’t help it.
Steve and Penni met eyes again. Penni turned all the way around. “Jaden, it’s just that Steve read an article saying the baby seat should be in the middle. Okay?”
So this was all Steve’s idea. Jaden didn’t answer. He shook off the bitterness and stared out the side window at the rain falling hard on front lawns, at porch lamps lighting up the houses. It was hard to believe that this lit-up neighborhood existed on the same planet that he’d lived on before. If—if—he decided to go to college, he would study electricity, which he’d done a science project on at school. He’d hooked up a cocoon so that a tiny light would go on every time the future moth moved inside the cocoon. Then, when it was born, a bell would ring. He’d gotten his only A ever on that project. He didn’t get an A for the class, though. He got a C. That was because the only thing that interested him was electricity.
Jaden knew it didn’t make sense, but he felt like if his real mother could have had electricity, if she could have only plugged in a light and turned it on, she wouldn’t have had to give him away. He’d told this to one of his former psychiatrists—a man whose name he couldn’t remember—and the psychiatrist had asked, “Why do you think that, Jaden?”
“Because electricity is magic,” he’d answered. That same psychiatrist was the first of many to say that Jaden couldn’t attach properly to Steve and Penni because of being betrayed by the one caretaker he’d ever had—his mother. From age four to eight, he’d had to fend for himself in group homes.
“I kind of wish I hadn’t let Catherine talk me into this dinner date,” Penni was saying. “We’ve got so much to do before we leave.”
“I too wish you hadn’t let her talk you into it,” Steve replied.
“I too” was exactly the kind of thing Steve said. “Perhaps” for “maybe,” “distressed” for “upset,” and so on. He was a word nerd.
Catherine was kind of strange because she was so different from Penni. Jaden had to admit that Penni was a nice person—he just didn’t love her—but Catherine was less than nice. Much less. But Penni refused to see this because of “the importance of family.” The importance of family was one of Penni’s themes. Penni told him that the more family who loved him, the better. Jaden didn’t even know for sure what anyone meant when they used the word “love.” Was it like an electrical charge that developed between two people? He didn’t know. 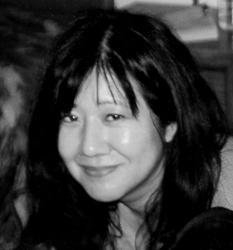 Cynthia Kadohata is the author of the Newbery Medal–winning book Kira-Kira, the National Book Award winner The Thing About Luck, the Jane Addams Peace Award and PEN America Award winner Weedflower, Cracker!, Outside Beauty, A Million Shades of Gray, Half a World Away, Checked, A Place to Belong, and several critically acclaimed adult novels, including The Floating World. She lives with her dog and hockey-playing son in California. Visit her online at CynthiaKadohata.com.

Half a World Away

By Cynthia Kadohata
LIST PRICE £7.99
PRICE MAY VARY BY RETAILER