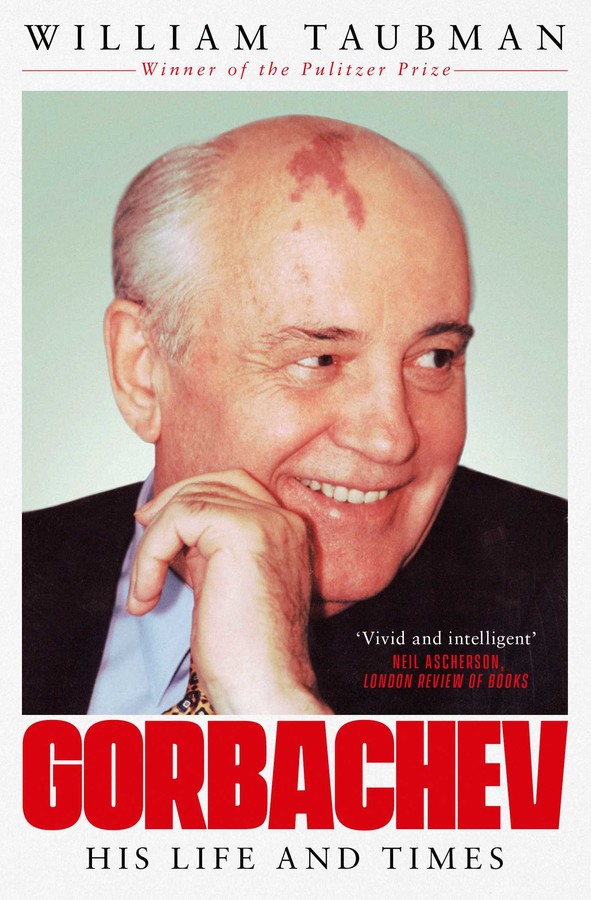 The Man and His Era

By William Taubman
LIST PRICE £16.99
PRICE MAY VARY BY RETAILER

From the Pulitzer Prize-winning author of Khrushchev: The Man and his Era

'A phenomenally researched life of the man who did more than any other to change Europe and the world in the last half of the 20th century'. Jonathan Steele, The Guardian

'An engaging, poignant portrayal of one of the most significant of Russian leaders' Kirkus review

‘Comprehensive and immensely readable’ The Economist

This is the definitive biography on one of the most important and controversial figures of the 20th century. Drawing on interviews with Gorbachev himself, transcripts and documents from the Russian archives, and interviews with Kremlin aides and adversaries, as well as foreign leaders, Taubman’s intensely personal portrait extends to Gorbachev’s remarkable marriage to a woman he deeply loved, and to the family that they raised together. Nuanced and poignant, yet unsparing and honest, this sweeping account has all the amplitude of a great Russian novel.

When Mikhail Gorbachev became its leader in March 1985, the USSR was still one of the world’s two superpowers. By the end of his tenure six years later, the Communist system was dismantled, the cold war was over and, on 25th December 1991, the Soviet Union itself ceased to exist. While not solely responsible for this remarkable upheaval, he set decisive changes in motion. Assessments of Gorbachev could not be more polarised. In the West, he is regarded as a hero. In Russia, he is widely hated by those who blame him for the collapse of the USSR. Admirers marvel at this vision and courage. Detractors, including many of his Kremlin comrades, have accused him of everything from naivete to treason. 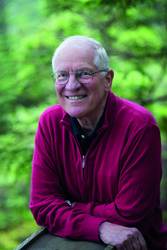 (c) Michele Stapleton
William Taubman
William Taubman is Bertrand Snell Professor Emeritus of Political Science at Amherst College.  His 2003 book, Khrushchev: The  Man and his Era, won both the Pulitzer Prize for biography and the National Book Critics Circle Award for biography in 2004.  Taubman has been the President of the American Association for the Advancement of Slavic Studies, and chairs the Advisory Committee of the Cold War International History Project at the Woodrow Wilson Center for Scholars in Washington.

‘William Taubman has now done for Gorbachev what he had previously done for Khrushchev, giving us the full life deeply grounded in the Soviet and Russian archives, here with the added benefit of Gorbachev’s complete cooperation. Perhaps a hundred years from now, when our perspective on Russia’s role in the world has further clarified, another biography will be needed. For now, however, Gorbachev is the closest thing to the final word that history allows.’

‘This is a meticulously researched, carefully nuanced and immensely readable biography of a remarkable, but insufficiently understood, twentieth century political leader. Taubman’s book is destined to remain the fullest and most authoritative life of Gorbachev for years to come.’

– Archie Brown, author of The Myth of the Strong Leader and The Rise and Fall of Communism

‘Nobody before Taubman has achieved an in-depth psychological portrait…what made Gorbachev tick, as a man and a leader, has always been hooded in speculation…A highly readable, reliable and accurate work, one that will be used by all future generations of historians…  This monumental biography will become the standard personal portrait, especially of the years before Gorbachev became party secretary.  Taubman has charmed more out of him than any of his subordinates ever managed to.’

‘Superb…  [Gorbachev] thought he could save the Soviet Union and make socialism great again. In Taubman’s hands, the journey is an extraordinary story of one man and history in a tense wrestling match.’

‘A fascinating, perceptive, and compelling account of the life of a brilliant, driven, but flawed leader… Taubman, who won a Pulitzer Prize for his 2003 biography of Nikita Khrushchev, once again displays his impressive grasp of the inner workings of the now vanished communist system that made the Soviet Union, for a half century, the most powerful and deadly foe of the West… Magisterial.’

‘A masterpiece of narrative scholarship. It is also the first comprehensive biography of this world-historical figure. Other chronicles of Gorbachev’s life and verdicts on his record will follow, but they will be without the trove of personal insights that Taubman has gleaned from his access to Gorbachev himself, his advisers, and other participants in those dramatic years.’

'An engaging, poignant portrayal of one of the most significant of Russian leaders.'

'William Taubman's Gorbachev, like his Khrushchev, is an extraordinary achievement, full of new information, filled with shrewd judgments, a two-in-a-row triumph in the writing of great lives.'

‘In the centenary year of the Russian Revolution, the standout biography is about the man who lowered the hammer and sickle flag. Gorbachev: His Life and Times is a fitting sequel to William Taubman’s previous biography of Nikita Khrushchev, which won the Pulitzer Prize for biography in 2004.’

'A phenomenally researched life of the man who did more than any other to change Europe and the world in the last half of the 20th century.'

The Man and His Era

By William Taubman
LIST PRICE £16.99
PRICE MAY VARY BY RETAILER