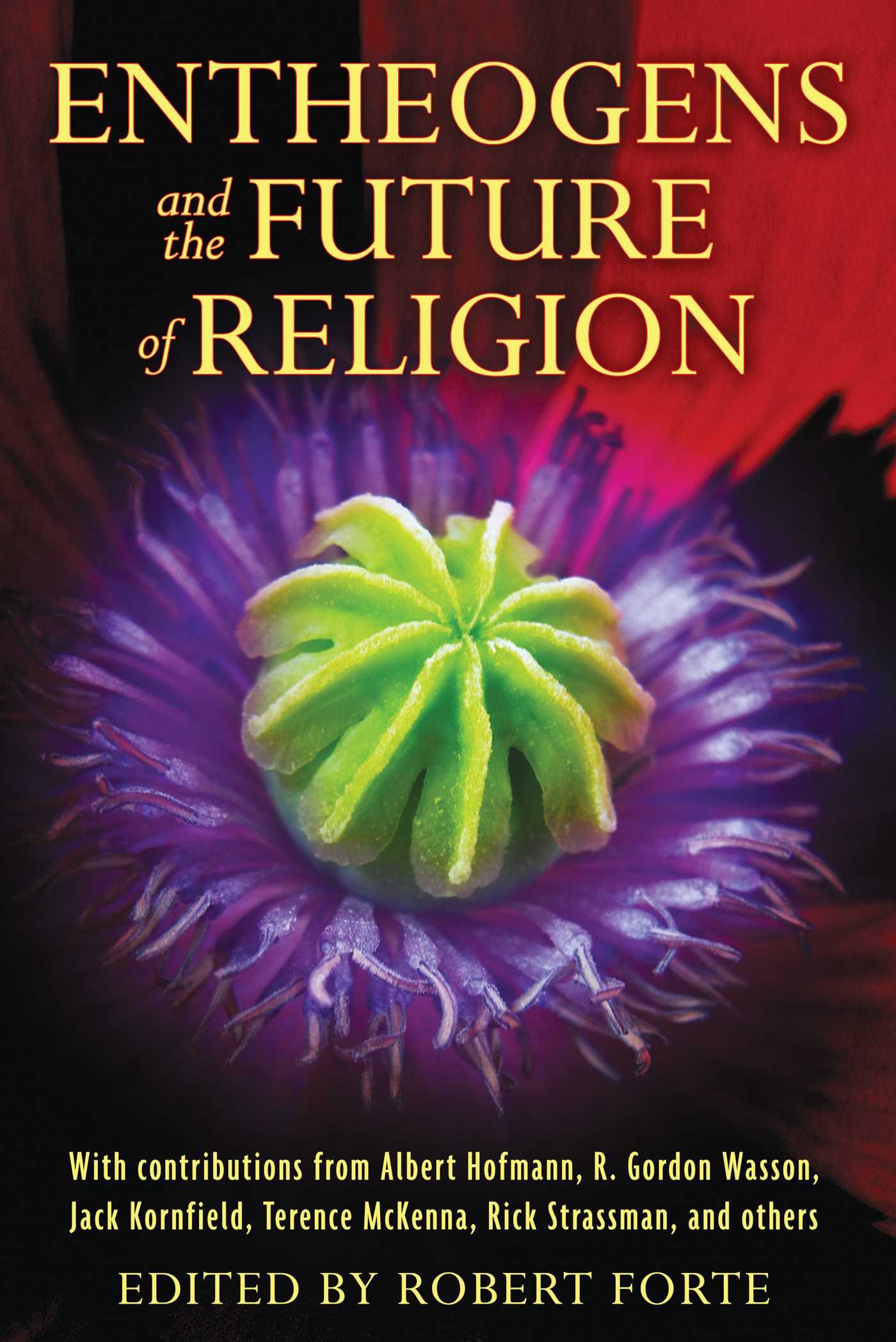 Entheogens and the Future of Religion

We live in a time when a great many voices are calling for a spiritual renewal to address the problems that face humanity, yet the way of entheogens--one of the oldest and most widespread means of attaining a religious experience--is forbidden, surrounded by controversy and misunderstanding. Widely employed in traditional shamanic societies, entheogens figure prominently in the origins of religion and their use continues today throughout the world. They alter consciousness in such a profound way that, depending on the set and setting, they can produce the ultimate human experiences: union with God or revelation of other mystical realities.

With contributions by Albert Hofmann, Terence McKenna, Ann and Alexander Shulgin, Thomas Riedlinger, Dale Pendell, and Rick Strassman as well as interviews with R. Gordon Wasson and Jack Kornfield, this book explores ancient and modern uses of psychedelic drugs, emphasizing the complementary relationship between science and mystical experience and the importance of psychedelics to the future of religion and society. Revealing the mystical-religious possibilities of substances such as psilocybin mushrooms, mescaline, and LSD, this book exposes the vital need for developing an organized spiritual context for their use in order to fully realize their transformative and sacred value. Stressing the importance of academic and religious freedom, the authors call for a revival of scientific and religious inquiry into entheogens so they may be used safely and legally by those seeking to cultivate their spiritual awareness.

Several years ago, at a symposium in Santa Barbara, California, an audience gathered to hear about and discuss “entheogens.” Entheogens is a word that was created to mean “the generation of God within.” It is also another name for psychoactive drugs. Our presentation there was an answer to an often asked question, “Why do you do the work that you do?” What are our reasons for the designing, the making, and the evaluation of drugs that can bring a person into some form of understanding of the drives and unconscious motivations of himself and other people?

What we are doing is looking, as have countless others before us, for a way to communicate the experiences of the deeper parts of ourselves, a way to share knowledge that has traditionally been called “occult” or “hidden,” and that has been, until our time, considered the private preserve of those few shamans, teachers, or spiritual guides in each culture who had earned their way to it.

In their hands was the responsibility of choosing--from the multitude--the gifted, intuitive people who would become students or disciples. These special ones were taken into the temples of learning, into the pyramids, the secret lodges, the monasteries, or the sacred kivas, and were slowly led into a recognition of their own interior landscape. These guided explorations evolved, in time, into a state of mind and heart that was then--and still is now--known as wisdom.

We presently live in a time when these teachings are completely in the open. They are exposed and available, in books, on tapes, on television and radio, in magazines and newspapers, by letter or telephone--a thousand and one places. Secrecy is no longer necessary in our culture, filled as it is with noise, both auditory and visual. In our present-day Western world, true secrecy is often--if not always--a tool of power-seekers, of men and women who know the attraction of the forbidden and mysterious, to the naive person who is willing to be controlled and led.

We are here today to try to explain why we feel it is essential to attempt to instill a greater awareness, an expansion of conscious knowing, in the people who lead our society and shape its direction. We can no longer trust, as our ancestors did, in the gradual and natural unfolding and evolution of comprehension and wisdom.

Without the means of self-discovery we project unconsciously, and we see all around us the results of these unconscious projections, these unconscious archetypal energies. This time--instead of having reason to fear the destruction of a culture, or a race, or a civilization--we are facing the complete annihilation of the form of life known as mankind, a final end to the entire human experiment. What we do not acknowledge consciously, and what we have not allowed ourselves to confront consciously, may this time kill us all.

The concept of “archetypes” was made familiar to us by Carl Jung. One can also describe them as fundamental psychic energies presenting themselves within the human psyche as powerful images. The Jungian analyst John Perry has given a good definition of what is meant by archetypes.

They are components of the deeper layer of the psyche which express themselves in mythic or symbolic imagery, and which portray the developmental process of the individual--and the culture. The archetype is made of image and emotion; the image presents the meaning of the emotion, and the emotion gives the image its dynamic energy. It is autonomous, usually residing in the unconscious. In order for the archetype to be experienced consciously, it is necessary for the individual to be in an altered state of consciousness, however induced.

Until we are prepared to undertake that most essential of all explorations, the difficult but rewarding journey of discovery into our inner universe, we will continue to make choices motivated by the unseen, unrecognized, and unacknowledged energies and images within us, both constructive and destructive.

The great and ancient ways of self-discovering--meditation, love-making, music and dancing, singing, ritual and rhythm--are not given enough validity today, and hence they are not given enough time. The old ways of instructing and helping, by which one generation of insightful and wiser people has always passed on its experience to its children (perhaps with the use of psychoactive plants and chemicals or other teaching tools), may be denied us if the balance shifts too far.

We are now in an age when, if we do not discover a way of acknowledging and accepting the existence of these primal energies within ourselves, we will not be able to learn how to live with them. Until we begin to know, consciously, what there is within our individual and collective psyches, we will be unable to choose wisely. We need to discover that we have centers, cores, “I Am’s”--whatever name one wishes to use--and that this center in each of us has been given the truly incredible gift of choice.

We are to ourselves both giver and taker, lover and killer. We fight desperately to continue living one more day, yet we grow within ourselves the seeds of our own punishment. The soul of every one of us mirrors the battle--or the balancing--between the yang and the yin. Consciously or unconsciously, choices will be made. Our own prejudice is strongly toward the conscious, the aware.

It may well be that choices made by each of us, in full awareness, will be on the side of ending humanity and cleaning up this corner of the universe. Or it may be that we will choose to give the human species a chance to evolve and transform. It is not possible for us to predict which decision will be made. We argue only for making that decision with as much awareness, as much conscious knowledge, as possible.

“This book provides a balanced, thoroughly researched, and clear account about a topic that has fascinated people for centuries--even millennia--and will be with us, one way or another, for a long time to come.”

– Harvey Cox, Ph.D., professor of divinity at Harvard University and author of The Future of Faith

“This book of essays plows new ground in the relationship between entheogens and religion. It is well worth reading. Any path that can bring the human family closer together should be investigated.”

“An important book for anyone who cares about the future of the human race. The sensible use of entheogens is one of most promising paths to deep spiritual insight for many people, and this book shows how that could be done--if we care enough.”

“We have long needed this well-articulated, thoughtful, and rational basis for understanding the power of psychedelic biomechanicals to stimulate visionary experience. These essays make a strong case for the use of these substances in future religious practice.”

– Frank Barron, Ph.D., Sc.D., author of No Rootless Flower: An Ecology of Creativity

“If you want more than emotional and subjective outpourings about entheogens, and if you think like I do that unless we expand our awareness we will not have a happy future, then this is a book to read.”

– Rabbi Zalman M. Schachter-Shalomi, author of From Age-ing to Sage-ing

“...the book represents a call for a revival of scientific and religious inquiry into entheogens as a means of cultivating spiritual awareness.”

– The Scientific and Medical Network, July 2012

“Offers a thoughtful, sane examination of a topic of great social, psychological, and religious significance.”

– Roger Walsh, M.D., Ph.D., professor of psychiatry at the University of California

“Essential reading for everyone concerned with spiritual, psychological, and social well-being. A fascinating and significant collection.”

– Frances Vaughan, Ph.D., author of Shadows of the Sacred and The Inward Arc

“Collectively, these essays constitute the best single inquiry into the religious significance of chemically occasioned mystical experiences that has yet appeared.”

Entheogens and the Future of Religion