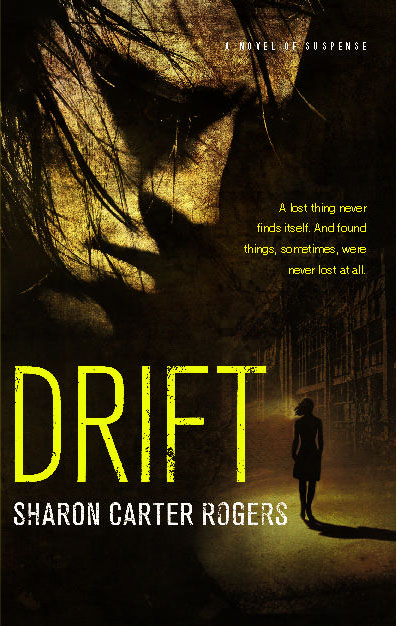 A Novel of Suspense

"I am not angel, nor am I demon. I am not a ghost as some would like to believe. I am a Drifter, something God created in his spare time and then forgot on the fringes of reality."

CHARLIE MURPHY, BOSS OF THE CRIME SYNDICATE THE ORGANIZATION, IS DEAD. His sassy, impulsive, bold, daring, and fearless twenty-year-old adopted-by-kidnapping daughter, Baby Doll, stands by his open grave—poised, ready to run. If Maurits, Charlie’s bodyguard and heir to the Justice position, discovers the role she played in Charlie’s death, she will pay the ultimate price.

A few yards away, a freezing man huddles in a ball on a freshly filled-in grave. He doesn’t seem to be mourning. He seems to be helpless. Hopeless. Waiting. Foolish.

He is a Drifter, waiting for a new tether—a person who will see him when no one else can. And he will stay with that person for an unknown period of time. For unknown reasons. He drifts through life invisible to all but one. Heaven and hell are unattainable for him. There is pain. Sometimes lots of pain. But there is no death, even when he wishes it would come. This time, he becomes tethered to Baby Doll, who is determined to finish what she started and will do anything to accomplish it.

In a world where loyalties and betrayals are both rewarded with death, each pawn in this deadly game must stay one step ahead of the rest, or they will find themselves six feet under—next to Charlie Murphy.

I think I should be grateful that this is a dry February. There is no snow or sleet covering my frame or stinging my face and neck. But the numbness in my fingers and toes, and the biting that seems to come from inside my earlobes, rob me of the comfort of that thought.

The dirt beside me is tumbled and stirred, but already I can sense the hardness forming within the mass that extends six feet below me. Simon lies beneath that mound of earth, his body colder than the frigid air that now surrounds me.

The cemetery is empty, though I see cars pulling into the parking area to the north. There is another casket that has been set up for a ceremony about fifty feet away, but right now that means nothing to me.

I tethered to Simon six years ago or so, when he was a teenager. He still seemed too young to die, too young to leave me locked to his presence in this unforgiving cold.

I feel the cold in my pure physicality. In my skin, in my pores, down into my bones. I want to moan and cry, not for Simon, but for myself. But I cried my tears out long, long ago.

I am not angel, nor am I demon. I am not a ghost as some would like to believe. I am a Drifter, something God created in his spare time and then forgot on the fringes of reality.

A few mourners enter this graveyard. They pass me by without notice. No surprise.

I’ve only met two others like me, but I’ve heard stories. I know there must be many Drifters out there. I wonder what they are doing, if they are warm and fat, or freezing and hollow like me.

The first one I met was a girl. She looked about twenty-four or twenty-five, but one can never be sure about our kind. I was standing on a street corner in the summertime, outside a drugstore and soda shop, wondering if I had enough room to go inside and steal a cold drink. She was with another woman, a redhead likely in her mid-thirties. I didn’t even know she was a Drifter. Just thought they were two friends.

The redhead walked out sipping on cream soda in a glass bottle. She glanced up the street and then back down again. That was when she saw me.

She stopped and stared, looking directly in my eyes. I felt the churning, the knotting in my stomach and the mild dizziness that begins the tether. My breathing relaxed involuntarily and I noticed a light grin play at the corners of her mouth.

Then the other Drifter stepped between us, shoving the redhead backward and breaking our gaze. “No!” she said fiercely. She spat at me, “This one is my tether. Mine, you understand?”

Since I’d never seen another Drifter, for a moment I didn’t. And before I could say a word, the girl pulled a blade from her back pocket and stuck it, hard, into my belly and then pulled it back out again.

I felt my eyes roll up in my head as the pain spun inside me in several different directions. I couldn’t speak, couldn’t do anything but groan and collapse onto the warm pavement, writhing and swimming in an ever-expanding pool of my own blood.

The girl leaned in close to my face. “This one is mine. You understand now? Mine.” I couldn’t respond because I couldn’t breathe. But, yes, now I understood.

The redhead was blinking with mild uncertainty, peering across the street, looking as if she’d suddenly lost something she had only moments before been pleased to find. The other Drifter moved close to her, putting hands on her shoulders and commanding the redhead’s attention.

“You okay?” she said to the redhead, locking eyes with her in a forceful gaze.

“Yes, I think so,” the redhead responded. “Who was that, Jill? Who was that man?”

“Nobody,” Jill said quickly, willing the other to believe it. “Nobody.”

“But he seemed real. And he had your mark in his eyes.”

“No,” Jill repeated. “You didn’t see anyone. There’s only me. There is always only me. You know that.”

“Yes, of course.” The redhead appeared to be forgetting already, though she couldn’t seem to shake a certain sadness.

Jill released her grip from the redhead’s shoulders and shot a glare back toward me. I felt the oxygen racing out of my body along with my blood, and watched as darkness began to swim in the edges of my vision. There was a severing in my soul, and my heart seemed to sputter and spark.

“Because I choose it to be so,” the other Drifter hissed at me, “and you are an unhappy consequence of that choice.” Then she said nothing more.

When I regained consciousness, they both were gone and my insides felt mangled and raw. It seemed as though my heart were stopped, but my bleeding never ceased. I lay on that pavement for three hours, always bleeding, never dying, always waiting. That’s where Alondra finally found me.

I feel the wind like freezing breath race around my collar, whipping away the warming thought of Alondra and bringing me back to the coldness of this cemetery. God, why couldn’t I at least have had time to grab a coat? Or gloves?

More mourners move toward the other casket. Apparently whoever is to be buried over there was well loved. Or at least well respected, judging by the men in dark suits and the bejeweled ladies solemnly gathering beside the hole in the ground. I am unseen by any of them, and I wish desperately to rip one of those long, faux-fur coats from the back of any of the women who pass me by. But they are too far away from me now.

Simon’s death has weakened the tether, but not broken it. I can only wait, and hope that I will freeze to death. But, of course, I know this won’t happen. Not to me. I will simply freeze, and never greet the death that usually accompanies it.

My eyes hurt from the cold. I close them and finally give in to the ground below me. It is cold like me, but it holds me without complaint. I sit next to the freshly filled grave and curl into as much of a ball as I possibly can.

The second Drifter was different, but the same. He walked alone, as though he were tethered only to himself. He bore the mark in his eyes, but he also had a solidity about him that wasn’t quite right. As if he once had been something besides a Drifter; as if he’d once been a man. I met him in a library while I was waiting for … for … funny. I can’t remember that one’s name. He was an old one … What was it? Well, it doesn’t matter.

In the library, I was sitting on a bench, waiting. The Drifter walked in, walked past me, and then stopped. He turned back toward me and spoke.

The stranger shook his head slowly. “No. Not for your kind.”

His face grew grim and hard. “No one,” he said. “Just a sinner like everyone else.”

I felt something stir inside. This one could help me. I knew it.

“There are no answers,” he said. Then he stepped away and disappeared behind a corner. I longed to follow him, but I was prevented. As usual.

“At least that one didn’t stab you in the heart!” That’s what Alondra always said whenever I mentioned the sinning Drifter.

Here on the ground I feel feral, like the animal that knows only pain and wants only revenge.

I am not angel, nor am I demon. I am no ghost. I am simply me. A soul lost in the shallows. Where are you, Alondra, now when I need you? 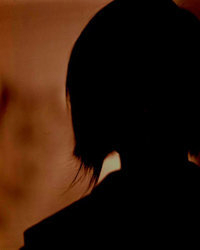 Sharon Carter Rogers is the pseudonym for a former English teacher who now works full time writing fiction. Her debut novel, Sinner, released from RiverOak Publishing (an imprint of David C. Cook) in 2007. Unpretty from Howard (2009) was her second book.

A Novel of Suspense