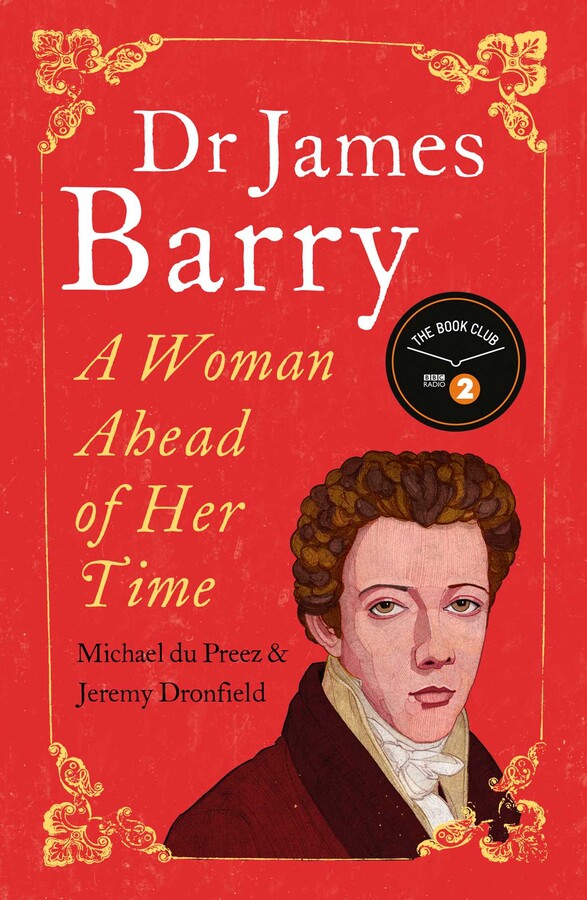 A Woman Ahead of Her Time

A Sunday Times Book of the Year

As featured on the BBC Radio 2 Book Club

Dr James Barry: Inspector General of Hospitals, army surgeon, duellist, reformer, ladykiller, eccentric. He performed the first successful Caesarean in the British Empire, outraged the military establishment and gave Florence Nightingale a dressing down at Scutari. At home he was surrounded by a menagerie of animals, including a cat, a goat, a parrot and a terrier. Long ago in Cork, Ireland, he had also been a mother.

This is the amazing tale of Margaret Anne Bulkley, the young woman who broke the rules of Georgian society to become one of the most respected surgeons of the century. In an extraordinary life, she crossed paths with the British Empire’s great and good, royalty and rebels, soldiers and slaves. A medical pioneer, she rose to a position that no woman before her had been allowed to occupy, but for all her successes, her long, audacious deception also left her isolated, even costing her the chance to be with the man she loved.

Jeremy Dronfield is a writer, biographer and noveliist.

– Sunday Times, Books of the Year

– Times, Books of the Year

‘An irresistible little byway in 18th-century medical and social history’.

‘An elegant and sensitive biography…du Preez and Dronfield have done Margaret Buckley and her alter ego proud in this absorbing book.’

‘At each turn of this quite gripping biography I found myself gasping in disbelief…the excavations of Michael du Preez…and Jeremy Dronfield…have yielded startling new evidence about the period…Their research is authoritative and prodigious’.

‘This fantastic book is so much more than a biography of a very remarkable woman. The thread of her personal story weaves its way through a meticulously researched record of a fascinating period in world history…compulsive reading.’

‘This is a fascinating account of the life and career of Dr James Barry as a doctor working in the early nineteenth century. Although Dr Barry obtained a Diploma from this College in 1813 it is only now through this book we are able to fully understand and recognise her achievements.’

– Clare Marx, President, the Royal College of Surgeons of England

‘I found the book immensely enjoyable. It’s a fascinating story, told with verve, sensitivity and skill – the result of an awe-inspiring amount of research and detective work, managed with delicacy and flair. I felt the book had a real feel for the times and I appreciated its firm historical grounding, and the way in which imagination and a rigorous approach to fact played so well together. A marvellous read, and a story worth telling.’

– Rodney Bolt, author of The Impossible Life of Mary Benson

‘This is the extraordinary and remarkable story of the transformation of Margaret Bulkley, a red-haired Irish girl from Cork, into Dr James Barry, physician, medical reformer, friend of the rich, friend of the poor and fearless and irascible scourge of the stupidity, complacency, ineptitude and greed of Britain’s Colonial establishment. Dr James Barry kept his great secret for over fifty years and the truth that he was, in fact, a woman was only revealed to an incredulous public after his death. Meticulously researched and written with great verve, this biography is about as good as it gets.’

'Extensively researched, a fascinating story of a woman taking extreme measures to work in a man’s world.’

– Richard Hollingham, author of Blood and Guts: A History of Surgery

A Woman Ahead of Her Time