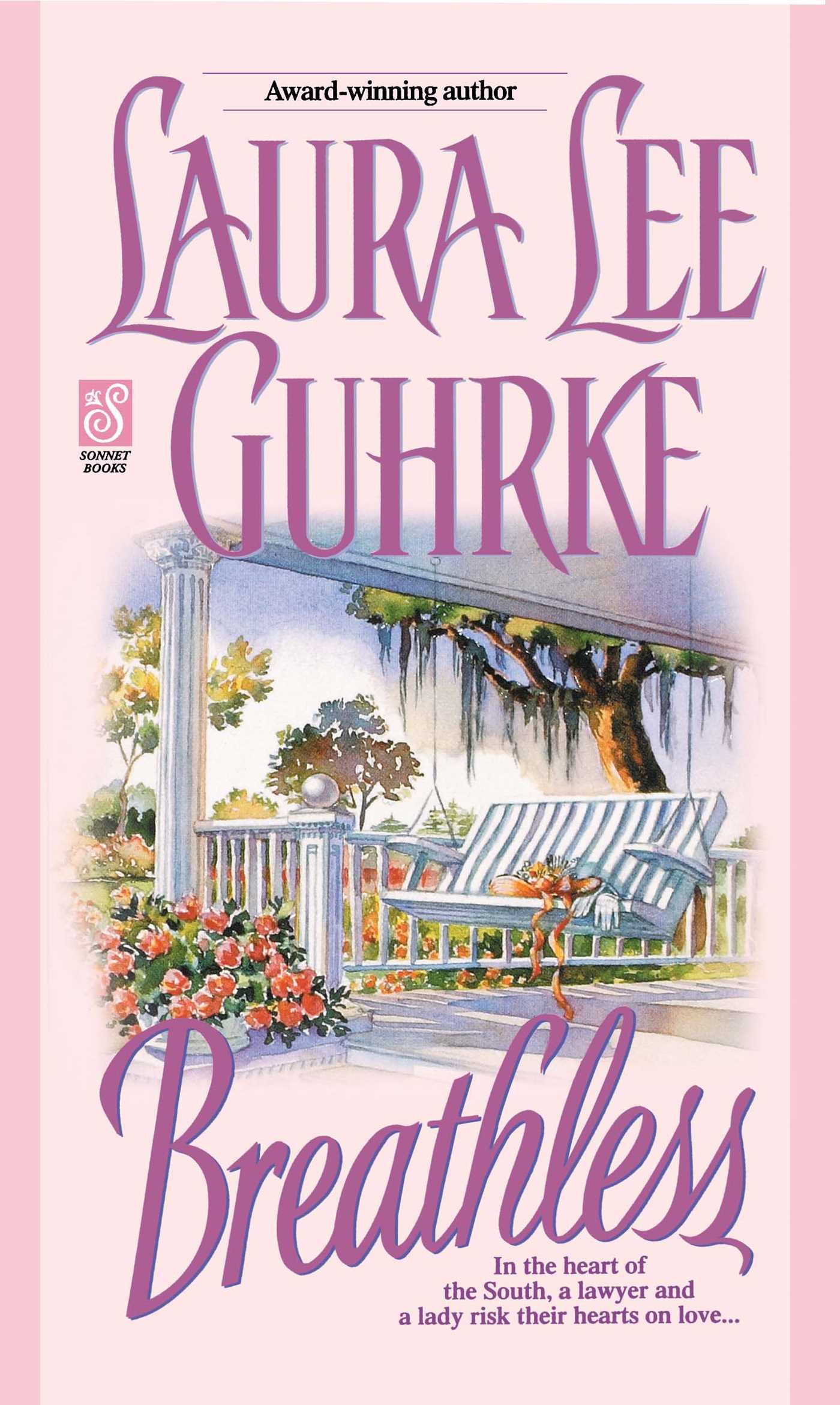 Award-winning author Laura Lee Guhrke steps back to a timeof Southern propriety -- and passion -- in this thrilling page-turner laced with heated sensuality. A lawyer is reunited with an unforgettable lady from his past -- and together, they step into a web of small-town scandal and desire.
Lily Morgan may be Shivaree, Georgia's most talked-about lady. Everyone in town knows about the bitter break-up of her marriage five years before, when Daniel Walker, her husband's tough, uncompromising lawyer, tore her reputation to shreds and left her with nothing but a wish to get even. But now something about Daniel makes her blood boil and her pulse quicken...not with righteous fury, but with passion.
Daniel has returned to Shivaree to once again match wits with Lily Morgan. The thought of a rematch with Lily delights him, for he has never forgotten her hot temper -- or her lovely looks. But when a shocking murder shakes the town, Daniel joins Lily to find a killer, and their unexpected partnership sparks something between them that they never expected -- desire. Now Daniel, the strong-willed lawyer for whom winning is everything, realizes he must win the one reward he can't live without: Lily's forgiveness -- and her love.

Laura Lee Guhrke isn't one of those lucky authors who knew from her childhood onward that she wanted to be a writer. As a child, she was sure she was going to be a marine biologist when she grew up and study the iguanas on the Galapagos Islands. Then she dissected her first (and last) frog in high school biology class and decided that a different career choice was in order. When an English teacher told her she could never be a writer because her stories were "too sappy", Laura vowed that someday she would prove that teacher wrong and become a writer, but her parents wanted her to go to college first (mainly so that she wouldn't spend her lifetime living in their house with no gainful employment while writing the Great American Novel).
It took four years of college studying business, and seven years on the corporate fast track before Laura decided it was time to fulfill the vow she'd made to herself and prove her English teacher wrong. She wrote her first novel in 1991, had her first published novel in 1994, and now has six published historical romances to her credit. For her 1997 book, Conor's Way, she has been honored with the Romance Writers of America RITA Award for Best Historical Romance. Her latest book, The Charade, is a March, 2000, release from Pocket Books.
Laura loves writing historical romance because she has always wanted a time machine and this was the closest she could get. Historical romance enables her to go back in time, experience excitement and adventure, and capture the hearts of handsome heroes, all without leaving the safety and comfort of her home, dishwasher and cable tv.
Laura lives in Eagle, Idaho, a small town outside the state capital of Boise, and when she's not writing, she helps her parents run their construction company (which explains why they wanted her to get that business degree). She loves living in Idaho because she gets to ski and fly fish, and because she doesn't have that big-city, over-an-hour-each-way commute to work. Besides, her golden retriever, Sam, would HATE living in a big city because you can't chase pheasants and roll around in the mud when you live in a big city, and according to Sam, there would be no point to life if you couldn't roll around in the mud.
Laura loves hearing from readers, and you may write to her at P.O. Box 1143, Eagle, ID, 83616, or you may e-mail her at lauralee@micron.net.