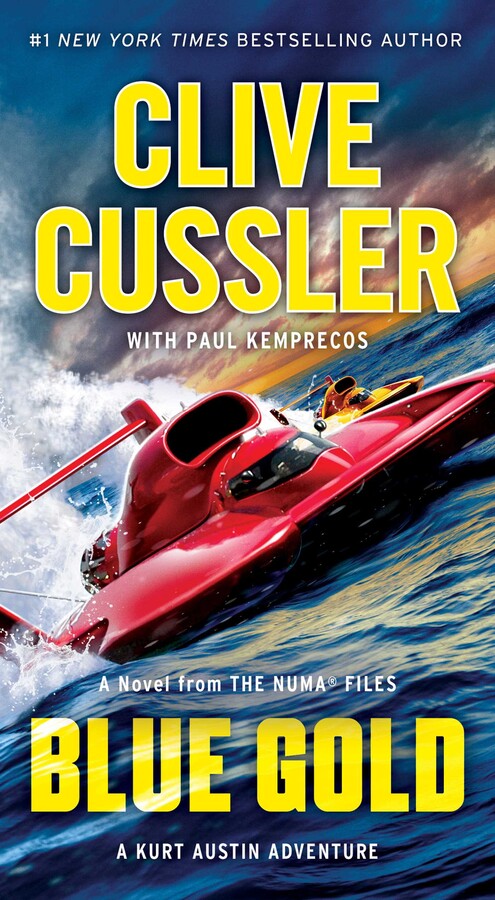 A novel from the NUMA Files

By Clive Cussler
LIST PRICE £2.99
PRICE MAY VARY BY RETAILER

Clive Cussler’s New York Times bestselling Blue Gold, now available in ebook, is a heart-pounding thriller in the NUMA adventure series. Kurt Austin navigates the Amazon jungle in search of a legend that could change the path of science—but secretive powers will do anything to stop him.

From deep within the Venezuelan rain forest emanates the legend of a white goddess and a mysterious tribe with startling technical accomplishments. Few believe the tribe exists—and even fewer suspect its deity may hold knowledge that can change the course of history.

For National Underwater & Marine Agency crew leader Kurt Austin, an investigation into the sudden deaths of rare whales leads him to the Mexican coast, where someone tries to put him and his mini-sub permanently out of commission. Meanwhile, in South America’s lush hills, a specially assigned NUMA crew turns up the white-goddess legend—and a murderous cadre of bio-pirates intent on stealing medicinal secrets worth millions. Soon Austin and his crew realize they’re working the opposite ends of the same grand scheme. A billionaire California tycoon is poised to rise to power by monopolizing the earth’s vastly depleted freshwater reserves and ultimately dominate the world.

Austin has a hunch Venezuela’s mythical tribal goddess has some real roots in science, and may be the key to locating a secret formula that could turn vast amounts of seawater into fresh. But with each step into the bush, he and his NUMA team feel like fish out of water—and must fight a deadly, twisting trail of enemies through a dense jungle of treachery, blackmail, and murder.

High above the race course the Italian TV cameraman had spotted the dramatic reversal of the lead boats. The chopper swooped out in a wide circle and came back over the flotilla to hover at midchannel. Pozzi wanted a wide shot of the lone boat speeding past the spectators to the turn buoy for the final approach to San Diego. The cameraman glanced at the sea below to get his bearings and saw wavelets outlining a large, shiny, grayish object mounding at the surface. A trick of the light. No, there was definitely something there. He caught the attention of the pilot and pointed straight down.
"What the hell is that?" the pilot said.
Pozzi aimed the camera at the object and zoomed in with the touch of a button.
"It's a balena," he said as the object came into focus.
"For God's sake, speak English."
"How you say? A whale."
"Oh, yeah," the pilot replied. "You see them migrating. Don't worry, he'll dive when he hears the boats."
"No," Carlo said with a shake of his head. "I think he's dead. He's not moving."
The pilot put the chopper at a slight angle for a better view. "Hell, you're right. There's another one. I'm counting three -- no, four. Damn! They're popping up all over the place."
He switched to the hailing channel. "Come in, San Diego Coast Guard. This is the TV helicopter over the race course. Emergency!"
A voice crackled over the radio. "Coast Guard station at Cabrillo Point. Go ahead."
"I'm seeing whales in the race course."
"Whales?"
"Yeah, maybe a dozen. I think they're dead."
"Roger," the radio man said. "We'll alert the cutter on scene to check them out."
"Too late," the pilot said. "You've got to stop the race."
A tense silence followed. Then: "Roger. We'll try."
A moment later in response to a call from the station, the Coast Guard cutter moved from its post at the turn buoy. Orange signal flares blossomed against the blue sky.
Ali saw neither the flares nor the bloated gray carcass floating in his path until it was too late. He yanked the wheel, missed the obstruction by inches, dodged another body, but could not avoid a third. He veered off, yelling at Hank to cut power. Smith's fingers flew to the throttle, and the planing hull settled down. The Carpet was still going fifty miles an hour when it hit the carcass. With an explosion of foul air, the body popped like a huge blubbery balloon. The boat careened off on one sponson, flipped, somersaulted, and miraculously landed right-side up again.
Ali and the throttle man were saved from fractured skulls by their helmets. Working through a black haze, Ali reached for the wheel and tried to turn, but there was no response from the rudder. He called out to the throttle man. Hank was slumped over the throttles.
On the Nepenthe the captain had left the bridge and was down on the deck talking to Gloria Ekhart when the actress leaned over the rail and pointed. "Excuse me, Captain. What's that gold boat doing?"
The Flying Carpet was wallowing like a punch-drunk boxer trying to find a neutral corner. Then the twin bows came around, and the boat straightened out, gained speed, and assumed a trajectory aimed at the yacht's midships. The captain waited for the boat to veer off. It kept coming. Alarmed, he calmly excused himself, stepped aside, and whipped a walkie-talkie from his belt. His mental computer was calculating how long it would take the gold boat to hit them.
"This is the captain," he barked into the hand radio. "Get this ship under way!"
"Now, sir? During the race?"
"Are you deaf? Weigh anchor and move this ship out. Now."
"Move? Where sir?"
They had a snowball's chance in hell of getting under way in time, and his helmsman wanted to play twenty questions.
"Forward," he shouted, close to panic. "Just move it!"
Even as he barked the order the captain knew it was too late. The race boat had already cut the distance in half. He started to herd children to the other side of the yacht. Maybe a few lives would be saved, although he doubted it. The wooden hull would shatter into splinters, fuel would be spilled in a fiery conflagration, and the yacht would go to the bottom within minutes. As the captain grabbed onto a wheelchair with a little girl in it and pushed her across the deck, he yelled at others to do the same. Too frozen by fear to react, Ekhart saw the gold torpedo speeding toward them and instinctively did the only thing she could. She put her arm protectively around her daughter's thin shoulders and held her tight.
Copyright &copy; 2000 by Clive Cussler 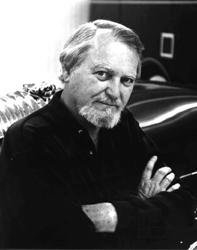 Clive Cussler (1931–2020) was the author or coauthor of over eighty books in five bestselling series, including Dirk Pitt®, THE NUMA FILES® THE OREGON FILES ® An Isaac Bell Adventure, and A Sam and Remi Fargo Adventure, A KURT AUSTIN ADVENTURE ®. His nonfiction works include Built for Adventure: The Classic Automobiles of Clive Cussler and Dirk Pitt, and Built to Thrill: More Classic Automobiles from Clive Cussler and Dirk Pitt, The Sea Hunters and The Sea Hunters II; these describe the true adventures of the real NUMA, which, led by Cussler, searches for lost ships of historic significance. With his crew of volunteers, Cussler discovered more than sixty ships, including the long-lost Civil War submarine Hunley.

A novel from the NUMA Files

By Clive Cussler
LIST PRICE £2.99
PRICE MAY VARY BY RETAILER