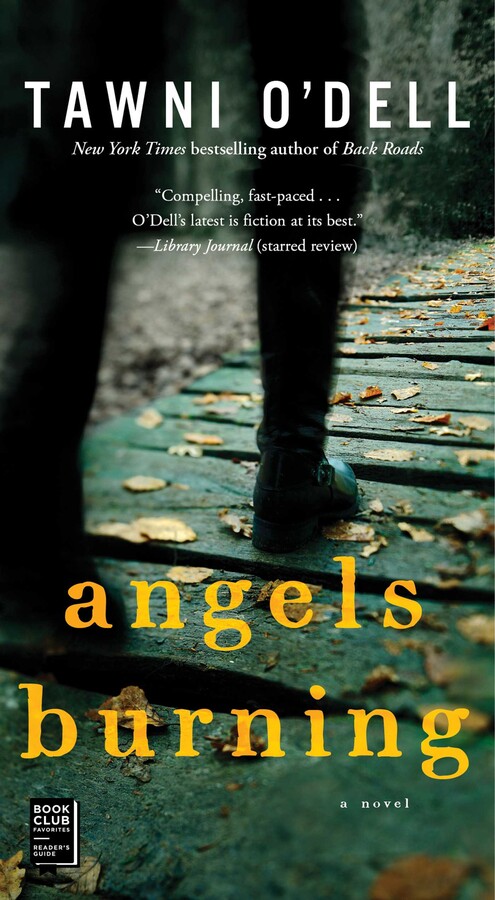 By Tawni O'Dell
LIST PRICE £9.99
PRICE MAY VARY BY RETAILER

From the New York Times bestselling author of the Oprah Book Club pick Back Roads comes this fast-paced literary thriller about a small town police chief who’s forced to dig into her own shadowy past as she investigates the murder of a teenage girl.

On the surface, Chief Dove Carnahan is a true trailblazer who would do anything to protect the rural Pennsylvanian countryside where she has lived all fifty of her years. Traditional and proud of her blue-collar sensibilities, Dove is loved by her community. But beneath her badge lies a dark and self-destructive streak, fed by a secret she has kept since she was sixteen.

When a girl is beaten to death, her body tossed down a fiery sinkhole in an abandoned coal town, Dove is faced with solving the worst crime of her law enforcement career. She identifies the girl as a daughter of the Truly family, a notoriously irascible dynasty of rednecks and petty criminals.

During her investigation, the man convicted of killing Dove’s mother years earlier is released from prison. Still proclaiming his innocence, he approaches Dove with a startling accusation and a chilling threat that forces her to face the parallels between her own family’s trauma and that of the Trulys.

With countless accolades to her credit, author Tawni O’Dell writes with the “fearless insights” (The New York Times Book Review) she brought to the page in Back Roads and One of Us. In this new, masterfully told psychological thriller, the past and present collide to reveal the extent some will go to escape their fate, and in turn, the crimes committed to push them back to where they began.

This reading group guide for Angels Burning includes an introduction, discussion questions, and ideas for enhancing your book club. The suggested questions are intended to help your reading group find new and interesting angles and topics for your discussion. We hope that these ideas will enrich your conversation and increase your enjoyment of the book.

Angels Burning tells the story of a small town that has suffered the tragic and gruesome murder of a teenage girl. Local Police Chief Dove Carnahan has been tasked with finding the girl's murderer but must navigate through a slew of defensive and hostile relatives and friends in order to determine the truth. In the process of this investigation, dark secrets of a similar murder in the town years earlier are unearthed and the trauma from her personal life competes for Dove’s attention. Throughout the investigation, Dove learns that under everyone's tough exterior and behind all of the rumors that the locals spread, no one is who they appear to be--including those closest to her and even herself.

1. Discuss the title of the book Angels Burning. How does the title relate to Campbell Run’s hardships with the collapsed mine and its "ability to swallow up lives"? What is the physical and economic impact on the town’s inhabitants?

2.  Dove calls Campbell's Run a "poisoned ghost town." However she and many others have chosen to remain near it. Discuss Dove’s motivations for remaining in the town that has caused her so much pain. Discuss how your perception of her character and motivations changed after learning about her past. Was she really "on the side of the angels when it was all over?"

3. Discuss Dove’s motivations for becoming a police officer. In what ways did she grow up to protect others from the horrific things that happened to her, Champ, and Neely as children? In what ways is she trying to cope with the murder of her mother and the cover up?

4. Lucky, the man convicted of murdering Dove's mother, has been released from prison after 35 years. How has his release affected Dove? How does she react to him finding her? What is her perception of him and the past that they share?

5. How does Lucky’s return affect Dove’s investigation of Camio’s murder? Dove observes that "One of the worst aspects of growing older is the lengthening of hindsight. As it stretches, it becomes thinner and more transparent and we see things more clearly." How does Dove feel about her actions in her mother's death at the end of the novel?

6. Discuss how your interpretation of Dove’s investigative tactics changes after learning about her violent past. Has her personal history informed how she approached this murder investigation? Why or why not.

7. Dove observes she gets "these flashes of irrational passion where [she's] willing to risk everything [she's] worked for in order to accomplish one thing [she] can't control." Where do you see instances of this in the novel? Where does she lose her objectivity when reflecting upon Camio's murder and on her personal life?

8. Discuss how your impressions of some of the following characters changed and evolved throughout the novel: Dove, Champ, Shawna, Camio, Jessy, Zane, Lucky, and Miranda. Was your initial impression of these characters based on physical presentations and rumors? Did learning more about their backgrounds and experiences increase your empathy towards them? Why or why not?

9. Discuss the relationship between Dove, Neely, and Champ. How are they complicit in each other’s lies? How do they distance themselves to avoid thinking about their past and their mother?

10. As the first female Chief of Police in Franklin County, Pennsylvania, Carnahan faces sexism at various points in her career and throughout the novel. How does she deal with being treated differently among her co-workers and with the men and women she interrogates? What assumptions do others make based on her age? As Dove notes: "I'm okay with my age but nobody else is. Especially men."

11. Dove observes, "We didn't know living nightmares don't ever go away because you can't wake up from them. The most you can hope for is to dilute them by spreading them around." How does this quote reflect the lives of various characters in the novel?

12. Consider the parenting styles portrayed in Angels Burning. During the course of the novel, parents are portrayed abandoning their children, being disinterested in their well being, putting them in harm's way, or defending and protecting them. Reflect on how were these characters treated as children and think about how that may have informed their parenting style.  Dove observes: "I also know what it's like to have a mother who doesn't care about you. This isn't always the same thing as having one who doesn't love you. Love is a highly subjective concept; everyone has different standards for what qualifies." How this is reflected in the various relationships portrayed in the novel.

1. Read Tawni O’Dell’s previous novel One of Us with your book club. Discuss how these two novels relate to each other. Both are set in mining towns. Discuss the significance of setting and locale in O’Dell’s work.

2. Tawni O’Dell wrote an essay called “The Oprah Effect” for OfftheShelf.com detailing the experience of her book Back Roads being chosen as an Oprah Book-of-the-Month Club Main Selection. Read the essay here and discuss her experience: http://offtheshelf.com/2014/09/the-oprah-effect-tawni-odell-back-roads/.

3. Visit www.TawniODell.com to learn more about the author, her other books, and read other essays she has written. 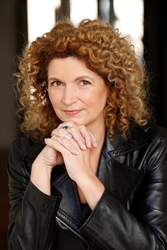 Tawni O’Dell is the New York Times bestselling author of six novels, including Back Roads, which was an Oprah’s Book Club pick and a Book-of-the-Month Club Main Selection. She is also a contributor to several anthologies, including Becoming Myself: Reflections on Growing Up Female. Her works have been published in more than forty countries.

"In Angels Burning, Tawni O'Dell ratchets up the suspense with stunning twists and turns that send the unsuspecting reader careening toward a shocking ending. Angels Burning is a no-holds-barred, page-turning, perfectly crafted thriller that kept me reading long into the night. I can only hope that this is not the last we hear of O'Dell's feisty and complicated protagonist Dove Carnahan."

– Heather Gudenkauf, author of THE WEIGHT OF SILENCE

"With a writer as insightful as Tawni O'Dell, and a protagonist as fascinating as Dove Carnahan, from the first page you brace yourself for the hard truths of the town of Campbell's Run. Angels Burning lives up to every bit of its promise. This is a terrific book."

“O’Dell returns with a captivating mystery… Filled with surprising twists and turns, this whodunit in a sullen town is a page-turner.”

“Compelling, fast-paced…O’Dell’s latest is character-driven fiction at its best.”

"Without doubt, Angels Burning is the best mystery I’ve read all year. Tawni O’Dell’s characters are at once brutal and tender, baffling and wise. They will hold you transfixed while this story sneaks up and breaks your heart."

"A feast of a story. O'Dell handles family, friendships and toxic love with a ferocity reminiscent of Pat Conroy."

"O’Dell’s language is as beautiful as her setting is bleak, and her characters live and breathe as they struggle over the defining line between victim and survivor. Angels Burning is a fine mystery, but O’Dell is also working on a broader canvas: the rust belt of the human heart."

– Matthew Guinn, author of THE SCRIBE and THE RESURRECTIONIST

"This book had me on the edge of my seat. I promise—you won't be able to put it down."

“O’Dell does a stellar job of depicting the despair of those who live in a blighted rural community, while providing a complex study of the human soul and the fragile line that’s crossed when someone chooses to end another person’s life.”

“A darkly compelling look into how the past colors the present, this psychological thriller will linger with readers.”

“Impossible to put down.”

“O’Dell shows why she is among the bestsellers. Her magic is powerful.”

“Intense psychological thriller…O’Dell tells her dark tale with assurance and a talent…Intriguing characters.”

By Tawni O'Dell
LIST PRICE £9.99
PRICE MAY VARY BY RETAILER