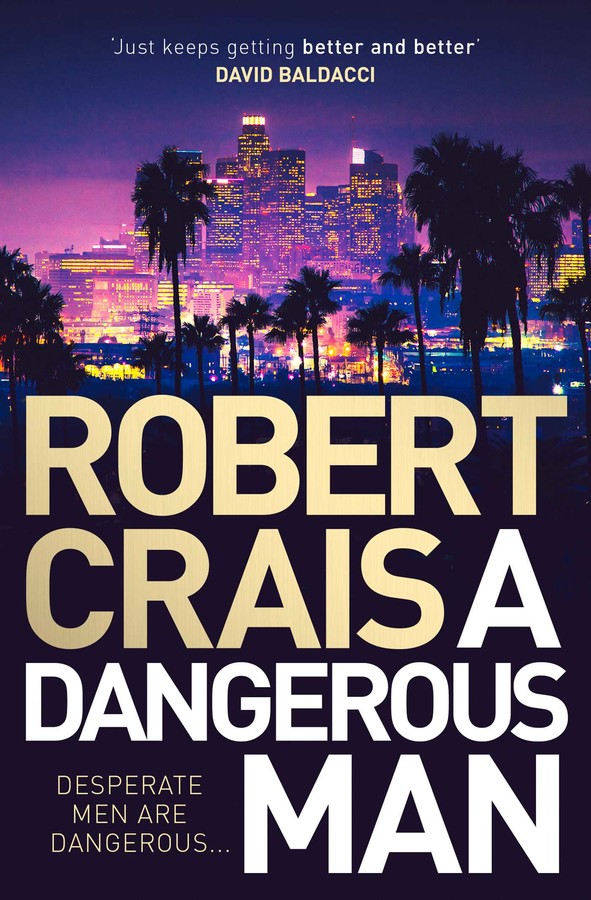 By Robert Crais
LIST PRICE £8.99
PRICE MAY VARY BY RETAILER

Joe Pike wasn't looking to save someone's life on the day he left the bank. But when he saw Isabel, a young teller, being forced into a car by two men, he had no choice but to chase them down.

Not long after being released on bail, the men are found dead and Isabel is missing. After his handling of the men, Pike is a prime suspect, along with Izzy – was this an abduction gone wrong? Or did it go exactly how she planned?

Convinced that her life is in danger, Pike involves Elvis Cole in a search for the truth, and for Izzy. But they’re not the only ones desperate to find her – and desperate men are dangerous.

As explosive as Michael Connelly and as addictive as Lee Child, A Dangerous Man has 'the smoothest writing and best storytelling you'll ever read' (DAVID BALDACCI)

*THE NEW COLE AND PIKE THRILLER*

'Bob is like a Porsche when it comes to writing. Indeed, it's quite fitting that he drives that model of car. Like the Porsche, his writing is elegant, stylish, funny, can fire on turbos when need be and dive deep when the plot demands it, but this is far and away some of the smoothest writing and best storytelling you'll ever read. He's written a lot of books, but just keeps getting better and better' DAVID BALDACCI

'Outstanding . . . Crais begins the story with deceptive simplicity but slowly ratchets up both the tension and the action with surgical precision . . . This one’s sure to hit the bestseller charts' Publishers Weekly (starred review)

'Crais is a whip-smart writer. Cole and Pike are carefully drawn, multilayered characters who've grown more complex through the years. This is one of the very best entries in a long-running and still first-rate series' Booklist on A Dangerous Man (starred review)

'If you've always wished Lee Child's Jack Reacher had a little more balance in his life - but the same formidable talents - you'll love Joe Pike and the latest book in this long, superb series . . . Crais never loses control of his clean, clear prose or his ability to sketch fully fleshed characters in a few scenes . . . A taut, exceptional thriller' Kirkus on A Dangerous Man (starred review)
Robert Crais
Robert Crais is the author of the bestselling Cole & Pike novels. A native of Louisiana, Crais moved to Hollywood in the late 70s where he began a successful career in television, writing scripts for such major series as Cagney & Lacey, Miami Vice and Hill Street Blues. In the mid 80s, Crais created a series of crime novels based around the characters Cole & Pike. In addition, Crais has also written several bestselling standalone thrillers. Robert Crais lives in LA with his wife and family.

By Robert Crais
LIST PRICE £8.99
PRICE MAY VARY BY RETAILER