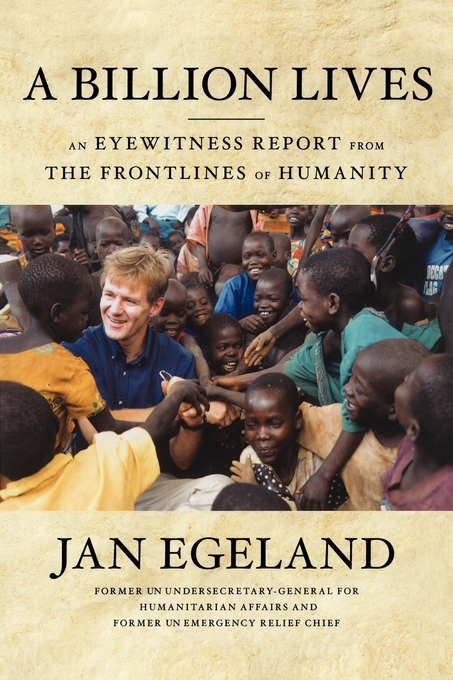 An Eyewitness Report from the Frontlines of Humanity

By Jan Egeland
LIST PRICE £11.99
PRICE MAY VARY BY RETAILER

Called "the world's conscience" and one of the 100 most influential people of our time by Time magazine, Jan Egeland has been the public face of the United Nations. As Undersecretary-General for Humanitarian Affairs, he was in charge of the Office for the Coordination of Humanitarian Affairs (OCHA) for three and a half years.

One of the bravest and most adventuresome figures on the international scene, Egeland takes us to the frontlines of war and chaos in Iraq, to scenes of ethnic cleansing in Darfur, to the ground zeroes of famine, earthquakes, and tsunamis. He challenges the first world to act. A Billion Lives is his on-the-ground account of his work in the most dangerous places in the world, where he has led relief efforts, negotiated truces with warlords, and intervened in what many had thought to be hopeless situations.

As one of Secretary-General Kofi Annan's closest advisers, Jan Egeland was at the heart of crises during a difficult period in UN history, when the organization was plagued by the divisive aftermath of the Iraq war, the Oil-for-Food scandal, and terror attacks against UN workers. On the day Egeland came to New York to take up his job, the UN building in Baghdad was destroyed by a huge bomb, killing one of his predecessors, Sergio de Mello. Two months later Annan sent Egeland to Iraq to judge whether the UN could keep a presence there.

Since that first mission to Baghdad, Egeland has been envoy to such places as Darfur, Eastern Congo, Lebanon, Gaza, Northern Israel, Northern Uganda, and Colombia. He coordinated the massive international relief efforts after the Indian Ocean tsunami and South Asian earthquake. As a negotiator and activist, Egeland is famous for direct language, whether he's addressing warlords, guerrilla leaders, generals, or heads of state.

A Billion Lives is his passionate, adventure-filled eyewitness account of the catastrophes the world faces. And so Egeland writes that he has met the best and worst among us, has "confronted warlords, mass murderers, and tyrants, but [has] met many more peacemakers, relief workers, and human rights activists who risk their lives at humanity's first line of defense."

In spite of the desperate need of so many, Egeland is convinced that, "For the vast majority of people, the world is getting better, that there is more peace, more people fed and educated, and fewer forced to become refugees than a generation ago. So there is reason for optimism," he concludes in this groundbreaking book that does not flinch but holds out reasons for hope. 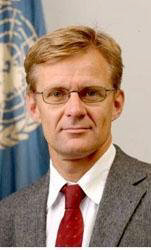 Jan Egeland is Director General of the Norwegian Institute of International Affairs. He was the UN Undersecretary-General for Humanitarian Affairs and its emergency relief coordinator from August 2003 to December 2006. From 1999 to 2002, he was the UN secretary-generalÕs special envoy for war-torn Colombia. As state secretary in the Norwegian Ministry of Foreign Affairs he was initiator of the Norwegian channel between Israel and the Palestine Liberation Organization that led to the Oslo Accord in 1993. Egeland lives in Oslo, Norway, and is frequently in the United States.

An Eyewitness Report from the Frontlines of Humanity

By Jan Egeland
LIST PRICE £11.99
PRICE MAY VARY BY RETAILER