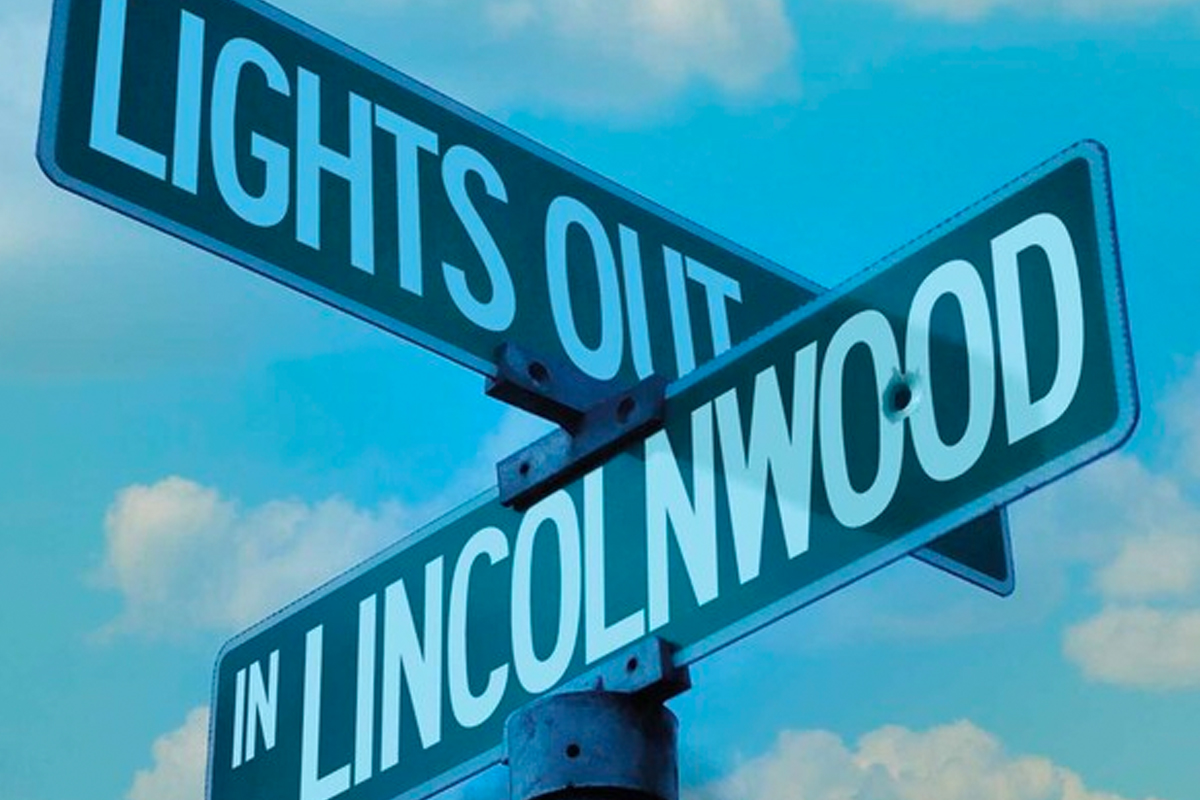 Geoff Rodkey’s new novel Lights out in Lincolnwood is about a family trying to survive in the wake of a global calamity that upends all of modern life. We tracked him down to discuss the dystopian themes in the book and much more.

Despite charting the end of civilisation as we know it, Lights out in Lincolnwood is very funny.  How important is involving humour for you? Is balancing the serious and the humorous a difficult task?

I’ve been writing comedy professionally for 28 years (starting with the “Cow Tipping” episode of MTV’s Beavis and Butt-head in 1994 and continuing through five movies and a dozen books), so at this point, finding humour in even the darkest subjects is pretty much reflexive. As to whether combining the serious and the humorous was successful, opinions vary. After the hardcover came out, I got an email from reader who called a chapter in Lights Out in Lincolnwood “the funniest passage I have ever read in a book, and since I’m 80 years old, I’ve been reading for a long time.” At the other end of the spectrum was an Amazon customer who wrote “I don’t understand the many reviewers who said this book is funny. There is nothing remotely funny about it.” That said, he also called it “a thought-provoking novel that I will not soon forget.” Which is definitely preferable to the guy on Amazon who titled his review “Funny? Really?”

Your depiction of the family dynamics at the heart of the book felt incredibly real and relatable. Why did you choose to focus on a single family and their community?

I wanted to explore the gap between a wealthy suburban family’s day-to-day preoccupations—job hassles, college applications, peer group conflicts, substance abuse—and the basic human needs (like food and water) that most of us never have to worry about because we’ve outsourced them to complex modern systems. If those systems break down along with mass communication infrastructure—so you know something serious has happened, but you don’t know how widespread or permanent it is—how long does it take you to quit stressing over your boss’s petty work demands and start trying to figure out how you’re going to find clean drinking water? At what point do you get desperate enough to loot your local Whole Foods? (Although I guess that’d be Waitrose, if you’re in the UK?) If you wait too long, all of your rich, panicky neighbors will have emptied the shelves already. And if you’re in America, at what point do those neighbors start pulling out their legally owned assault rifles? And what if you’re certain this is the apocalypse, but your kids think you’re just being hysterical? A lot of the comedy and dramatic tension in the story comes from the fact that these four family members don’t all make the psychological transition to survival mode at the same speed or with the same urgency.

There is also a darker side to the story about how quickly chaos can descend if order is disrupted – how we’re really only one apocalypse away from total anarchy. Is there, to quote the author Victoria Selman, ‘nothing more dangerous than the darkness that lurks within ourselves’?

The book was released into the middle of a global pandemic – what was that like?

It was both gratifying and annoying. Gratifying, in the sense that the book turned out to be eerily prescient. Near the end of the story is a line of interior monologue: What happens when we run out of toilet paper? I wrote that in December 2019, four months before the covid shutdown triggered a real-life toilet paper shortage. A few months later, in the opening days of the protests after George Floyd’s murder, my Manhattan neighborhood got looted. Then some wealthy jackass in a polo shirt in suburban St. Louis became briefly famous for standing on his lawn with an assault rifle while a group of protestors walked by, which was so on-the-nose for Lincolnwood that I asked my publisher if we could put a cartoon of him on the cover of the U.S. edition. Then came January 6th, a violent insurrection committed almost entirely by the kind of suburban white guys who decide to start a militia in Lincolnwood. And in February 2021, a cold snap in Texas led to a mass power and water outage almost identical to the one in the book. By the time it published, half the plot had manifested in reality. The annoying part was that it turned out to be a lot more fun to imagine social disintegration than it was to live through it. At this point, I’m half-tempted to agree with the Amazon reviewer who thinks there’s nothing funny about this stuff.

Which character did you most relate to and why?

Most of the problems the four family members are wrestling with as the story begins turn out to be pretty insubstantial once the apocalypse gets going. The one exception is Jen, a disgruntled businesswoman-turned-stay-at-home mom whose semi-secret drinking problem is serious enough to have consequences that only get more serious once the world around her starts to crumble. In reality, substance abuse occurs on a continuum between I think maybe I’d be happier if I drank less? and If I don’t lock myself up in a rehab ASAP, there’s a decent chance I’m going to die. Jen’s somewhere in the vast gray area between those two poles, which I know from experience is a confusing, painful, and lonely place that can really piss off your family members.

Have you always written? Did you always know that one day you would write a book?

The ten books I published prior to Lights Out in Lincolnwood were strong indicators that there would eventually be an eleventh. Those first ten were for middle grade kids, which was a reflection of both market imperatives—I write comedy, which as a genre tends to be much more popular with kids than adults—and my life stage. Now that my own kids have grown up, I’ve lost both my access to raw material and my appetite for writing to that audience.

Are there any authors that have inspired you over the years?

Tons, but for the sake of brevity, I’ll just name one: Maria Semple, whose book Where’d You Go, Bernadette? is the rare example of a contemporary comedic novel that reached a wide audience. I loved that book so much that I kinda-sorta ripped off its epistolary structure for a kids’ series, The Tapper Twins. I have a friend who works in a bookstore, and she told me that for a year or two after Where’d You Go, Bernadette? came out, people would come into her store and say, “I loved that book! What else do you have that’s like it?” And because comedy is such an underrepresented genre in adult fiction, the answer was usually, “Nothing.” My highest aspiration as a fiction writer for adults is to create the kind of books you’d give to someone who enjoyed Bernadette.

The book is set in a fictional New Jersey town called Lincolnwood. Why did you create a fictional place and what was it inspired by?

I created a fictional place so the residents of the non-fictional place couldn’t sue for misrepresentation. The truth is that Lincolnwood, New Jersey is a thinly veiled amalgam of Glen Ridge, plus the tonier parts of Montclair. Almost all of the book’s locations actually exist, along with a potentially libelous number of its characters.

Geoff’s new novel, Lights Out in Lincolnwood, is out in paperback now. 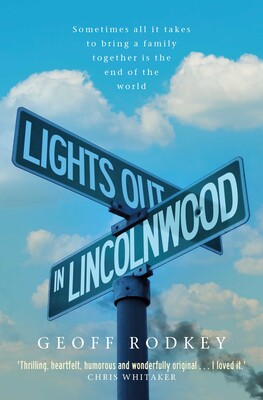 Lights Out in Lincolnwood
By Geoff Rodkey

‘Thrilling, heartfelt, humorous and wonderfully original. Lights Out in Lincolnwood takes a darkly wry look at just what happens when ordinary meets extraordinary. I loved it' CHRIS WHITAKER

Fifty-something Dan is struggling to cope with a mid-life career change. MBA-educated wife and mother Jen has dealt with life’s disappointments by becoming a closet alcoholic. Seventeen-year-old Chloe is obsessing about getting into the right university and her state tennis semifinals. Fourteen-year-old Max is trying to figure out when he can next sneak a puff on his beloved vape and plotting revenge on the school bully.

Until, one day, the lights go out.

And what happens next will change everything…

Funny and heart-warming, Lights Out in Lincolnwood is the story of one ordinary family and their unexpected adventure of a lifetime