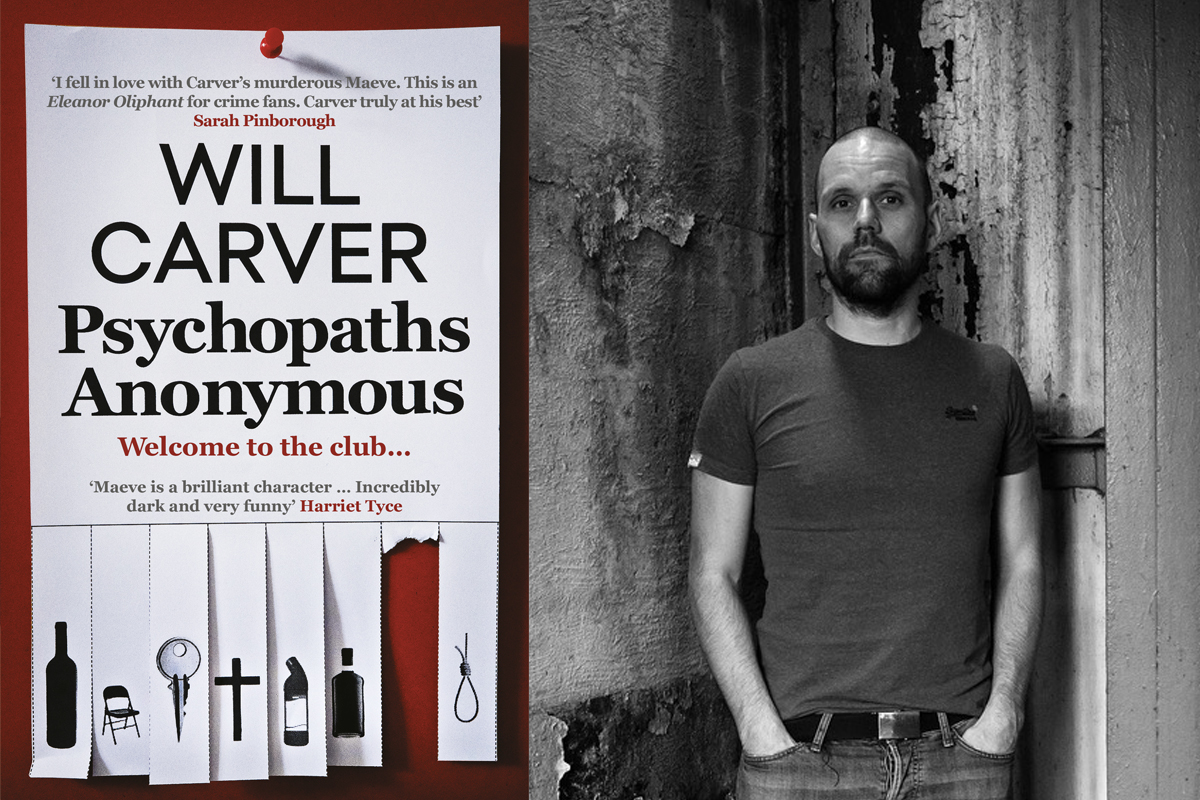 Will Carver, author of Psychopaths Anonymous, lists the five fictional psychopaths he'd invite to a dinner party like no other...

When asked to come up with my five favourite psychopaths for a dinner party, like most people, my mind went straight to Hannibal Lecter. But there’s that worry about what you might be eating if he is bringing food or snacks. As a vegan, I wouldn’t have the same anxiety that the meat-eaters might have. Another benefit to Lecter is the stimulating conversation and the fact that he would bring a decent bottle of wine.

Part of me thought about inviting one of the psychopaths from my own novels. Mrs May from The Beresford would undoubtedly help in the kitchen and she listens well, letting everyone around the table speak. And there’s Maeve from Psychopaths Anonymous, who I know could keep up with me when it comes to the drinking, but it would be wrong to spend an evening with someone that I have created, and a tad self-indulgent to include them in my list.

I thought about Kevin Khatchadourian, too, because I think he would be the most interesting psychologically. Someone to just watch all night and wonder about. But how fun is that? I’d spend the night sweating. I think he probably falls more on the side of sociopathy on account of his social awkwardness, anyway, so he’s not invited.

I figured that I want people at the table who bring something different to proceedings. So here it is:

Perhaps my favourite psychopath in literature. A huge influence on how Maeve turned out in Psychopaths Anonymous. Sure, he’s vain and empty but I’d put him in charge of the music for an awesome night of 80s classics.

A great opener with any writer is to say, ‘Oh, I loved your book’, and Annie is a true fan of the written word, isn’t she? We could talk about books all night and I would be safe in the knowledge that her fascination is not with me so there is no chance of getting drugged and hobbled.

An ally. You can’t have five psychopaths in a room and let your guard down fully. (Not the violent ones, anyway.) Sure, he has the tendency to dominate a conversation and that might rile some of the others but his confidence and wit would see him through, I’m sure. Also, he would definitely see something happening before it even happened, so if one of the others was thinking of eating my liver, Holmes would be able to give me the heads-up, rather than pouring the Chianti.

Look, we should never rejoice in the death of another human. This should be a rule. But we should break this rule when it comes to Joffrey. That sense of justice when he is poisoned, as he gropes at his neck, gasping for air and foaming at the mouth, I could understand if people cheered at this. I’d like to invite him, have his drink poisoned and watch it for myself. (I know this sounds dark but I think it’s okay because he is fictional. Please don’t have me sectioned.)

He’s well travelled. He knows about wine. He plays the piano. He likes art and can find his way around a boat. And, if all else fails and the night hits a slow point, he can always fall back on his uncanny impersonations.

So there you have it, my psychopathic dinner. Music, art, books and plenty of wine. We’d get to kill Joffrey again and the rest could discuss amongst themselves whether or not there was a sixth psycho at the table, while I’m in the kitchen roasting up some tofu.

Will Carver is author of Psychopaths Anonymous, published on 25th November by Orenda Books