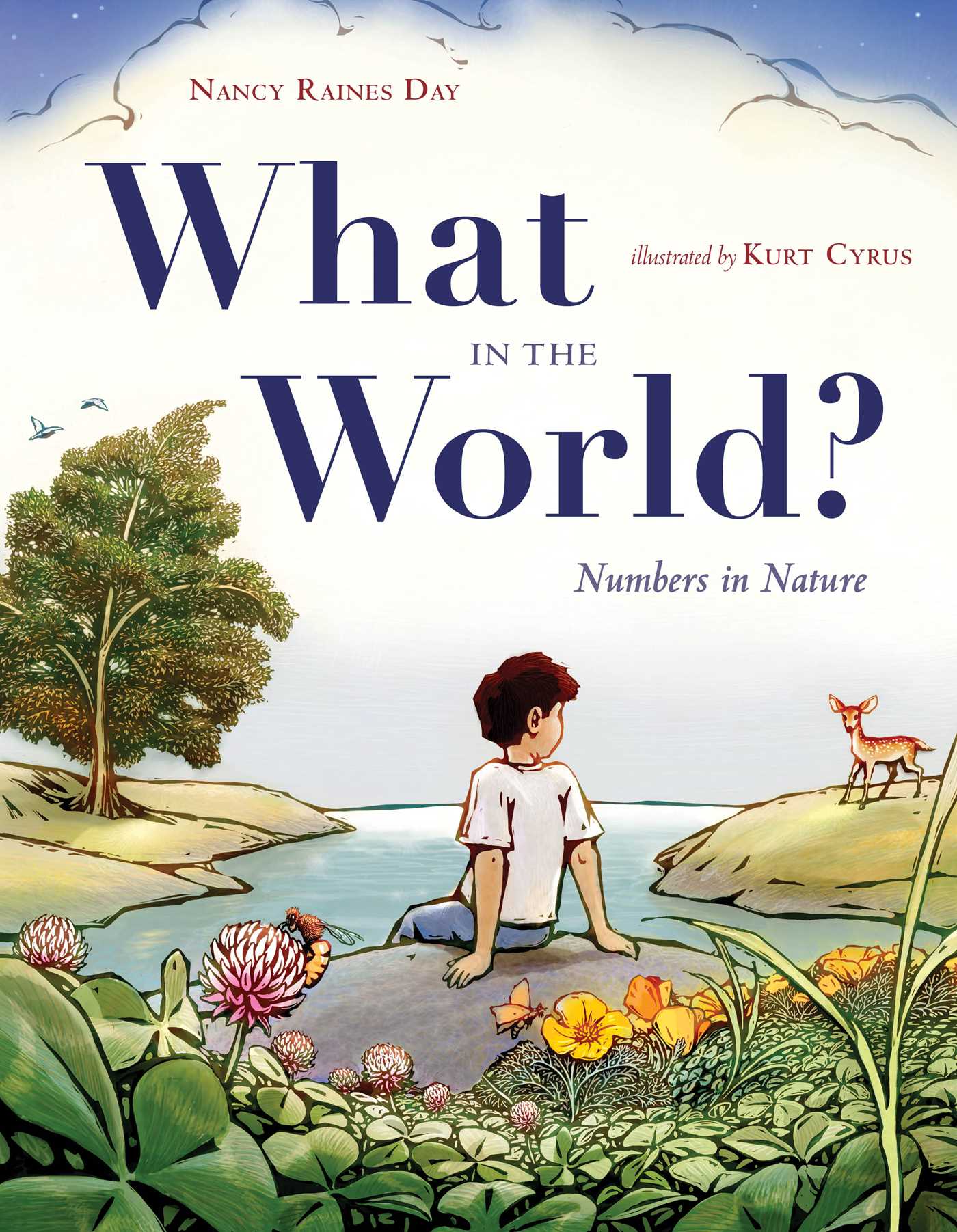 What in the World?

Discover nature by the numbers in this gorgeous, innovative counting book.

The natural world is full of sets of numbers: from birds’ wings in twos and clover leaves in threes to deer hooves in fours and octopus arms in eights. This book uses playful rhyming text to explore these numerical sets in vibrant detail, ending with the stars in the sky—a number set too big to count! 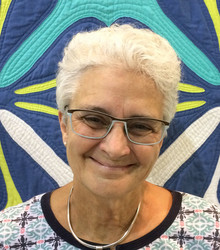 Nancy Raines Day loves sharing the wonders of the natural world with children through her picture books, which include Way Down Below Deep and Piecing Earth and Sky Together. She is also the author of Pirate Jack Gets Dressed. She lives on St. Simons Island in Georgia. Visit her at NancyRainesDay.com.

Kurt Cyrus has illustrated numerous acclaimed picture books celebrating the natural world, including What in the World?: Numbers in Nature by Nancy Raines Day; Mammoths on the Move by Lisa Wheeler; and his own Tadpole Rex and The Voyage of Turtle Rex. Kurt lives with his wife in McMinnville, Oregon. Visit him at KurtCyrus.com.

Day’s simple rhyming text encourages children to count natural phenomena. From one moon and sun to stars in “sets too big to count,” her examples give viewers opportunities to hone their skills. The large format encourages group participation. For the most part, the items to be counted are easily identified. Five arms on five sea stars and eight undulating octopus limbs are exceptionally clear. The seven colors of the rainbow shading from one to another will be harder to distinguish, and the child’s crossed arms hide one finger. Yet, Cyrus’s thoughtfully composed illustrations will reward repeated viewings, because featured objects recur in several places. For example, the three bees hovering in the lower corner of the spread featuring two bluebirds appear prominently when the page is turned. Sharp-eyed viewers will be rewarded by such discoveries, including the appearance of many plants and animals traced in the night sky among the stars. VERDICT This book can serve as a group introduction to encourage students to spot sets in the natural world and inspire one-on-one or independent viewers to spot the interconnections in the illustrations.–Kathy Piehl, Minnesota State University Library, Mankato

This more-than-a-counting-book introduces things recognizable in numbered sets. The compact, rhyming narrative rhetorically asks readers to think about numbers in the world, beginning and ending with eyes on the sky: "What in the world comes one by one? / A nose. A mouth. The moon. / The sun." Young listeners who comprehend the world through the ways it can be measured will find this gripping and consoling. For little ones who like to enumerate their world, here's an affirmation that much of it can be counted, appreciated for its finitude, and observed in its varied, living parts. The counting goes up through 10, looking at birds, insects, sea creatures, and deer in the seaside forest. "Three" invites discussion about the parts of bees—their bodies comprise head, thorax, and abdomen, but they also have wings and antennae. The word—sets—that has been implied all along appears near the end: "And what comes in sets too big to count?" Here, on the last two double-page spreads, a starry sky bears the faint outlines of each numbered thing that has come before—our human eyes impose order on the nearly limitless stars. Cyrus' digitally rendered art uses solid dark outlines for objects and clear, rich tones for a feeling of spaciousness and peace.Textured, visually rich, and gracefully simple, this is a fine blend of informative poetry and illustration.

In this calm counting book, Day (A Is for Alliguitar) numbers elements in nature: “What in the world comes one by one?/ A nose. A mouth. The moon. The sun.” Day’s rhyming text follows this formula from one to 10, detailing things that come “two by two” (birds’ wings) and “in threes” (clover leaves and bees’ segmented bodies). For “eight by eight,” Day names “Octopus limbs that undulate,” and in case anyone thinks first of spiders’ legs, an author’s note suggests each reader “look for a numerical set in the world around you.” (Nine is a tough one, and the nine-spined stickleback fish fills the bill.) Cyrus (The Voyage of Turtle Rex) pictures earth, water, and sky in serigraph-style digital art with limpid backdrops that resemble watercolor wash. His imagery—including a spread of a child dipping his toes in a tide pool where sea stars congregate—evokes pristine places in nature, even if his method gives the settings and creatures a curiously plasticky smoothness. Pleasant and diverting, this numerical list may well encourage readers to notice patterns in natural phenomena. Ages 4–8. (Sept.)

“The numerical nature of nature forms the basis of this elegant rhymed counting book, which calls attention to orderly patterns all around us. What comes grouped in threes? “Leaves of clover, bodies of bees.” Nines? “Stickleback fish’s prickly spines.” We end with a set that is “too big to count” – stars in the night sky, in constellations shaped like the previous numbered things.”

The delightful rhythm and layout of this counting bookkeeps the reader guessing what element of nature will be featured from page topage. Beginning by finding things in nature that come one by one, the authorbuilds the story to ten and beyond, ending with stars too numerous to count.The questions presented in the text, such as “What in the world comes groupedin nines?” will engage readers as they attempt to discover the answers. Therhyming text is well-placed on the page and flows well with the delicateillustrations. This book will intrigue budding scientists, and would be a greatselection for studying mathematical sets with young children. It will providechildren with a new perspective of the natural world around them, and would bea great companion on a nature walk. AnneO. James, Librarian, Brownsville Elementary, Crozet, Virginia [Editor’s Note:Available in e-book format.]

"What in theworld comes one by one?" begins this delightful, rhythmic book aboutfinding numbers in nature by Nancy Raines Day (Way Down Below Deep; PiecingEarth & Sky Together). The answer is: "A nose./ A mouth./ Themoon./ The sun." "What in the world comes two by two?" "Apair of birds with wings of blue." Threes? "Leaves of a clover,bodies of bees." Four by four? "Petals of poppies, hooves—andmore." Five by five? "The arms of sea stars, all alive." It'salways exciting to come across a book that offers up a new perspective on theworld, and the beautiful, expansive compositions of Kurt Cyrus (Lisa Wheeler's Mammothson the Move, Tadpole Rex) reflect Day's contagious awe ofnature and its numbers.

What in the World Coloring Pages (pdf)

What in the World?