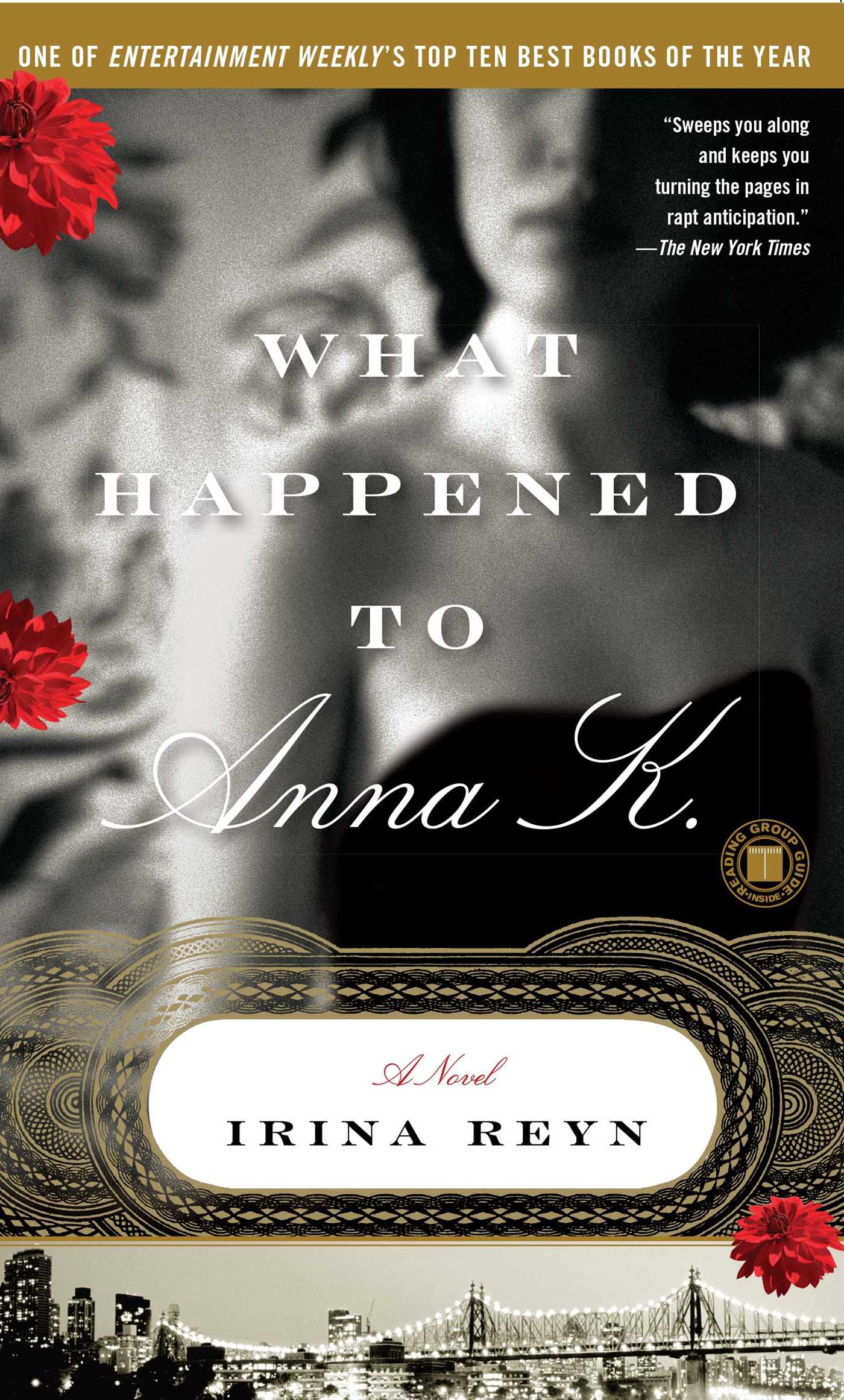 What Happened to Anna K.

By Irina Reyn
LIST PRICE £5.99
PRICE MAY VARY BY RETAILER

Vivacious thirty-seven-year-old Anna K. is comfortably married to Alex, an older, prominent businessman from her tight-knit Russian-Jewish immigrant community in Queens. But a longing for freedom is reignited in this bookish, overly romantic, and imperious woman when she meets her cousin Katia Zavurov's boyfriend, an outsider and aspiring young writer on whom she pins her hopes for escape. As they begin a reckless affair, Anna enters into a tailspin that alienates her from her husband, family, and entire world.

In nearby Rego Park's Bukharian-Jewish community, twenty-seven-year-old pharmacist Lev Gavrilov harbors two secret passions: French movies and the lovely Katia. Lev's restless longing to test the boundaries of his sheltered life powerfully collides with Anna's. But will Lev's quest result in life's affirmation rather than its destruction?

Exploring struggles of identity, fidelity, and community, What Happened to Anna K. is a remarkable retelling of the Anna Karenina story brought vividly to life by an exciting young writer.

What Happened To Anna K.
For Discussion
1. Though What Happened to Anna K. is a sharply contemporary novel, there are many structural nods to its source material, such as the introduction to new characters through the impersonal perspective of the wedding videographer. How else is the narrative like that of a nineteenth-century novel? Why do you think David's perspective is never fully revealed, unlike most of the other characters in the novel?
2. Describe the various types of romantic idealism depicted in the novel. Is there a conflict between Anna's traditional romanticism, tied to heroes like Darcy and Heathcliff, and her dreams of a Woody Allen-style New York love affair? How do these imagined passions compare to Lev's longing for the romance of French films? How do these scenarios contrast with real life? In what ways are these ideals destructive?
3. Anna is seen both from her own perspective and through the eyes of others. How does her sense of herself differ from how she is perceived? Is her own vision of herself the true one, or is she at times blind to truths that others observe?
4. In what ways is beauty used as currency in Anna's world? Why do you think Anna's aging changes her outlook so dramatically? If she had not been raised with the goal of attractiveness, would her story have been different? Do you think this standard for women is universal or specific to Anna's community?
5. Why do you think Anna never voices complaints within her marriage? Can Anna fault Alex for not knowing her, when she never truly attempted to communicate? Is she later guilty of not wanting to know the real David?
6. Anna wonders, "Is there room for the comfort of routine and the wild beating of the heart to coexist in a single life?" (Page 76) Why are these concepts at odds with one another? Do you believe that these two aspects of love can be combined in a relationship?
7. Meeting with Nadia at Bloomingdale's, Anna notices that "it seemed that no one cared she had had an affair; her biggest crime was in shattering their shared mythology by acting on it." (Page 137) Why do you think the "mythology" of marriage and money is so closely guarded? Why is it fragile? Why do you think these values take the place of moral consideration in this world?
8. How does Anna's tragedy compare to the histories of older generations -- their tales of poverty, starvation, illness, and persecution? Why is Anna separated from the "shared narrative" (page 40) of the more insulated Bukharian Jews? How does her broadened world and its expanded options help to create her depression?
9. Discuss the use of trains in What Happened to Anna K. Why do you think the train is such a powerful image for Anna? How does it evolve as a symbol throughout the novel?
10. Many possible causes of Anna's unhappiness are discussed, from her passion for the world of books to her alienation from every culture as an Americanized immigrant. Ultimately, why do you think Anna is so desperate to be saved by true love? Why does she feel the need to be a big story?
11. In both Tolstoy's epigraph and the context of David's father's book, Reyn mentions the idea that "it is in the everyday that history is revealed." (Page 178) How do you think this work speaks to the history of our own time?
Enhance Your Book Club
1. Next read Tolstoy's classic work Anna Karenina, upon which this novel is based. Compare not only the stories but also the themes within their different contexts.
2. Much of What Happened to Anna K is set in restaurants catering to Russian immigrants. Plan a trip to a Russian restaurant, or liven up your meeting at home with Russian delicacies and vodka. For recipes, go to www.ruscuisine.com
3. Explore the Russian folktales described in the novel. The stories of "Vasilisa the Beautiful," "Baba Yaga," and others can be found at www.oldrussia.net 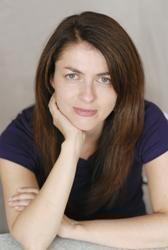 Irina Reyn is a fiction and nonfiction writer who divides her time between Pittsburgh and Brooklyn. Her work has appeared in anthologies and publications such as The Forward, San Francisco Chronicle, The Moscow Times, Nextbook and Post Road. Born in Moscow, Irina was raised in Fair Lawn, New Jersey.

"Irina Reyn has done the impossible: she has reimagined one of mankind's very best novels, and made it beautifully her own. That she has not diminished Tolstoy but updated him -- freshened him for the strange, sensuous time in which we live -- is as wondrous a feat as I can recall in contemporary fiction." -- Darin Strauss, author of Chang and Eng and The Real McCoy

"This witty, psychologically astute, and immensely pleasurable novel is something of a miracle. By dint of some divine stubbornness, the author has folded the Tolstoyan paradigm of grandeur and regret into our pettier, shallower age, and illuminated both in the process. I know of no recent first novel that has better captured the way we live now, with as assured a sense of comedy and compassion." -- Phillip Lopate, author of Waterfront and Portrait of My Body

"This intricately woven and, frankly, bedazzling novel is more than a retelling of Anna Karenina. It's a laser-sharp portrait of the contemporary Russian-American dream, New York style. Irina Reyn's voice is sophisticated and street smart, and once I became acquainted with her characters I could not put this novel down." -- Frederick Reiken, author of The Odd Sea and The Lost Legends of New Jersey

"What every émigré community deserves is a few fearless, insightful, and penetrating young voices both to announce an arrival and sing an elegy. Irina Reyn is one of those voices, and her first novel is as charming as it is sad, as funny as it is revelatory." -- Tom Bissell, author of God Lives in St. Petersburg and The Father of All Things

"Irina Reyn's sly wit and perfect-pitch dialogue make this modern-day retelling of Anna Karenina a delight to read. Reyn is a cunning writer who knows her subject -- Russian-Jewish immigrants in New York City -- inside out, and casts a skeptical glance at their habits, aspirations, and thwarted destinies. Readers should love this novel, whether or not they know the original Anna." -- Lynne Sharon Schwartz, author of Ruined by Reading and Leaving Brooklyn

"Irina Reyn's debut offers a feisty reimagining of the original tale, with contemporary Russian-Jewish characters in Queens, Manhattan, and Brooklyn brought to vividly detailed life -- and with the conundrums and consolations of immigration itself rendered compassionately and smartly." -- Martha Cooley, author of The Archivist and Thirty-Three Swoons

What Happened to Anna K.

By Irina Reyn
LIST PRICE £5.99
PRICE MAY VARY BY RETAILER