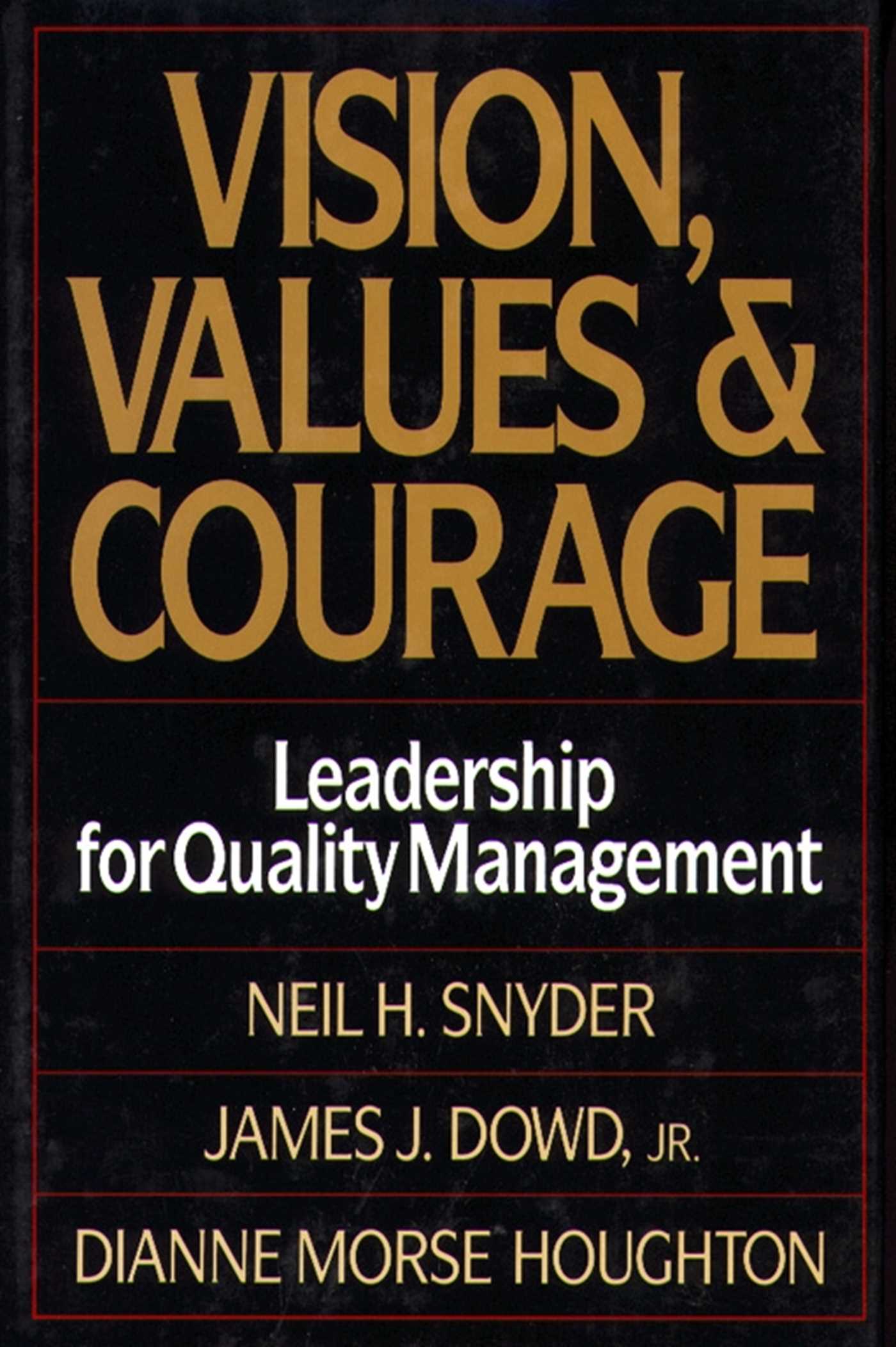 By Neil Snyder
LIST PRICE £16.49
PRICE MAY VARY BY RETAILER

Today, quality is the battleground on which global competition takes place, yet without effective leadership no quality program can succeed. This penetrating book exposes the problems that arise when leadership in business fails to do its job, and offers powerful, inspirational examples of firms that have confronted this problem and prevailed through leadership that aims at producing quality results. By highlighting the practices of such noted leaders as Walt Disney and Michael Eisner at Walt Disney, Ray Kroc at McDonald's, Sam Walton at Wal-Mart, David Kearns at Xerox, and Robert Galvin at Motorola, the authors reveal how each of these legendary leaders possessed three crucial leadership characteristics -- vision, strong values and beliefs, and the active courage to make their visions a reality. These characteristics, they show, make the difference between superior performance and "business as usual." With eloquent case studies, the authors demonstrate that unusually successful business leaders show the way for their employees by nurturing cultures that encourage and reward quality performance and by exhibiting personal characteristics that inspire excellence. A leader dedicated to a single vision, the authors show, inspires personal commitment to a common purpose. Walt Disney had a vision of a company that would never stop creating, innovating, and growing. Values and beliefs serve as the basis for direction and action in a business. Superior leaders, the authors argue, are expert in the promotion of values -- such as Ray Kroc's obsession with high-quality, inexpensive food in a clean environment. The courage to make things happen is exhibited most dramatically by Sam Walton's perseverance in mass market retailing. The payoffs for these superior leaders included the loyalty and commitment of their employees, quality, and profits.
The authors' approach to leadership for quality management -- with its focus on vision, values, and courage -- emphatically demonstrates what leaders must do to consistently produce quality results if they want their organizations to prosper and grow.

Charles G. Tewkfbury President, Institute of Textile Technology In their well researched, candid analysis of the personal attributes that set leaders apart from managers, Snyder, Dowd, and Houghton have isolated the essential "nuggets" -- personal beliefs and behaviors that truly effective leaders exhibit. Vision, Values, and Courage is a must reading for the student of management, whether a young person preparing for a career in business leadership or a seasoned leader.

Jeffroy C. Walker Managing Partner, Chemical Venture Partners A fascinating synopsis of how vision and leadership differentiate world class companies like McDonald's, Xerox, Wal-Mart and Disney from stagnant giants like Sears and IBM. The 'best practices' identified by the authors are models that I will use when working with the CEOs of the companies in which we have investments.

Carolyn Gunn Training and Development Manager, Hewlett Packard Vision, Values, and Courage struck me as very real and tuned-in. I found the depth and richness of examples from beyond-the-business world stimulating and utterly refreshing, providing a valuable balance to the anecdotal and company-specific material.

Harry E. Figgie, Jr. CEO and Chairman, Figgie International This fabulous book demonstrates how vision, values, and courage are the quintessential traits American managers must possess if we are to regain world leadership. A "must" read.

Dennis F. Ratner CEO and President, The Hair Cuttery All entrepreneurs must embrace these concepts.

By Neil Snyder
LIST PRICE £16.49
PRICE MAY VARY BY RETAILER