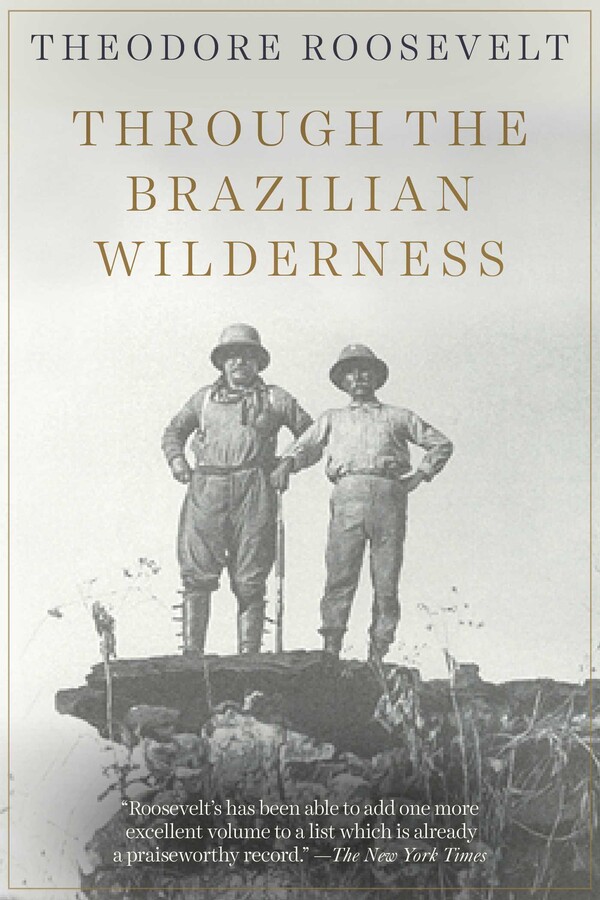 Through the Brazilian Wilderness

In 1914, with the well-wishes of the Brazilian government, Theodore Roosevelt, ex-president of the United States; his son, Kermit; and Colonel Rondon travel to South America on a quest to course the River of Doubt. While in Brazil, Theodore is also tasked with a zoogeographic reconnaissance” of the local wilderness for the archives of the Natural History Museum of New York. In addition to the perils of the incredibly difficult and dangerous terrain, the river was nicknamed The River of Death” as a testament to its ferocious rapids. Covering a previously undocumented area of South America, this expedition would be a momentous undertaking and fraught with danger.

The expedition, officially named Expedicão Scientific Roosevelt-Rondon, was not without incident; men were lost, a cannibalistic tribe tracked the group, and at one point Roosevelt contracted flesh-eating bacteria. In the end though, the Roosevelt-Rondon expedition was a success, and the River of Doubt was renamed the Rio Roosevelt in his honor. Written by a city-born boy who grew up to be a true explorer and leader, Roosevelt’s Through the Brazilian Wilderness is a unique and important part of history, and it is indicative of the ex-president’s true wanderlust and bravery. Candid black-and-white photos from the expedition fill the pages, adding further dimensions to this remarkable journey.

Through the Brazilian Wilderness is an engaging must-read for historians, Roosevelt fans, and modern-day explorers alike.

Skyhorse Publishing is proud to publish a broad range of books for hunters and firearms enthusiasts. We publish books about shotguns, rifles, handguns, target shooting, gun collecting, self-defense, archery, ammunition, knives, gunsmithing, gun repair, and wilderness survival. We publish books on deer hunting, big game hunting, small game hunting, wing shooting, turkey hunting, deer stands, duck blinds, bowhunting, wing shooting, hunting dogs, and more. While not every title we publish becomes a New York Times bestseller or a national bestseller, we are committed to publishing books on subjects that are sometimes overlooked by other publishers and to authors whose work might not otherwise find a home.

Through the Brazilian Wilderness