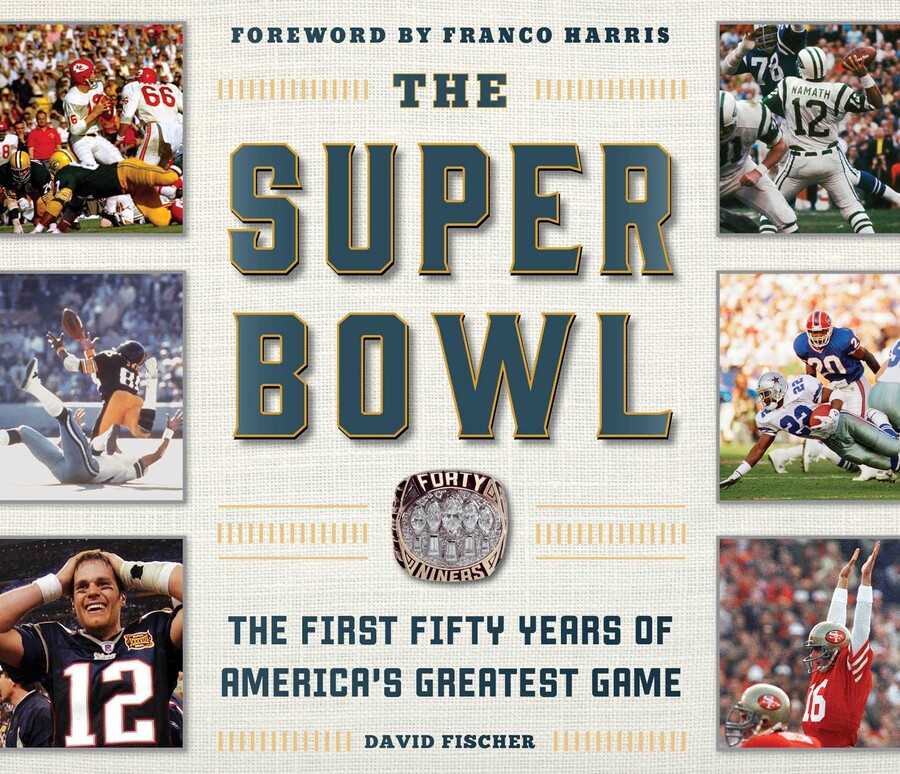 In 1966, as the champions of the AFL and NFL prepared to play each other for the first time, Kansas City Chiefsowner Lamar Hunt wrote the following to Commissioner Pete Rozelle: I have kiddingly called [the championship game] the Super Bowl, which obviously can be improved upon.”
How wrong Hunt was. After the AFL merged with the NFL, Super Bowl” became the official title of the NFL championship game in the years to come. In celebration of the first fifty Super Bowls, David Fischer traces its evolution from a game that didn’t sell out in 1967 to a worldwide phenomenon with a viewership in the hundreds of millions.
Packed with dozens of arresting full-color illustrationshighlighting game action, memorabilia, and players and coachesThe Super Bowl includes sections on the greatest games, individual performances, and game-changing plays. Fischer explores unique Super Bowl angles as well, including a ranking of The Best Who Never Won” and The Best Who Never Lost,” along with perspectives from players and fans. He covers the action, the heroes, the strategy, and the records from half a century of championship football.
This celebration of the fiftieth anniversary of America’s premier sporting event is an essential addition to any football fan’s collection.

Fischer break[s] his narrative into chapters and makes subjective calls along the way. Since sports fans love a good argument, there’s nothing wrong with that approach and the author supports his opinions with many appropriate game details. [T]he sidebars  for instance, The Best Who Never Lost,’ The Best Who Never Won’  offer a slew of interesting angles and insights.’ --Newsday

Fischer break[s] his narrative into chapters and makes subjective calls along the way. Since sports fans love a good argument, there’s nothing wrong with that approach and the author supports his opinions with many appropriate game details. [T]he sidebars  for instance, The Best Who Never Lost,’ The Best Who Never Won’  offer a slew of interesting angles and insights.’ --Newsday