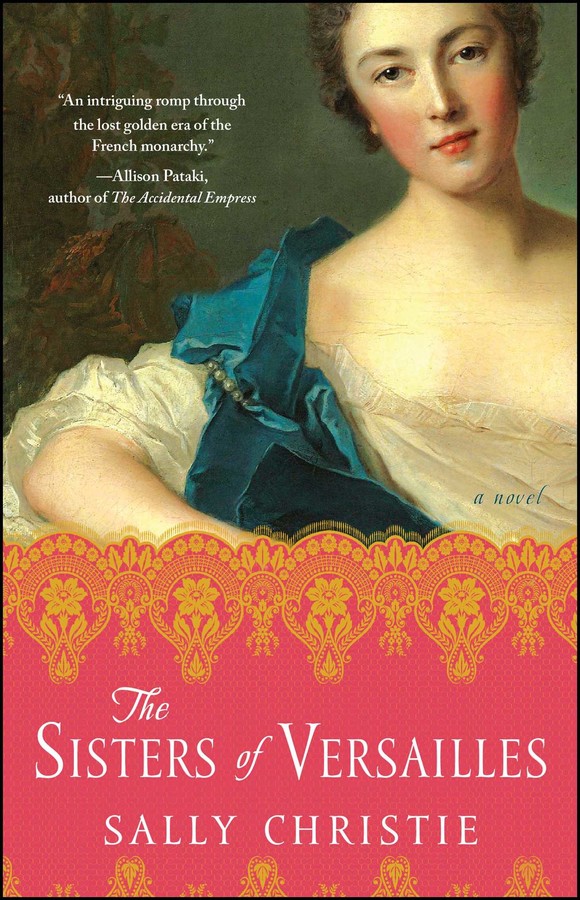 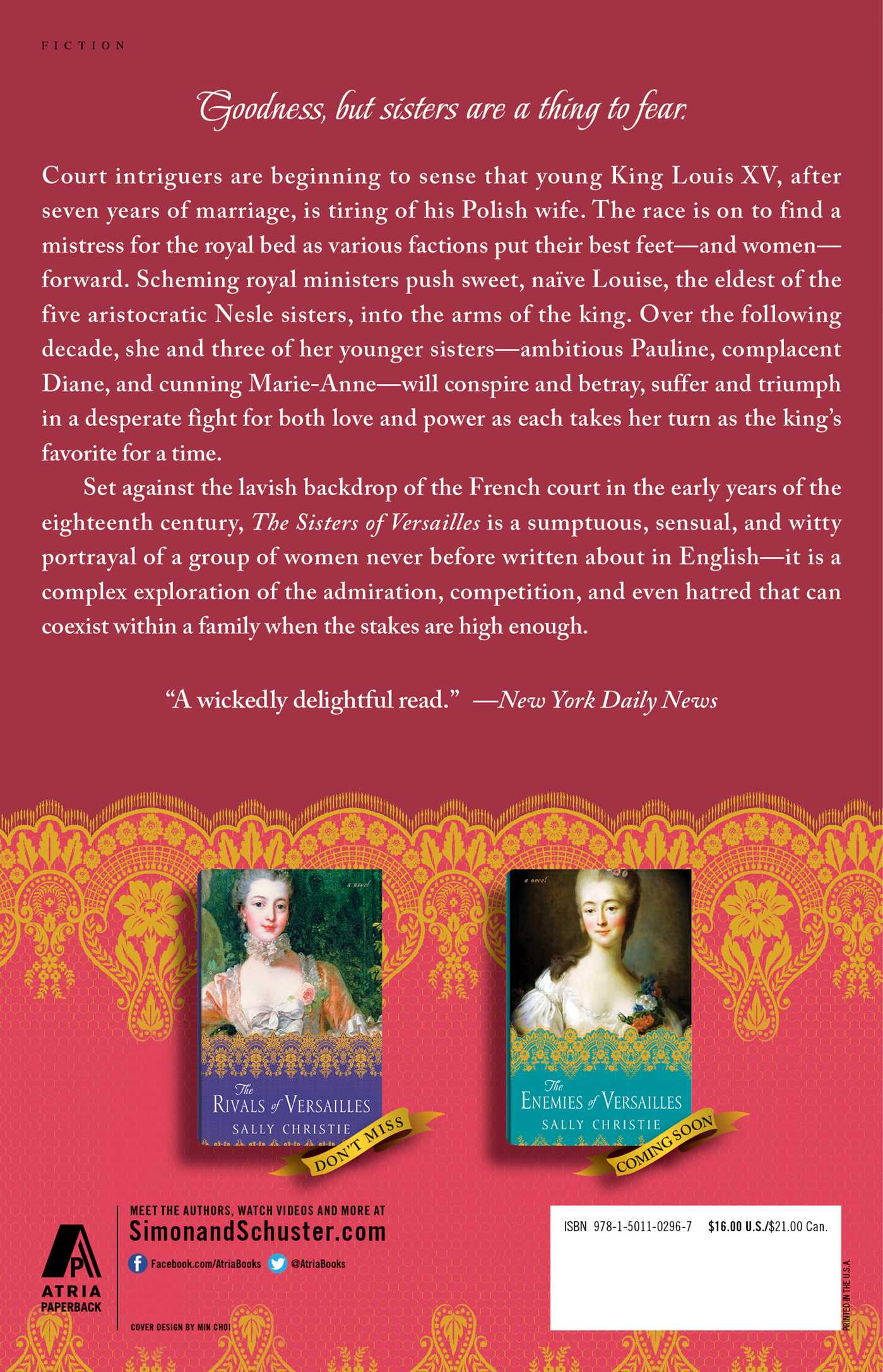 The Sisters of Versailles

Part of The Mistresses of Versailles Trilogy
By Sally Christie
LIST PRICE £9.99
PRICE MAY VARY BY RETAILER

Goodness, but sisters are a thing to fear.

Court intriguers are beginning to sense that young King Louis XV, after seven years of marriage, is tiring of his Polish wife. The race is on to find a mistress for the royal bed as various factions put their best feet, and women, forward. The King’s scheming ministers push sweet, naïve Louise, the eldest of the aristocratic Nesle sisters, into the arms of the King. Over the following decade, she and three of her younger sisters, ambitious Pauline; complacent Diane, and cunning Marie Anne, will conspire, betray, suffer, and triumph in a desperate fight for both love and power as each becomes the king’s favourite for a time.
In the tradition of The Other Boleyn Girl, The Sisters of Versailles is a clever, intelligent, and absorbing novel that historical fiction fans will devour. Based on meticulous research on a group of women never before written about in English, Sally Christie’s stunning debut is a complex exploration of power and sisterhood—of the admiration, competition, and even hatred that can coexist within a family when the stakes are high enough.
The Sisters of Versailles Hortense PARIS An VII (1799)
We were five sisters and four became mistresses of our king. Only I escaped his arms but that was my choice: I may be eighty-four years old, and all that I speak of may have happened in the far distance of the past, but in a woman vanity is eternal. So I need to tell you: I could have. Had I wanted. Because he—the king—he certainly wanted.

I’m not speaking of the last king, our sixteenth Louis, poor hapless man dead these six years on the guillotine, followed by his Austrian wife. No, here I talk of the fifteenth Louis, a magnificent king. I knew him when he was fresh and young, no hint of the debauched libertine that he would become in his later years, with his drooping eyes and sallow skin, his lips wet with lust.

The story of my sisters and Louis XV is today mostly forgotten, their memory eclipsed by more famous and more scandalous mistresses, and by the upheaval of the last decade. I too am forgetful now, my memory faded and worn as my sisters slip in and out of the shadows in my mind. I spend my hours immersed in a sea of their old letters; reading them, then rereading them, is both my comfort and my sorrow. Is anything more bittersweet than the pull of past memories? These letters, a portrait of one sister that hangs above the fireplace, and a faded sketch of another pressed between the pages of a Bible, are all that remain to me now.

It was years ago that it all began: 1729, almost three-quarters of a century past. It was such a different time then, a completely different world. We were secure and arrogant in our privilege, never suspecting that things might change, that the accident of birth might not always be the promise it once was. We were born daughters of a marquis; titles and courtesy and the perquisites of the nobility were all that we ever knew, but now, what do those things matter? Well, they still matter a lot, though all we citoyens must pretend they do not.

The world—our world—was softer then; those who could afford to do so buttered and feathered themselves until they were insulated from all of the unpleasant realities of life. We never dreamed—ever—that a horror like the Terror could happen.

We were five sisters in our childhood home on the Quai des Théatins. Our home was in the center of Paris on a road by the Seine, lined with the houses of the rich and powerful. The house still stands on that street, now renamed the Quai Voltaire to honor that great man. I shudder to think who may live there now.

It was a grand house, an elegant house, a reminder to all of our place in the world. I remember well my mother’s golden bedroom on the second floor, opulent and resplendent, the awe we felt when summoned for a visit. Of course, the nursery was not so grand; children in those days were mostly ignored, and so why waste money on things, or children, that were so rarely seen? Up in the aerie of our nursery on the fourth floor, the rooms were cold and bare, but comfortable, our haven in a heartless world.

We had no education to speak of; the aim was not an educated daughter, but a mannered daughter, one who knew her way through the intricate maze of politeness and social graces that governed our world. In truth, even with the wisdom that is supposed to come with age, I can’t say that more education would have served me better in my life.

We were five sisters and we had no brothers; my mother sometimes remarked, when she was happy on champagne, the misfortune that had cursed her so.

Though we sprang from the same parents, we were all so different. Oh, how different! Louise was the eldest, charming and somewhat pretty, nineteen when she was first presented at Court. She was a dreamer, always with stars in her eyes when she thought of her future and the happiness that would surely come for her.

Then there was Pauline, fierce with no softness in her body and a character to make a pirate proud. She was as headstrong as a horse and ruled the nursery; she towered over us, both in height and in strength. Even at seventeen, Pauline knew she would be powerful and important. How she knew that, I know not. But she knew.

Our next sister was Diane, fifteen then and always jolly, lax and lazy. She avoided conflict and only wanted to giggle and laugh and dream of becoming a duchess. Physically she reminded everyone of our sister Pauline, but without the force of personality. I suppose that was both a curse and a blessing.

Then there was I, only fourteen when everything changed. All called me the prettiest of the family and many commented on my likeness to my namesake, my famous great-grandmother Hortense Mancini, who in her time bewitched more than one king.

Finally there was little Marie-Anne, though it seems strange now to speak of her last. She was twelve and also very pretty, but hidden beneath her angel face was a sharp and shearing mind that emerged occasionally to astound our nursemaids.

I remember our years on the fourth floor of the Quai des Théatins as happy ones, years of light and love. Certainly, there were small differences, the usual squabbles and petty fights, but overall harmony reigned, a harmony that was all too precious and absent later in our lives. Perhaps there were signs, but they were faint and thin, mere whispers of the callousness and suffering to come. No, my memory is of a happy time, before the harsh world of adults caught us and covered us with its disappointments and cruelties, before we lost the closeness of our younger years and before Louise became broken, Pauline mean, Diane fat and lazy, and Marie-Anne manipulative and hard.

But through it all, through the good, the bad, the sin and the scandal, the heartbreak and the joy, the exiles and the deaths, through it all, they were my sisters. And now I am all that is left. I sit in my darkened rooms, an old woman, passing my days rustling through their letters and my memories. If I am careful, and still, I can hear their voices once again. 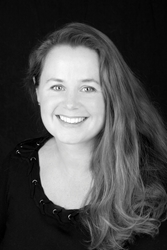 Sally Christie is the author of The Sisters of Versailles and The Rivals of Versailles. She was born in England and grew up around the world, attending eight schools in three different languages. She spent most of her career working in international development and currently lives in Toronto. Visit SallyChristieAuthor.com to find out more about Sally and the Mistresses of Versailles trilogy.

“Such an extraordinary tale makes for compelling reading and, as the lead book in a planned trilogy, will draw in readers who are interested in royal lives before the French Revolution….historical fiction fans, unfamiliar with the history of the Nesle sisters, will be intrigued.”

"Sally Christie's The Sisters of Versailles is an intriguing romp through Louis XV's France. Filled with lush backdrops, rich detail, and colorful characters, fans of historical fiction will enjoy this glimpse into the lost golden era of the French monarchy."

“A stunning breadth of period detail, offered in a fresh, contemporary voice.”

“Tantalizing descriptions and cliff-hangers will leave the reader rapidly turning the pages in anticipation… A wickedly delightful read.”

The Sisters of Versailles

Part of The Mistresses of Versailles Trilogy
By Sally Christie
LIST PRICE £9.99
PRICE MAY VARY BY RETAILER

More books in this series: The Mistresses of Versailles Trilogy