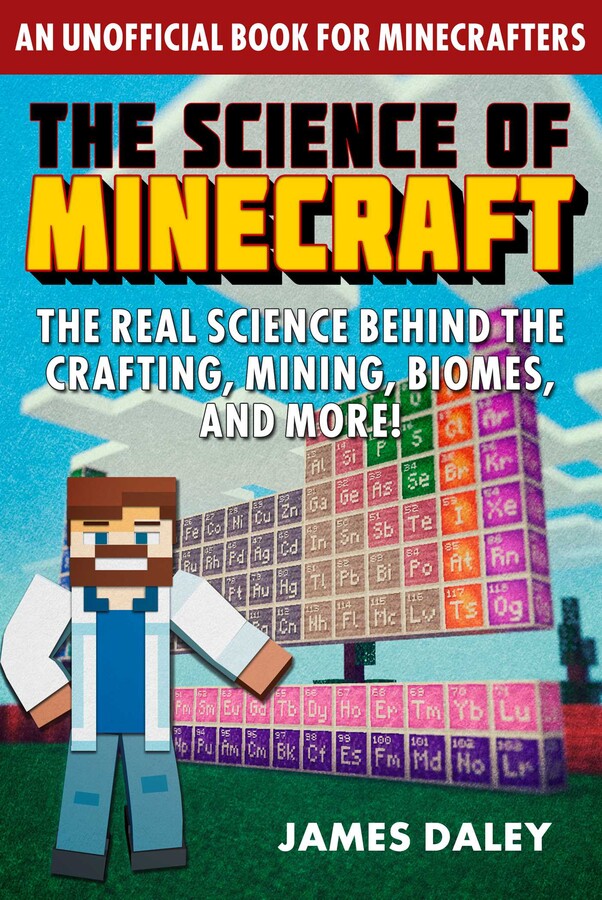 The Science of Minecraft

The Real Science Behind the Crafting, Mining, Biomes, and More!

Part of The Science of
By James Daley
Published by Skyhorse
Distributed by Simon & Schuster
LIST PRICE £8.51
PRICE MAY VARY BY RETAILER

Discover the science behind the Minecraft phenomenon!

With more than 200 million units sold, Minecraft is the undisputed bestselling video game of all time. Since it first launched, the game’s groundbreaking mix of open-world exploration, creative construction, and stunningly simple graphics have kept players old and young alike constantly coming back to explore, survive, and create. Even now, a decade after its release, there are still more than 126 million active users supporting not only the game, but an entire universe of movies, comics, conventions, classes, and so much more.

A perfect gift for any Minecraft enthusiast, The Science of Minecraft explores some of the game’s most popular topics and gameplay mechanics, including:

The Science of Minecraft explains in a fun, lighthearted, non-technical way how real-world science and the Minecraft universe collide to create what has often been called “the greatest video game of all time.” This book will explore how the game’s famous construction mechanics would function in real life, what its many natural resources share (or do not share) with their terrestrial counterparts, and what the deal is with the mysterious alternative dimensions of the Nether and the End. Whether you’re a fan of creative or survival mode, The Science of Minecraft will illuminate and inspire you with the scientific realities behind this iconic game.
James Daley

James Daley is a writer, editor, and designer of various paper-based and digital things. Since finishing his MFA at the Vermont College of Fine Arts in 2004, he has been spending most of his time teaching writing to college students, creating websites about video games, and writing mystery novels about pensive young ne’erdowells. When he's not obsessively poring over pixels and pronouns, he can usually be found arguing with strangers on the Internet or seeking out adventure with his indomitable wife and venturesome daughters.

The Science of Minecraft

The Real Science Behind the Crafting, Mining, Biomes, and More!

Part of The Science of
By James Daley
Published by Skyhorse
Distributed by Simon & Schuster
LIST PRICE £8.51
PRICE MAY VARY BY RETAILER

More books in this series: The Science of