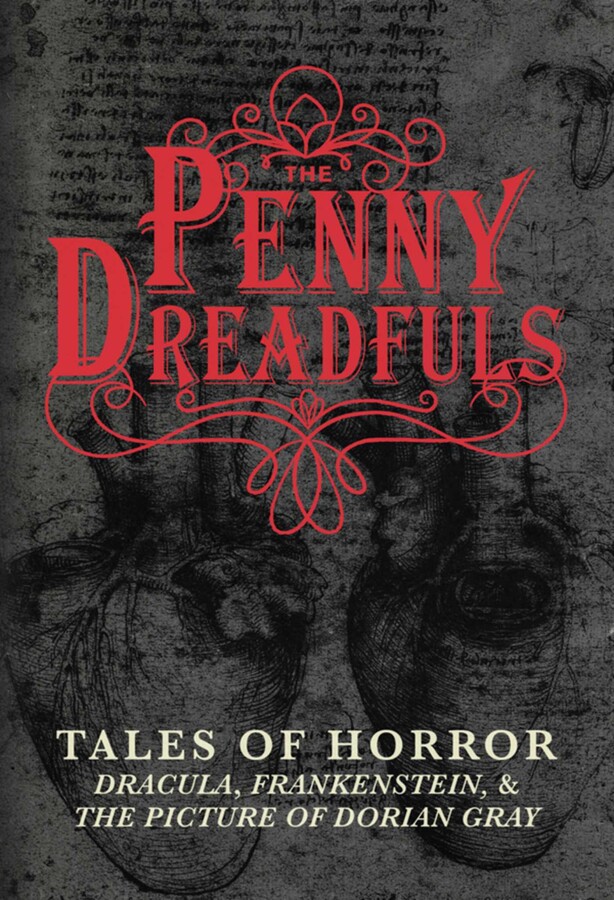 Tales of Horror: Dracula, Frankenstein, and The Picture of Dorian Gray

This book unites three of the most notorious literary giants of the nineteenth century, all born of the penny dreadful tradition: Dracula, Frankenstein, and The Picture of Dorian Gray, all in one authentic collection of the best Victorian gothic horror ever written. Originally published at a time when dramatic scientific discoveries sparked a cultural fixation on the paranormal, these stories remain timeless in their uncanny ability to prey upon our primal fear of that which is strange, violent, and unknown.

This book contains three haunting tales and a bonus story:

Curl up with The Penny Dreadfuls on a dark, moonless night and rediscover these chilling classics.

Bram Stoker was an Irish author born in 1847. Stoker wrote several pieces throughout his career including short stories and the novel The Duties of Clerks of Petty Sessions in Ireland, however his greatest success came in the form of the gothic horror novel Dracula, published in 1897. The novel, which was originally looked at as simply a work of horror fiction, has become an enduring part of our culture.

Mary Wollstonecraft Shelley was born in 1797 in London, England. She was the daughter of two eighteenth-century intellectual giants: political philosopher William Godwin and famed feminist writer Mary Wollstonecraft. Shelley was also married to the famed poet Percy Byshe Shelley, for who she spent the majority of her life trying to publish his work. Her magnum opus, Frankenstein, was conceived on a rainy night at Lake Geneva after a waking dream that she had a few nights after Lord Byron had proposed that they each write a ghost story. Suffering from a possible brain tumor, Shelley passed away in 1851.

Oscar Wilde is one of the most popular writers of the late nineteenth century. Born in 1854 to Anglo-Irish intelligentsia parents, Wilde was educated at a very young age, quickly becoming trilingual and interested in philosophy. Throughout his career, he wrote many essays, plays, and short stories but only one novel: The Picture of Dorian Gray, which was criticized by contemporary reviewers for its homosexual undertones as well as its themes of self-indulgence and immorality. Although a failure during its time, the novel was later heralded as a classic. His other well-known works include Lady Windmere’s Fan, De Profundis, and The Importance of Being Earnest. At the peak of his career, Wilde was arrested on the grounds of “gross indecency with men,” tried, and sentenced to two years in prison. Upon his release, he was exiled from Britain and never returned. He died in Paris in 1900, impoverished and alone, at the young age of forty-six.

Tales of Horror: Dracula, Frankenstein, and The Picture of Dorian Gray