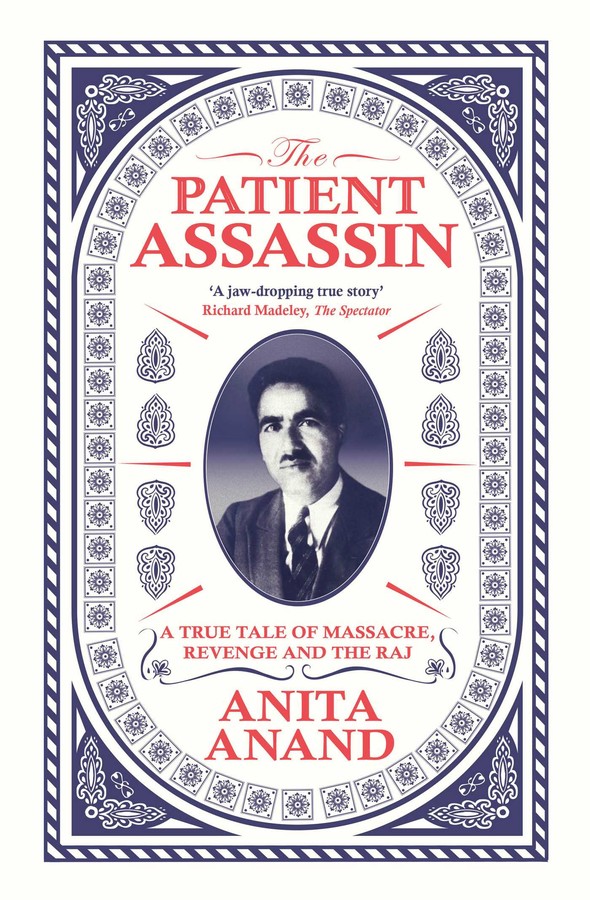 'Reads like something from a thriller…colourful, detailed and meticulously researched' Sunday Times
‘Gripping from start to finish' Peter Frankopan, author of The Silk Roads
'Remarkable and brilliantly researched non-fiction thriller...focussing on one extraordinary story that had never been properly told before' William Dalrymple, Spectator

Anita Anand tells the remarkable story of one Indian's twenty-year quest for revenge, taking him around the world in search of those he held responsible for the Amritsar massacre of 1919, which cost the lives of hundreds.

When Sir Michael O'Dwyer, the Lieutenant Governor of Punjab, ordered Brigadier General Reginald Dyer to Amritsar, he wanted him to bring the troublesome city to heel. Sir Michael had become increasingly alarmed at the effect Gandhi was having on his province, as well as recent demonstrations, strikes and shows of Hindu-Muslim unity. All these things, in Sir Michael's mind at least, were a precursor to a second Indian Mutiny. What happened next shocked the world. An unauthorised political gathering in the Jallianwala Bagh in Amritsar in April 1919 became the focal point for Sir Michael's law enforcers. Dyer marched his soldiers into the walled garden, filled with thousands of unarmed men, women and children, blocking the only exit. Then, without issuing any order to disperse, he instructed his men to open fire, turning their guns on the thickest parts of the crowd. For ten minutes, they continued firing, stopping only when 1650 bullets had been fired. Not a single shot was fired in retaliation.

According to legend, a young, low-caste orphan, Udham Singh, was injured in the attack, and remained in the Bagh, surrounded by the dead and dying until he was able to move the next morning. Then, he supposedly picked up a handful of blood-soaked earth, smeared it across his forehead and vowed to kill the men responsible, no matter how long it took.

The truth, as the author has discovered, is more complex but no less dramatic. She traced Singh's journey through Africa, the United States and across Europe before, in March 1940, he finally arrived in front of O'Dwyer in a London hall ready to shoot him down. The Patient Assassin shines a devastating light on one of the Raj's most horrific events, but reads like a taut thriller, and reveals some astonishing new insights into what really happened.

Anita Anand
Anita Anand is a political journalist who has presented television and radio programmes on the BBC for twenty years. She currently presents Any Answers on Radio 4. She is the author of Sophia: Princess, Suffragette, Revolutionary and, with William Dalrymple, Koh-i-Noor: The History of the World's Most Infamous Diamond. She lives with her husband and two children in London.

'Reads like something from a thriller…colourful, detailed and meticulously researched account...the book really shines in evoking the fevered atmosphere of India in the late 1910s and early 1920s.'

'Anita Anand’s remarkable and brilliantly researched non-fiction thriller, The Patient Assassin: A True Tale of Massacre, Revenge and the Raj, [is] well-written, contains new research and breaks much fresh ground... Anita Anand focuses on one extraordinary story that had never been properly told before. Through some remarkable research in archives around the world, Anand has reconstructed much of [Udham Singh's] life.'

‘Gripping from start to finish. Anita Anand is a brilliant guide who brings a series of extraordinary – and important – stories to life in this remarkable history.’

'An excellent and important book'

'A jaw-dropping true story...Udham Singh [survived] the massacre [at Amritsar] and swore vengeance. Like a real-life Tom Ripley, he assumed multiple identities and bided his time...and shot the former governor of the Punjab through the heart at point-blank range. Rough justice; brutally poetic.'

'Anand has turned her meticulous investigative journalism to tracking the life of the formerly shadowy Singh... [she] lures us into an irresistible narrative. It is an engaging story that reads satisfyingly more like a shadow world conspiracy thriller than the exhaustively researched piece of reconstruction that it is.'

'A dramatic, fast-paced narrative ... Anand does a meticulous and determined job in tracing [Udham Singh's] steps and debunking more than one theory about him. Anand produces an engaging account of the times and of this unlikely hero. And though gripped by her subject, she does not shirk away from his human failings.'

'A great and riveting story…full of remarkable twists and mysteries.'

'A revealing look at the brutality and oppression of British rule, and how it seeded the desire for retribution in the hearts of so many Indians….Anand does a stellar job of sketching Singh’s trajectory from orphanage to hangman’s noose, and from obscurity into the pantheon of Indian heroes…Compelling, vivid prose.'

'Deeply researched ... What makes this book so intense is that it is almost as if the author knows the way...by heart and takes the reader along.'

'Immaculately researched and brutally honest, The Patient Assassin is like a jigsaw puzzle...In telling Udham’s story, Anand throws new light on the bloodiest chapter in the history of British rule in India.'

'An involving account of a strange and obsessive life'

'Anita Anand uses the Amritsar Massacre as the backdrop to tell the fascinating story of Udham Singh, a low-caste Punjabi orphan who spent the next 21 years planning to avenge those who were killed at Amritsar by assassinating British officials he believed were responsible.'

'A gripping, multi-faceted tale of India in the twilight years of the British Empire, about Udham Singh, who bided his time for twenty years until he could exact revenge for the 1919 British massacre of Indians in a public garden…Anand diligently follows the circuitous trail of Singh’s life, piecing together his various aliases, addresses, jobs and international travels…This vivid and meticulously researched account will have readers riveted.'

'A carefully reconstructed story of political murder that began to unfold a century ago… Anand painstakingly follows [Udham] Singh's long path from the killing fields of India to the Houses of Parliament and that climactic moment… telling, and very well done.'

'A rags-to-riches story of a flamboyant man who moved around the world juggling multiple identities, dodging police and intelligence agencies everywhere. It evokes the quiet suspense of a masterful spy novel. A gripping and engaging book...every chapter is unexpected and suspenseful.'

'A revealing look at the brutality and oppression of British rule ... Anand does a stellar job of sketching Singh's trajectory from orphanage to hangman's noose.'