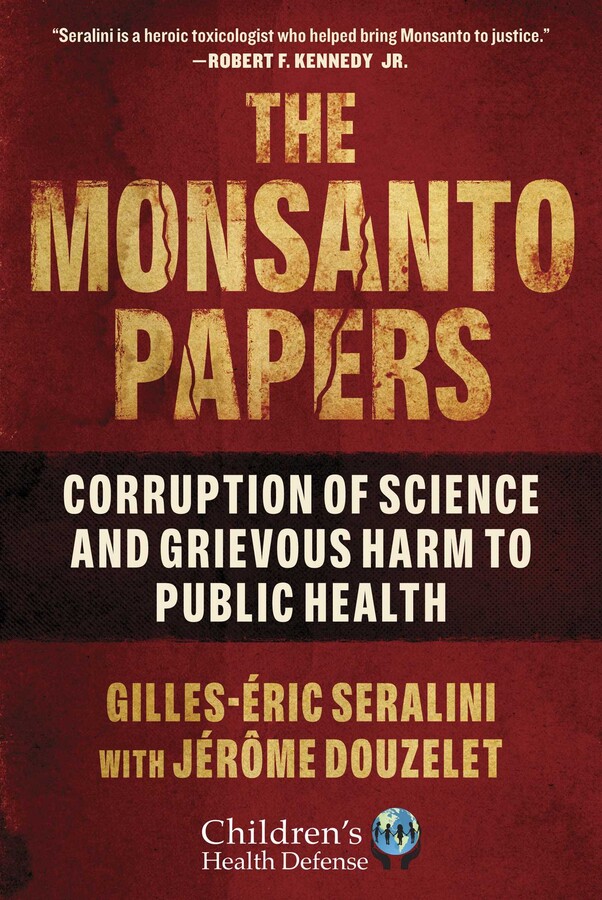 Corruption of Science and Grievous Harm to Public Health

A David and Goliath battle for truth

A specialist in GM foods and pesticides, the biologist Gilles-Éric Seralini has studied their toxicity and effects on people's health for many years. In September 2012, for the first time in a major scientific journal (Food and Chemical Toxicology), he published a study showing the effect on the liver and kidneys of two of Monsanto's flagship products: Roundup weedkiller and the GM foods created to absorb it. Images from the study of tumor-ridden rats fed with GM foods and Roundup went viral. The study was a PR disaster for Monsanto.

The multinational soon bounced back and did everything in its power to cover up the study—leaning on the publishers to retract the findings. Monsanto began a series of smear campaigns to discredit Seralini and fellow researchers and intimidate their supporters, while pumping out their own collection of fake research findings and testimonies. These practices were met with huge suspicion, but there was no concrete evidence until, in 2017, Monsanto was ordered to publish tens of thousands of confidential documents in a class-action lawsuit presented by thousands of individuals afflicted with serious illnesses from their use of Roundup. The "Monsanto Papers" that were produced subsequently proved the company’s cynical attempts at a cover-up as well as its fraudulent practices.

Gilles-Éric Seralini and Jérôme Douzelet delved into the documents and discovered how, in the pursuit of its own short term economic interests, Monsanto used sophisticated methods of deceit to bypass legislation devised to protect millions of people. Seralini and Douzelet discovered how Monsanto managed to provide phony assessments to conceal the poisons its products contain, thus deceiving the public authorities and the scientific and medical communities.

“Monsanto knew for decades that glyphosate-based herbicides cause cancer and a lethal coterie of other devastating illnesses. Rather than warning consumers and customers, Monsanto massaged the science, defrauded regulators, bribed prominent researchers, captured and corrupted the EPA pesticide division, and systematically lied to the global public that its deadly herbicide was safe. Roundup degraded public health, impoverished our soils, extirpated species, obliterated small farmers, and deprived the public of their fundamental civil right of informed consent. Monsanto made a special project of discrediting and destroying scientists, advocates, and reformers who exposed its corrupt coverup. The most prominent among these was heroic French toxicologist Gilles-Éric Seralini. In 2018, I was fortunate enough to be a part of the legal team that finally brought Monsanto to justice. We relied heavily on Dr. Seralini’s research and counsel to achieve this victory.”
—Robert F. Kennedy Jr., founder of Waterkeeper Alliance, founder, chairman of the board, and chief legal counsel for Children’s Health Defense, and counsel to Morgan & Morgan

“The bravest man I have ever met.  The truth always comes to light eventually.  Thank you, Gilles-Éric.”
—Frédérick Lemarchand, professor of sociology, University Caen Normandy

“Written by one of the most published scientists in the domain, quoted 55,952 times in the ‘Monsanto Papers,’ this laser-sharp analysis shows how the agribusiness pesticide giant poisoned public regulations, research, and democracy.”
—Louise Vandelac, PhD, Department of Sociology and Institute of Environmental Sciences, University of Québec in Montreal

"An essential contribution to understand the manipulation of science in the service of profit maximization, by one of the main players in the debate."
—Olivier De Schutter, former UN Special Rapporteur on the Right to Food

"David against Goliath, such is the disproportionate fight of Gilles-Éric Seralini against the ‘Hydra Monsanto,’ an emblematic victory on a planetary scale, where courage and probity triumph!"
—Philippe Desbrosses, author, farmer, doctor of science in environment.

“The demonstration of Professor Seralini, rigorously supported by his great culture in human sciences, allows him not to confuse science and technoscience.”
—Yves Dupont, PhD, researcher in human sciences

“The work of Professor Seralini is of prime importance; it is a glimmer of hope coming from a certain science at the service of Humanity and Life on earth.”
—Claude Gruffat, Member of the European Parliament

“I have had the chance to work on several occasions with Professor Gilles-Éric Seralini, a world specialist in pesticides and genetically modified organisms. His meticulous work, his expertise and his complete testimonies have served us to denounce numerous abuses or frauds by international companies, making possible to develop European legislation on pesticides always in the direction of greater protection of health and the environment, and to successfully support various appeals before the French courts and even before the Court of Justice of the European Union (ECHR). The expertise of an independent researcher and whistleblower like Professor Seralini is invaluable, rare, and beneficial for safeguarding the general interest and health in the face of financial interests.”
—Maître Guillaume Tumerelle, lawyer specializing in rural law, France

“The Monsanto Papers provides an insider’s account of how corporate power is used to destroy a scientific career when a multinational cannot control the experimental evidence of its unsafe herbicide. Seralini’s account is a ‘David and Goliath’ story that reveals the corruption of a regulatory system, the conflicts of interest among corrupted toxicologists, and the battle between scientific truth against a company’s billion-dollar product.”
—Sheldon Krimsky, Lenore Stern Professor of Humanities and Social Sciences at Tufts University, author of Conflicts of Interest in Science

“Monsanto’s response to Dr. Seralini’s work on the toxicity of one of its products demonstrates how far corporations will go in corrupting science for profit.”
—Leemon McHenry, Professor Emeritus of Philosophy at California State University, Northridge and medical ethics consultant to the Baum, Hedlund law firm

Corruption of Science and Grievous Harm to Public Health