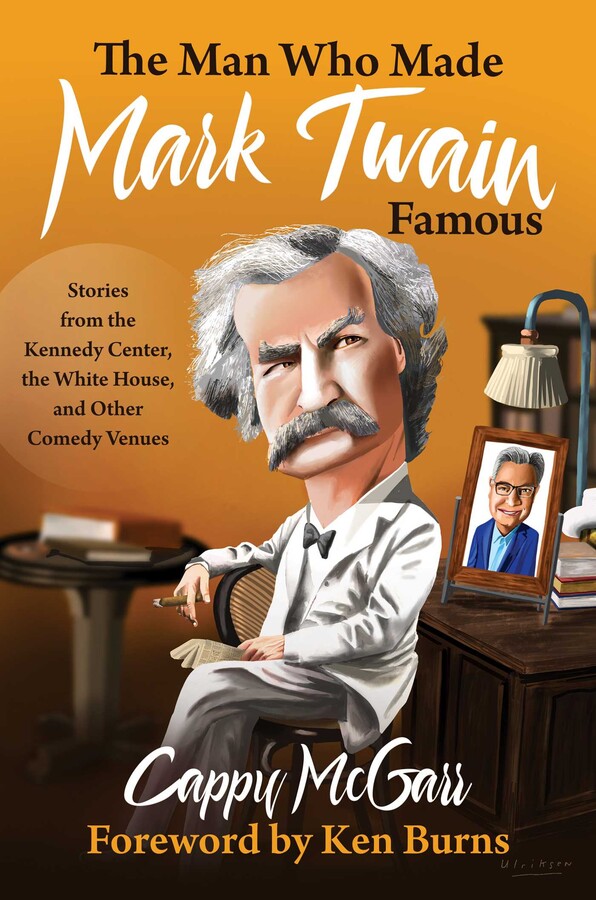 The Man Who Made Mark Twain Famous

Stories from the Kennedy Center, the White House, and Other Comedy Venues

In The Man Who Made Mark Twain Famous, Cappy McGarr shares how he  became an Emmy-nominated co-creator/executive producer of the Kennedy Center Mark Twain Prize for American Humor, and got involved in national politics—all with charming southern style and a self-deprecating sense of humor.

For decades, Cappy McGarr has been in the room where it happens. With The Man Who Made Mark Twain Famous, he’d like to invite you into that room, complete with his color commentary on the other folks inside.

For the first time in print, Cappy reveals how the Mark Twain Prize was conceived, how it changed venues and networks, and even how it almost wasn’t renewed after a controversial first outing with Richard Pryor.

Cappy also gives the inside scoop on several shows he produced from the East Room of the White House, including the Gershwin Prize for Popular Song. Plus, he tells tales from his involvement in national politics—including encounters with the likes of President Lyndon B. Johnson, Senate Majority Leader Tom Daschle, Governor Ann Richards, President George W. Bush, President Barack Obama, and many others.

“Reading Cappy’s book is not unlike sitting down to dinner with him and listening to the stories he has picked up from decades of rubbing elbows with political leaders and comedians alike. There are historic set pieces. There are laughs and howls and chuckles and chortles.” —Ken Burns

Cappy is donating all of his proceeds from this book to the Kennedy Center Arts Education Programs.

Cappy McGarr is an Emmy-nominated co-creator of the Kennedy Center Mark Twain Prize for American Humor, and the Library of Congress Gershwin Prize for Popular Song. He’s one of few people to be appointed by two different presidents to the Kennedy Center. His writing has been published in The New York Times, Politico, and USA Today.

The Man Who Made Mark Twain Famous

Stories from the Kennedy Center, the White House, and Other Comedy Venues