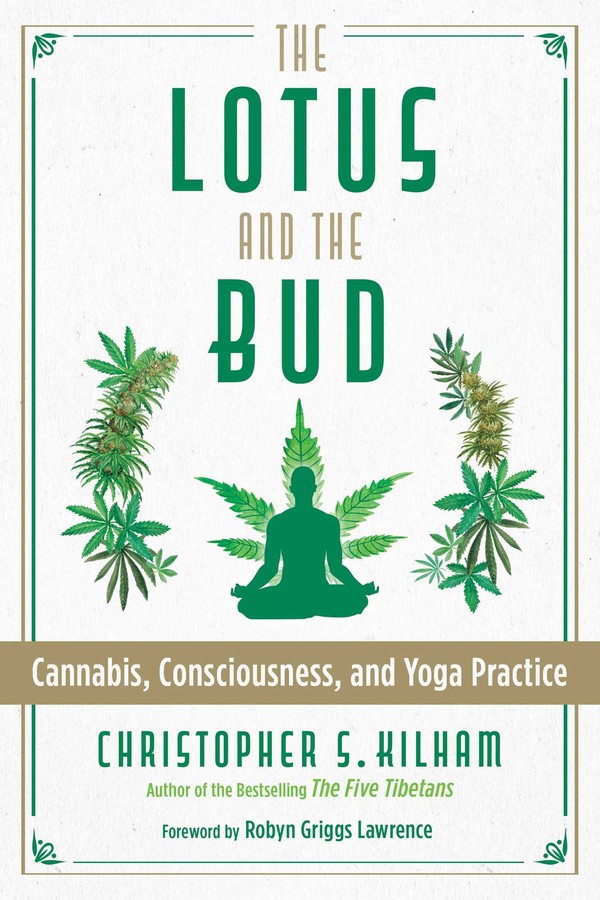 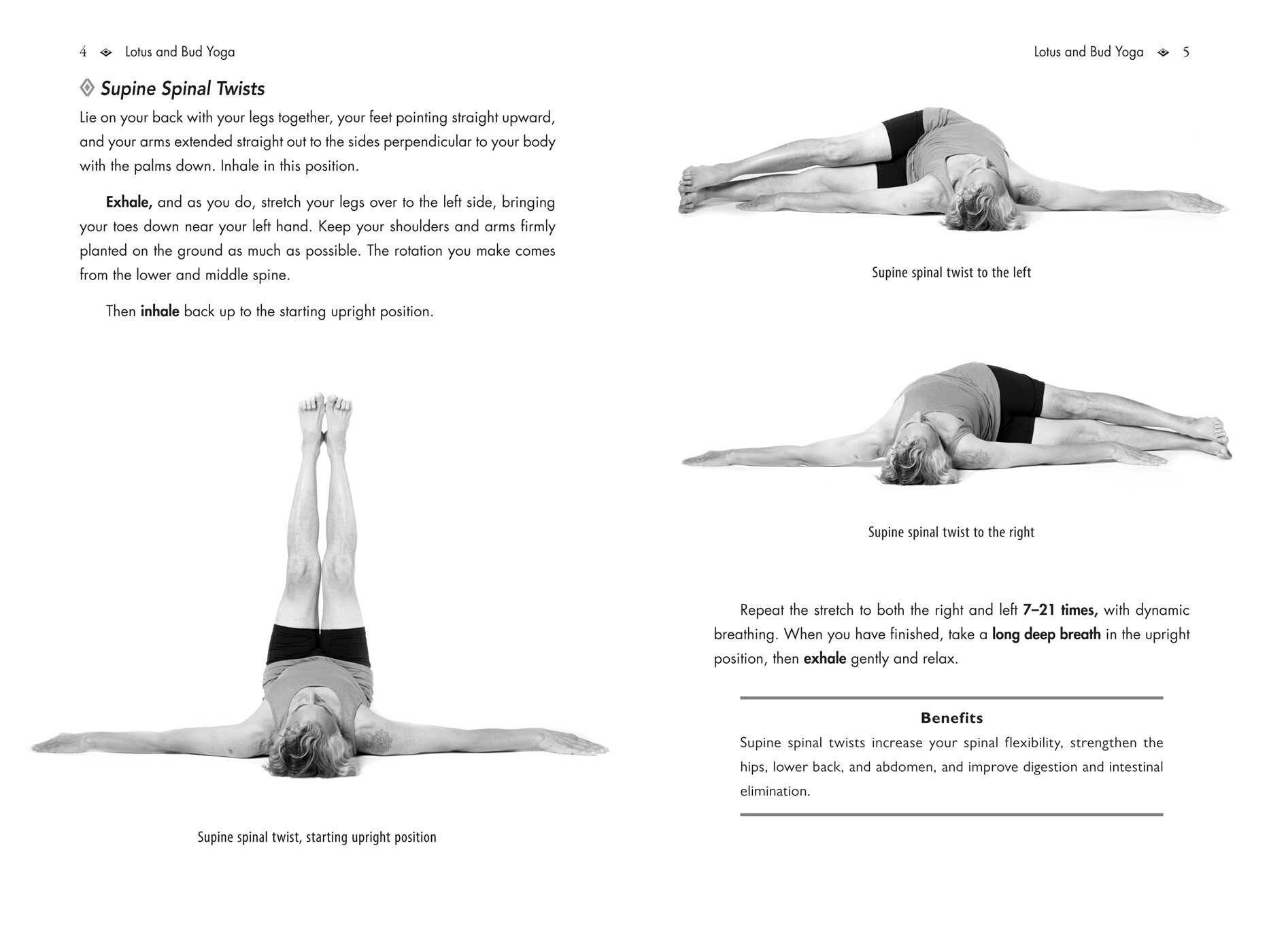 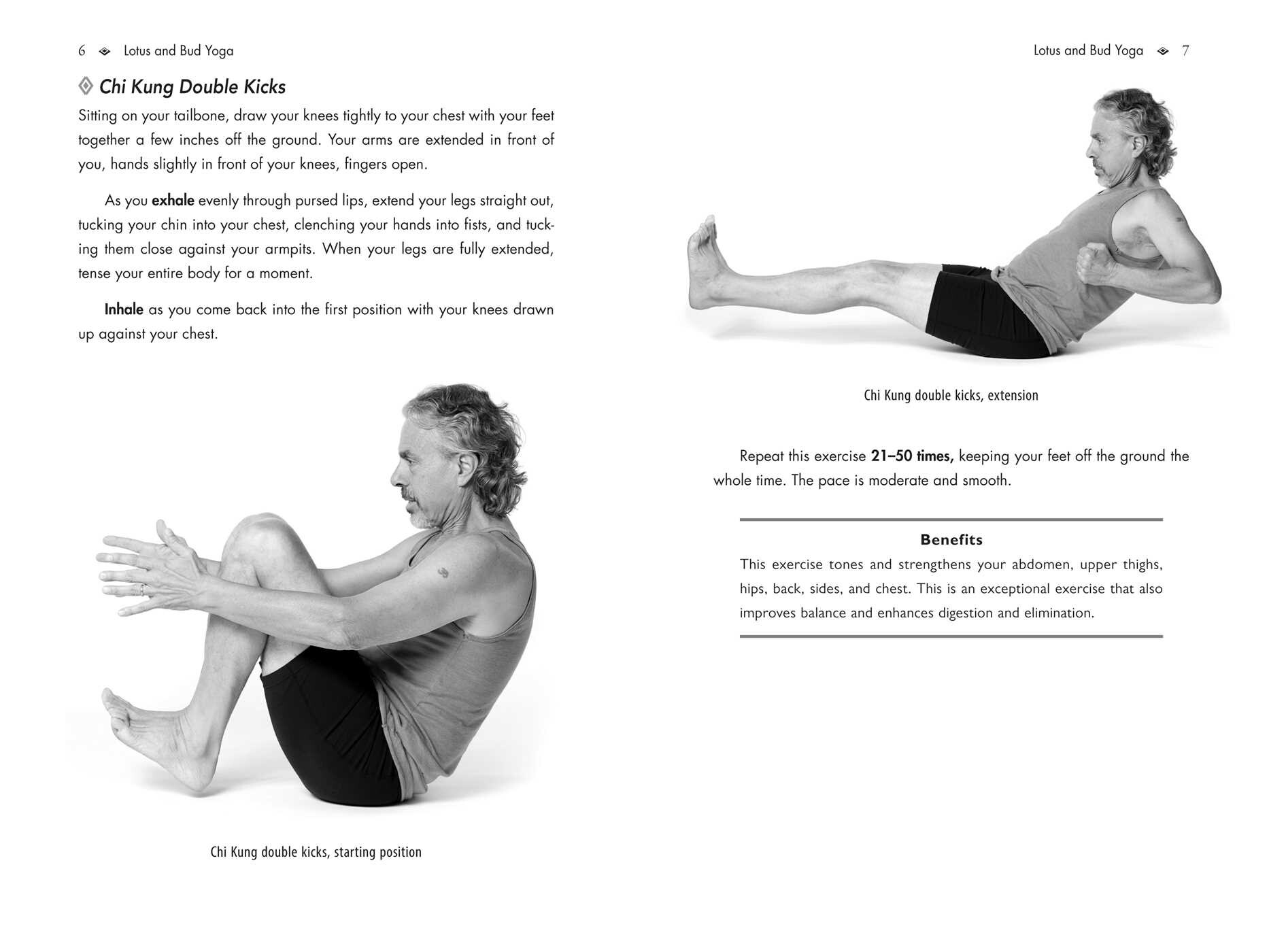 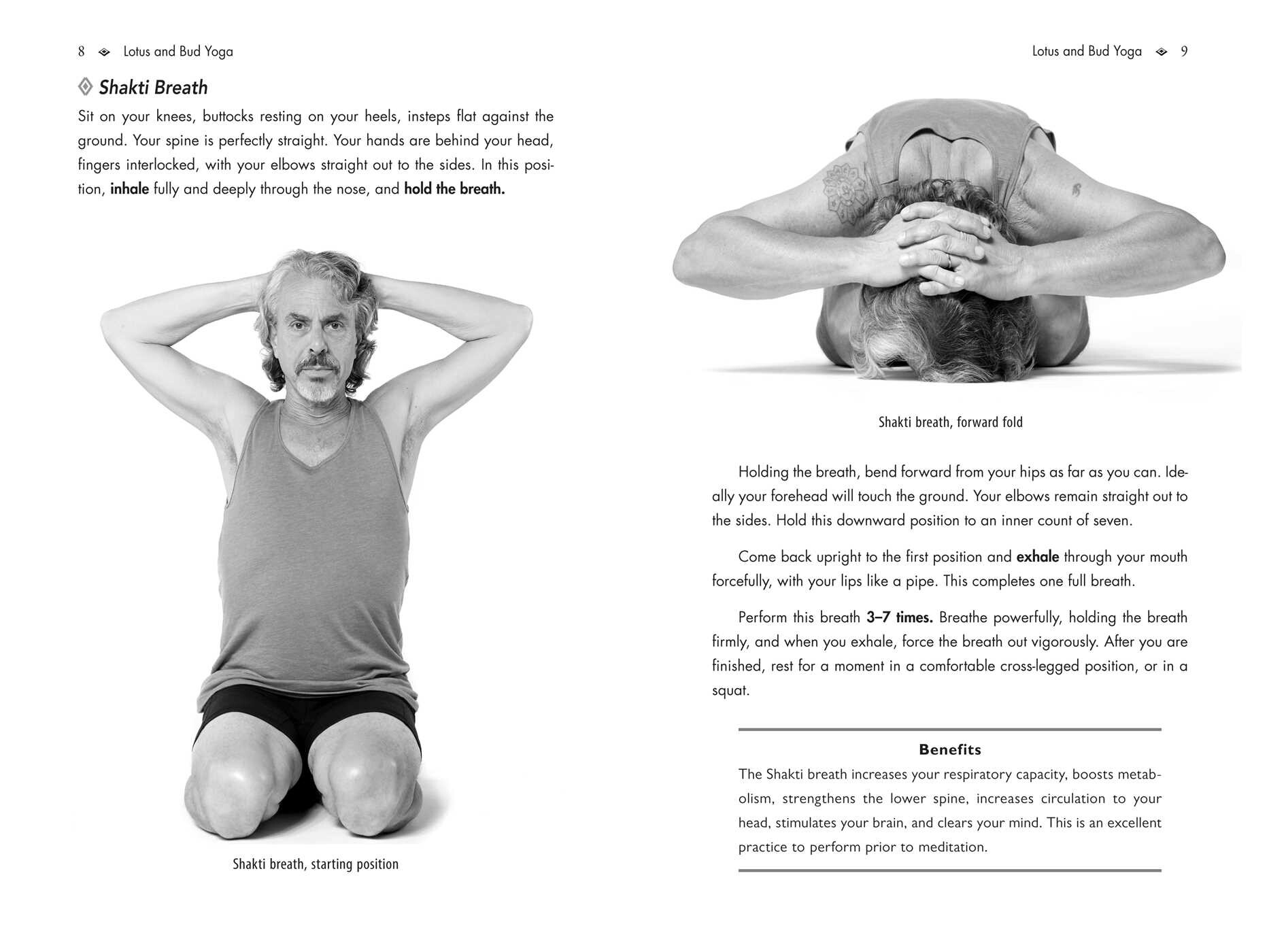 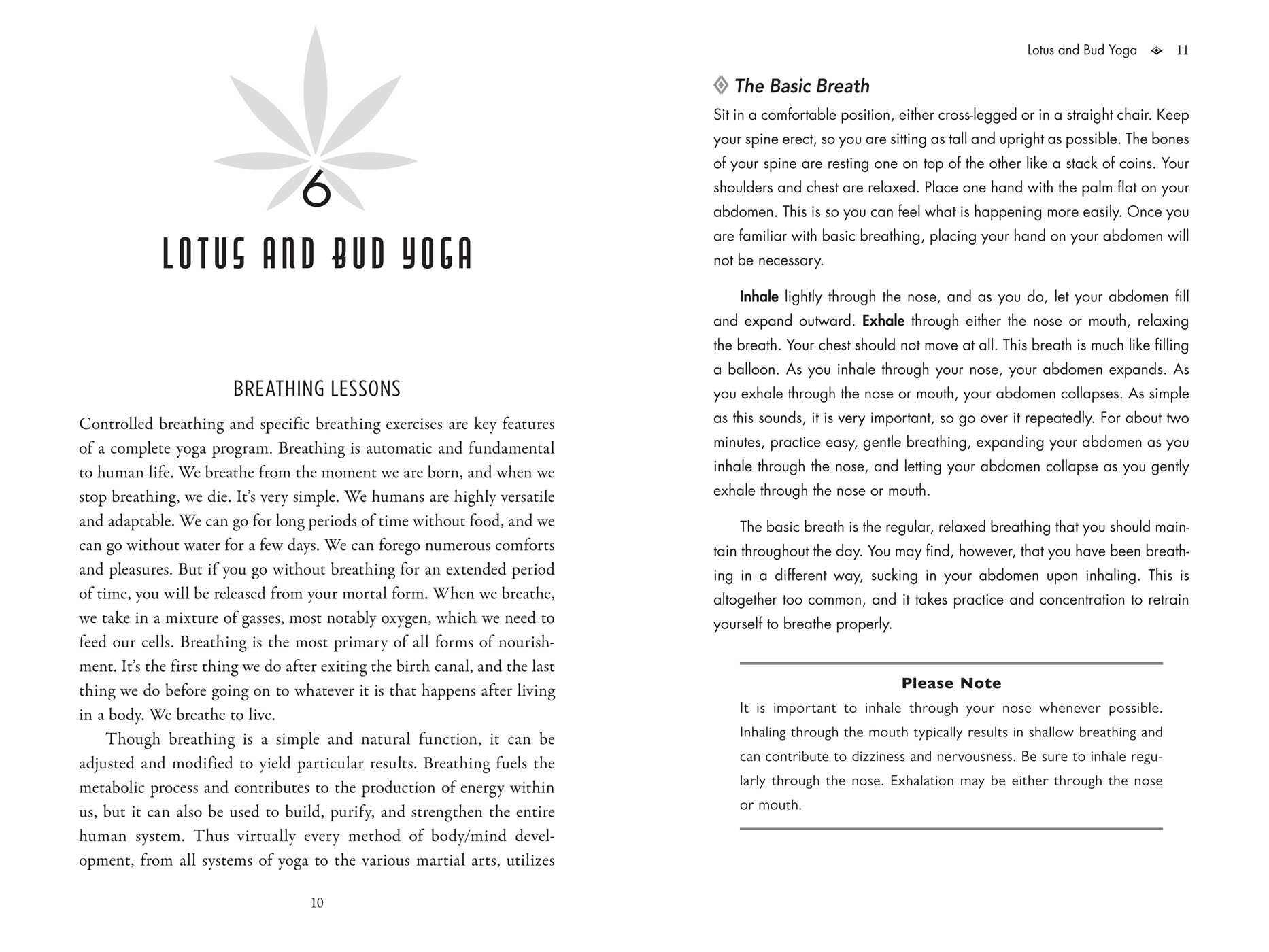 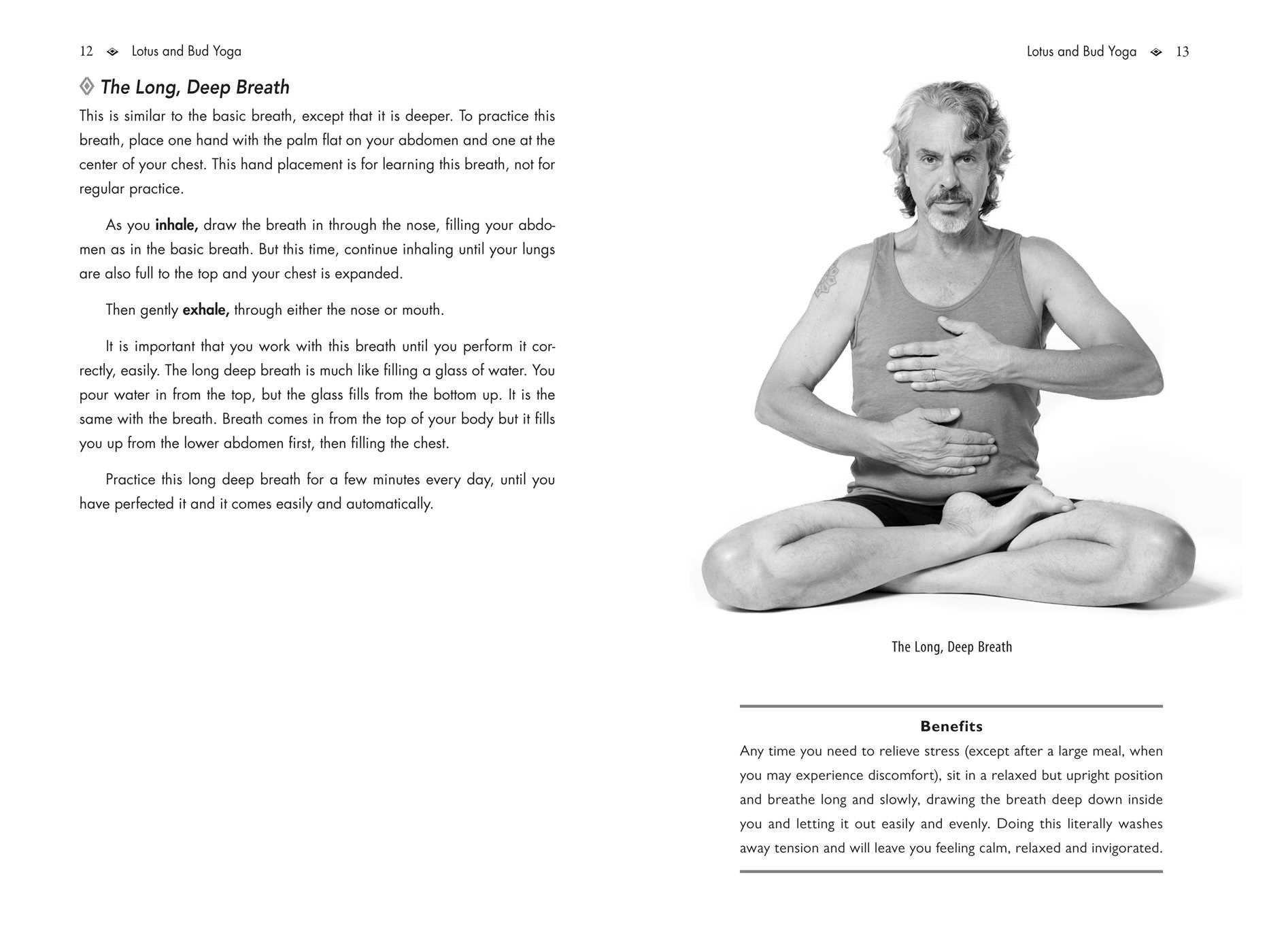 The Lotus and the Bud

• Examines the physical, mental, spiritual, and energetic effects of cannabis and yoga, including their effects on the nervous system and chakras

• Explains how yoga practice offers a way to tune the human nervous system and how, through the endocannabinoid system, cannabis harmonizes a multitude of functions, from respiration to pain control, in ways that enhance yoga

In India, both yoga and cannabis are considered gifts from the Hindu god Shiva. They are seen as twin currents of wisdom and enlightenment, allies for healing and consciousness expansion. As ethnobotanist and yogi Chris Kilham explains, when wisely and thoughtfully combined, cannabis and yoga offer profound benefits for body, mind, and spirit. Kilham examines the history and lore of both cannabis and yoga, with a special focus on the role of cannabis in Indian and Himalayan yoga traditions where it has been used for thousands of years. He investigates cannabis and yoga’s effects on the chakras and energy body and how they assist in opening energy channels and awakening kundalini energy. He explains how yoga practice offers a way to tune the human nervous system and how, through the endocannabinoid system, cannabis harmonizes a multitude of functions, from respiration to pain control, in ways that enhance yoga. He looks at the effects of both THC and CBD as well as the different methods of consuming cannabis, with advice on selecting the right method for your yoga practice.

In addition to instructions for breathwork and cannabis meditation practices, Kilham offers an illustrated guide to his own system of cannabis yoga, a sequence of asanas (postures) developed to arouse the kundalini, open up energy channels throughout your body, and unlock access to unbounded states of consciousness. Sharing his experiences combining yoga and cannabis around the world, the author shows that the fusion of cannabis and yoga dissolves the boundaries of the mind, accelerates healing, and imparts a greater understanding of the intrinsic unity of all things.

From Chapter 2: The Lotus

In your cannabis-infused yoga practice, focusing on the chakras as described in the following section helps you to perceive, amplify, and become absorbed in energy. This absorption suspends our sense of individual self, opens all the energy channels full throttle, and enables you to go very deeply into the full realization and fundamental essence of life as living incarnate beings, spirit in flesh. Cannabis adds an immersive sense of expansion to yoga practice. Expansion at its best conveys greater self-awareness, refined experience of energy, and a natural inclination for broader and healthier behavioral and mental choices.

Kundalini is the primary life force within us, the essential evolutionary force, a sliver of the Absolute dwelling within the human body. Kundalini is sometimes referred to as the serpent power, portrayed as a snake coiled at the base of the spine. But kundalini is not a mystical snake; it is the cosmic energy current that enlivens, vivifies, and motivates the body and mind. As yoga is a current of wisdom running through human history, kundalini is that cosmic current within us.

Kundalini is a force within that activates the chakras; it is typically first felt at the base of the spine, in the first chakra. Of the many forms of yoga practice, kundalini yoga specifically focuses on the arousal and steady raising of the kundalini shakti (energy) from the base chakra, muladhara, to the crown chakra, sahasrara. This is not only a practice of asana, breathing, concentration, and more, but a practice of specific intent. Intent sets a direction and focus for practice. Intent is also a potent precipitating factor in awakening the kundalini force. As the kundalini dwells within, it can be contacted and felt. You can concentrate on that energy, and through practice increase its flow.

This is where the practice of yoga comes in. The asanas, breathing, and concentration methods of yoga strengthen the energy channels of the human energy system and prepare the body and mind for enhanced kundalini flow. Meditation promotes greater kundalini activity, increasing the intensity of this force. As the body and energy channels are prepared through yoga practice, more energy gets moving.

For the most part, the awakening of kundalini occurs gradually, producing an increase in energy and mental alertness. As you practice yoga, the energetic channels convey energy more smoothly, and the kundalini flow becomes more noticeable. At times you may experience energetic currents pulsing through the spine. Or you may simply feel an ever-increasing lightness and a clarity accompanied by amplified vitality. But kundalini can also surge up the spinal channel in a more concentrated and dramatic flash of energy. This surge may be accompanied by bright visuals and strong physical sensations. On rare occasions this force may feel overwhelming. In all instances, when kundalini is felt, it is an opportunity to dive deeply within through concentration and meditation, to put your attention to the energy moving within you, and to allow that energy to increase as a result of that concentration.

As I described in the first chapter when I recounted my early experience with Babaji, the kundalini force may shoot up the spine, accompanied by a sensation of heat and occasionally by vivid colors as well. This can provoke a great sense of joy, expansion, and equanimity. When this occurs, it provides powerful fuel for meditation, enabling the yogi to make more of the situation than just a fleeting experience. Through deep concentration and meditation, you may be able to mentally tap into the kundalini power in a way that will promote a clear mind, vivid alertness, and an overall bright sense of all life. Though most kundalini experiences are short-lived, sometimes they can go on for a long time. At one point in my practice I experienced a six-week period of significantly heightened kundalini activity and an overall feeling of energy, joy, and ecstasy.

Cannabis is a curious ally in the pursuit of kundalini arousal. I have a few times experienced full-blown kundalini awakening, with the almost unbearably intense geyser of spinal energy, lights, color, bliss, the whole cosmic package, assisted by potent cannabis. Some of these experiences have gone on for a bit too long, not just momentary flashes but deep dives that lasted for hours. This has always been in the form of edibles. It is hard to infuse enough through smoking to get to the full psychedelic brink the way you can with edibles. But caveat emptor. Many people find a concentration of edible cannabis overwhelming. Be careful. Remember this great truth: You can always have more, but you can never have less. When edible cannabis is combined with yoga, then it is entirely possible to awaken the kundalini and experience it directly.

But kundalini arousal is not a free ride, and some discomforts can arise. In his book The Kundalini Experience, Dr. Lee Sannella says that “The kundalini process, like deep meditation, stirs up the sediments of the unconscious and confronts a person with just those psychic materials he or she wishes to inspect least of all.” Much like psychedelics, kundalini arousal can bring to light some of the less pleasant aspects of your own self. If you find yourself encountering difficult ideas, thoughts, feelings, allow these phenomena to arise and move on. It is not possible to undergo a true awakening of kundalini without encountering fears, distortions, perversions, and deeply buried mental convolutions that are buried deep in the psyche. Everybody has mental and emotional material to get rid of, and when kundalini energy increases, you will confront your own.

The extent to which kundalini awakens within a person is mostly due to intentional yogic effort. You will find that if you practice the methods offered later on, and infuse intentionally and with a clear mind and open heart, that the kundalini shakti will flow more strongly within you as you go, awakening you to a new, brilliant world of awareness and joy.

Christopher S. Kilham has taught yoga, meditation, and natural health since 1978. Known for his appearances as the Medicine Hunter on the Dr. Oz Show, CNN Health, and FOX News Health, he has conducted medicinal research in more than 30 countries across 5 continents and the South Pacific. The author of many articles and several books, including Hot Plants, The Five Tibetans, Kava: Medicine Hunting in Paradise, and The Whole Food Bible, he lives in Leverett, Massachusetts.

The Lotus and the Bud