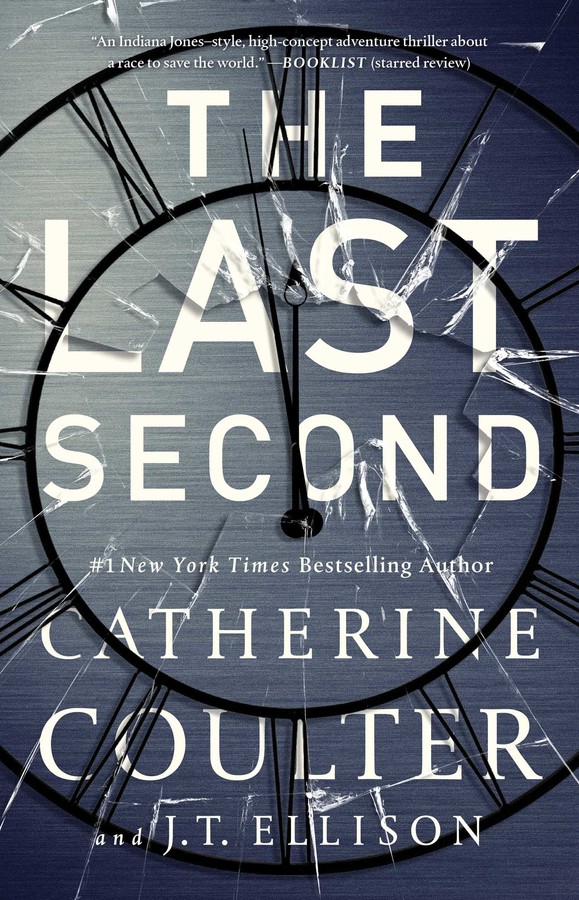 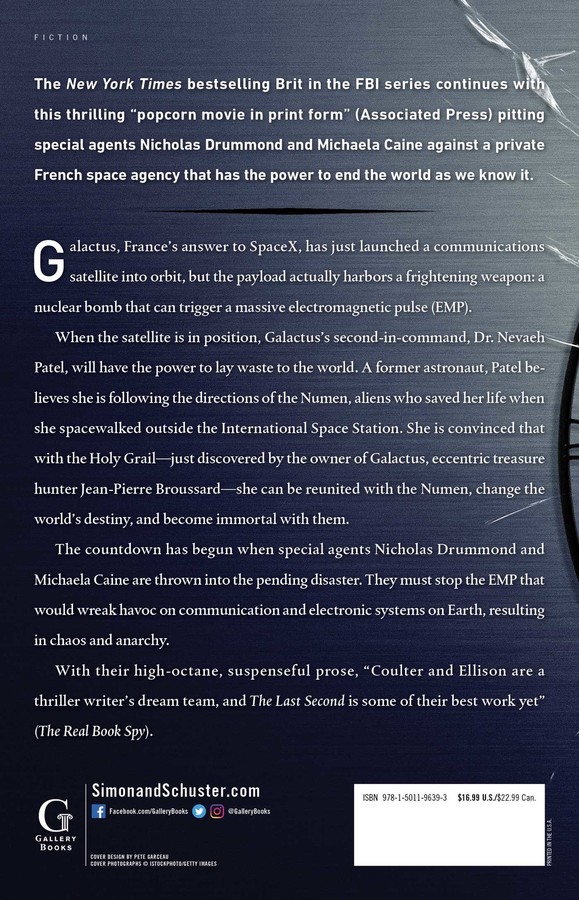 Book #6 of A Brit in the FBI
By Catherine Coulter and J.T. Ellison
Trade Paperback
eBook
LIST PRICE £9.99
PRICE MAY VARY BY RETAILER

From New York Times bestselling authors Catherine Coulter and J.T. Ellison comes a riveting thriller pitting special agents Nicholas Drummond and Michaela Caine against a private French space agency that has the power to end the world as we know it.

Galactus, France’s answer to SpaceX, has just launched a communications satellite into orbit, but the payload actually harbors a frightening weapon: a nuclear bomb that can trigger a massive electromagnetic pulse (EMP).

When the satellite is in position, Galactus’s second-in-command, Dr. Nevaeh Patel, will have the power to lay waste to the world. A former astronaut, Patel believes she is following the directions of the Numen, aliens who saved her life when she space walked outside the International Space Station. She is convinced that with the Holy Grail—just discovered by the owner of Galactus, eccentric treasure hunter Jean-Pierre Broussard—she can be reunited with the Numen, change the world’s destiny, and become immortal with them.

The countdown has begun when Special Agents Nicholas Drummond and Michaela Caine are thrown into the pending disaster. They must stop the EMP that would wreak havoc on communication and electronic's systems on Earth, resulting in chaos and anarchy.

With their signature “nonstop action with enough realism to keep you thinking and scare the daylights out of you at the same time” (Suspense Magazine), Coulter and Ellison have created a thriller to take you on a breakneck and breathtaking journey.

The Guiana Space Centre (CSG) is a French and European spaceport to the northwest of Kourou in French Guiana. Operational since 1968, it is particularly suitable as a location for a spaceport as it is near the equator, so that less energy is required to maneuver a spacecraft into an equatorial, geostationary orbit, and it has open sea to the east, so that lower stages of rockets and debris from launch failures cannot fall on human habitations.

Launch of the Galactus 5 Rocket

Dr. Nevaeh Patel was always nervous at a countdown, but this wasn’t an ordinary launch. She’d taken great care to ensure no one on the ground had any idea how very important this payload was to her. All they saw was the same calm, cool, collected CEO and president they always saw, an omnipresent figure during launches, a well-liked, hands-on manager, intelligent—a woman to admire. After all, she’d spent almost six months aboard the International Space Station, one of the few female astronauts to achieve the honor in the new millennium, and was spoken of with awe by many of the aerospace experts who spent their days and nights sending rockets to space. Many. Not all.

She tapped a pencil against the computer station, listening to her launch commander run through the countdown checklist. She looked from screen to screen, focused, assessing. The forty-foot wall was broken into five massive squares—the large center screen showing the Galactus 5 rocket on the launchpad, flanked by two more screens on either side. Top left, the launch sequence; bottom left, the orbital planes surrounding Earth; top right, the elliptical they selected for the satellite insertion; bottom right, the interior specs of the rocket itself, laid out in a 3-D rendering from engines to fairing, running systems checks of each component. Above was a smaller horizontal screen running the computer programming codes now taking over from human flight control.

She watched every screen with the intensity of a hawk. Nothing was left to chance. Nothing. Even the smallest anomaly would scrub the launch. And she prayed.

The rocket’s computers took over, and all she could do now was watch and wait as the team leads ran the various preflight tests and reported back. She heard the magic word in her ear over and over.

Nominal was the only word she ever wanted to hear during a launch. It meant everything was going according to plan, the launch sequence wasn’t meeting with any problems. Nominal meant more than normal in space talk. It meant everything was performing perfectly. With as many moving parts as it took to send a rocket into space, nominal represented the triumph of human achievement.

There had been a time when she was the one strapped into a tiny capsule and hurtled into orbit, the powerful thrust of the rocket taking her from zero to seventeen thousand miles per hour in less than eight minutes. But those days were past, and now Nevaeh ran Galactus Space Industries, a low-cost private provider to the European space arena. Launching telecommunications satellites into orbit was their bread and butter. She was responsible for eight launches a month, mostly sending European telecom satellites into a geostationary orbit, where they would boost signal strengths to increase cellular and Wi-Fi coverage for whichever company was sending up the satellite. With the success of Galactus, these nominal moments had become ordinary. Almost. But this time nominal was all she wanted to hear.

“This is Flight. T-minus one minute.”

Nevaeh couldn’t help it, she always held her breath. So much could happen in a single instant, so many things could go wrong.

The engines, already running in preflight mode, roared to life, billowing steam and fire, and lifted the rocket into the sky, making the ground shake. Nevaeh’s heart pumped hard as she watched the rocket—her special rocket—her focus now on the launch commander running through his postlaunch checklist. Cheers nearly drowned out his voice, but she listened carefully as he ticked off each benchmark.

Less than a minute later, the rocket was supersonic; another minute and the booster engines throttled back and separated from the main capsule that contained the twelve-foot-wide comms satellite.

Eight minutes after launch, the capsule was in orbit, and the fairing—the protective shield above the satellite—opened. The satellite was propelled into space, where it would take its place among the more than two thousand other satellites sending radio signals back down to Earth.

When the final stage broke away, there were cheers from the engineers in the flight center. Relief coursed through her. They’d done it. She looked down, saw that sometime during the launch she’d broken her pencil in two.

She grinned at the launch commander and rose and raised her fist to the rest of the room. She gave them a small bow and some applause of her own.

She called out, “Success. A beautiful launch. Thank you all for your hard work.” She gave them all a thumbs-up and added, “Merci beaucoup.”

Nevaeh walked from the command center to her small office. Her primary office was, of course, at the Galactus headquarters in Lyon, France, but she maintained space in French Guiana when she was able to be here for launch supervision.

It now fell to her team of engineers to activate the satellite and triangulate it into its final position.

She smiled. Not one of the engineers, not one of the technicians, no one except Kiera Byrne, her bodyguard and companion, knew she’d altered the computer code to put this particular satellite into a spot selected by her—not the company who’d paid for it to be launched. There was a special payload on this run-of-the-mill satellite, and only she and Kiera knew. No one else needed to know what was in the lead-lined box. Not until she was ready.

In two weeks’ time, her nuclear bomb hidden aboard the satellite was going to set off an electromagnetic pulse that would change the world, and Nevaeh would remake it in her own image. 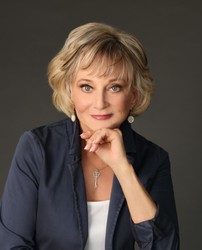 Catherine Coulter is the #1 New York Times bestselling author of eighty-four novels, including the FBI Thriller series and The Brit in the FBI international thriller series, cowritten with J.T. Ellison. Coulter lives in Sausalito, California, with her Übermensch husband and their two noble cats, Peyton and Eli. You can reach her at ReadMoi@Gmail.com or visit Facebook.com/CatherineCoulterBooks.

New York Times bestselling author J.T. Ellison writes dark psychological thrillers and pens the Brit in the FBI series with #1 New York Times bestselling author Catherine Coulter. With millions of books in print, her work has won critical acclaim, prestigious awards, and has been published in twenty-seven countries. She is also the Emmy Award–winning cohost of the premier literary television show A Word on Words. Ellison lives in Nashville with her husband and twin kittens. Visit JTEllison.com for more information, and follow her on Twitter and Instagram @ThrillerChick or Facebook.com/JTEllison14.

Book #6 of A Brit in the FBI
By Catherine Coulter and J.T. Ellison
Trade Paperback
eBook
LIST PRICE £9.99
PRICE MAY VARY BY RETAILER

More books in this series: A Brit in the FBI