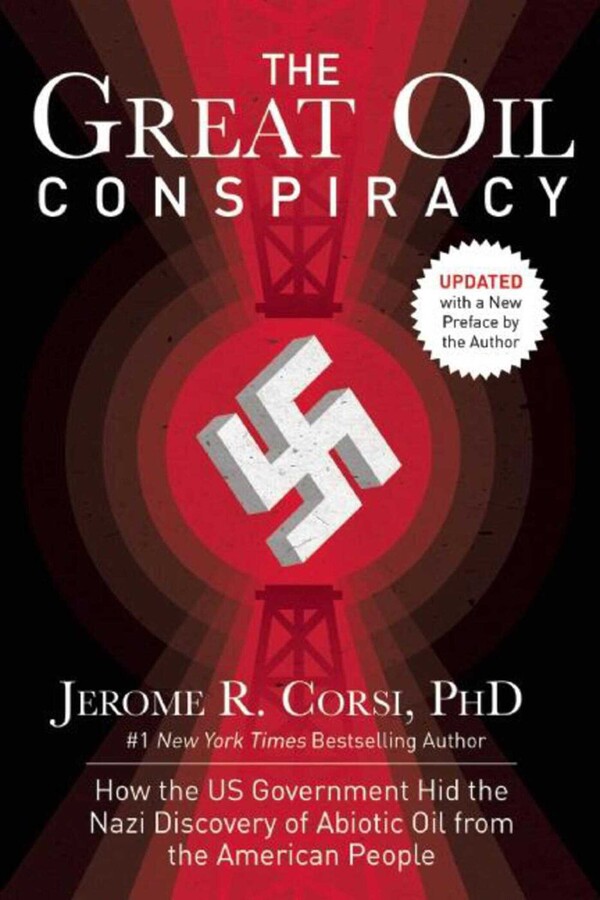 At the end of World War II, U.S. intelligence agents confiscated thousands of Nazi documents developed by German chemists unlocking the secrets of how oil is formed. When the Nazis took power, Germany had resolved to develop enough synthetic oil to wage war successfully, even without abundant national oil reserves. For decades, these confiscated German documents remained largely ignored in a United States where petro-geologists and petro-chemists were convinced that oil was a fossil fuel” created by ancient decaying biological debris.

Clearly, big U.S. oil companies had no financial interest in explaining to the American people that oil was a natural product made on a continual basis deep within the earth. If there were only so many fossils in geological time, there could only be so much oil. Big oil could then charge more for a finite, rapidly disappearing resource than for a natural, renewable, and probably inexhaustible one.

Once oil is understood as an abundantly available resource, there is no reason hydro-carbon fuels cannot indefinitely propel the development and production of cheap energy reserves the United States needs to maintain its dominant position in the emerging global economy. The Great Oil Conspiracy, updated for this paperback release with a new chapter by Dr. Corsi, explains how German chemists had cracked the code to synthetic oil, and why the U.S. government is trying to keep their findings from you to this day.