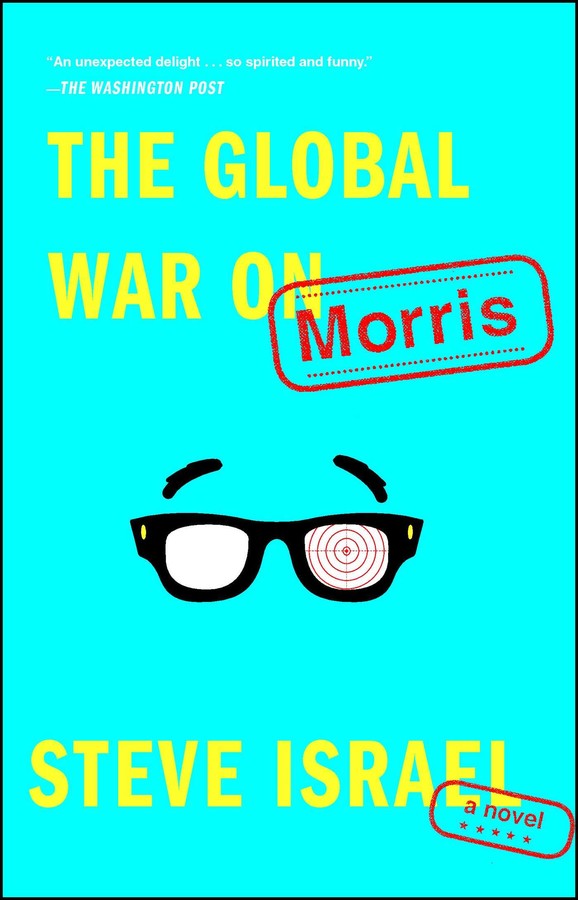 The Global War on Morris

By Steve Israel
LIST PRICE £9.99
PRICE MAY VARY BY RETAILER

“Writing in the full-tilt style of Carl Hiaasen” (The Washington Post), this jaundiced political satire was ripped from the headlines and penned by an author who’s met the characters, heard the conversations, and seen the plot twists firsthand.

Meet Morris Feldstein, a pharmaceutical salesman living and working in western Long Island who loves the Mets, loves his wife Rona, and loves things just the way they are. He doesn’t enjoy the news; he doesn’t like to argue. Rona may want to change the world; Morris wants the world to leave him alone. Morris does not make waves. But one day Morris is seduced by a lonely, lovesick receptionist at one of the offices along his sales route, and in a moment of weakness charges a non-business expense to his company credit card. No big deal. Easy mistake.

But the government’s top-secret surveillance program, anchored by a giant, complex supercomputer known as NICK, thinks differently. NICK begins to thread together the connected strands of Morris’s life—his friends, family, his traffic violations, his daughter’s political leanings, his wife’s new patients, and even his failed romantic endeavors—and Morris becomes the government’s public enemy number one.

In his “laugh-out-loud funny” (Chris Matthews) debut novel, author “Steve Israel reveals his inner Jon Stewart” (Daily News, New York). The Global War on Morris toes the line between recent breaking headlines and a future that is not that difficult to imagine: “Why read this when one can see Washington insiders acting like buffoons in farcical situation on CNN? This is funnier than Wolf Blitzer, that’s why” (Library Journal). 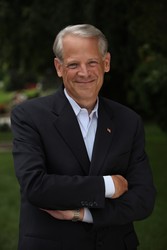 Congressman Steve Israel was the former United States Representative for New York’s third congressional district, serving in the United States Congress from 2001 to 2017. Born and raised in Brooklyn and on Long Island, Israel graduated from George Washington University. He is the author of the novels The Global War on Morris and Big Guns.

“If Joseph Heller had served in Congress instead of the Second World War, he might have written The Global War on Morris instead of Catch-22. Congressman Steve Israel's tale of how the war on terror sweeps up an unassuming salesman from Long Island is both darkly hilarious and hilariously dark. Somehow Israel has combined his access to top secret national security briefings with a finely tuned sense of the absurd as he skewers Washington bureaucrats, Machiavellian politicians, and a certain Darth Vader-like Vice President. On every page he displays a wicked wit and an irony that never descends into bitterness."—

"If there's a writer currently serving in the U.S. House of Representatives funnier than Steve Israel, I have not been made aware of their work. The Global War on Morris is a great, smart, and funny read."

“I haven’t laughed so hard since I read my last novel. Steve Israel is as funny, witty, and satirical on paper as he is in person. He’s also a master of political insight and an accurate observer of Washington absurdities. The Global War on Morris is a bi-partisan skewer that will annoy both sides of the aisle. At a time when America could use a good laugh, Congressman Israel comes to the rescue. Fast and furious, fair and balanced. A great read!”

“The Global War on Morris is a laugh-out-loud funny book. I don’t mean a chuckle here or there. This yarn by Congressman Steve Israel is downright hilarious. The NSA types in Washington, we discover, have picked up this unlikely pair with its state-of-the-art surveillance operation: Morris is a medical supplies salesman—a real nebbish guy—who can’t wait to get home to Long Island each night and catch the old black-and-white movies on Turner Classics. Hassan is a “sleeper cell” terrorist down in Miami waiting for his call-up, and with it that dreamy reward of 72 virgins. Guess which of these two the US government has marked as the country’s number-one security threat? But the greatest surprise in The Global War on Morris is how a US congressman can be such a world-class satirist. Steve Israel is right up there with Tom Wolfe and Christopher Buckley, and, believe me, that’s as great as it gets. This first book of Steve Israel’s is a race between laughter and absurdity with you as the referee.”

"I was laughing out loud."

"[I]t’s an unexpected delight to find “The Global War on Morris,” a political satire by Rep. Steve Israel (D-N.Y.), so spirited and funny... writing in the full-tilt style of Carl Hiaasen, Israel... skewer[s] his way through one gaffe after another in the fight against domestic terrorism. Imagine 'It's a Mad, Mad, Mad, Mad World' with a soupcon of al-Qaeda.""

"Rep. Steve Israel reveals his inner Jon Stewart in his debut novel....The book amounts to a critique of what Israel deems the overreaching of the Bush-Cheney efforts."

“Hilarity and broad satire of the bureaucracy ensue….Why read this when one can see Washington insiders acting like buffoons in farcical situation on CNN? This is funnier than Wolf Blitzer, that’s why.”

“Israel’s tongue muscles still must be hurting. After all, he had his tongue firmly planted deeply in his cheek for virtually every sentence through this 289-page romp. This is pure satire, biting sarcasm filled with laugh-out-loud digs at Cheney and his crew, overstuffed federal bureaucracies, headline-grabbing politicians, the excesses of the war on terrorism and even America-spoiled sleeper-cell terrorists.”

The Global War on Morris

By Steve Israel
LIST PRICE £9.99
PRICE MAY VARY BY RETAILER