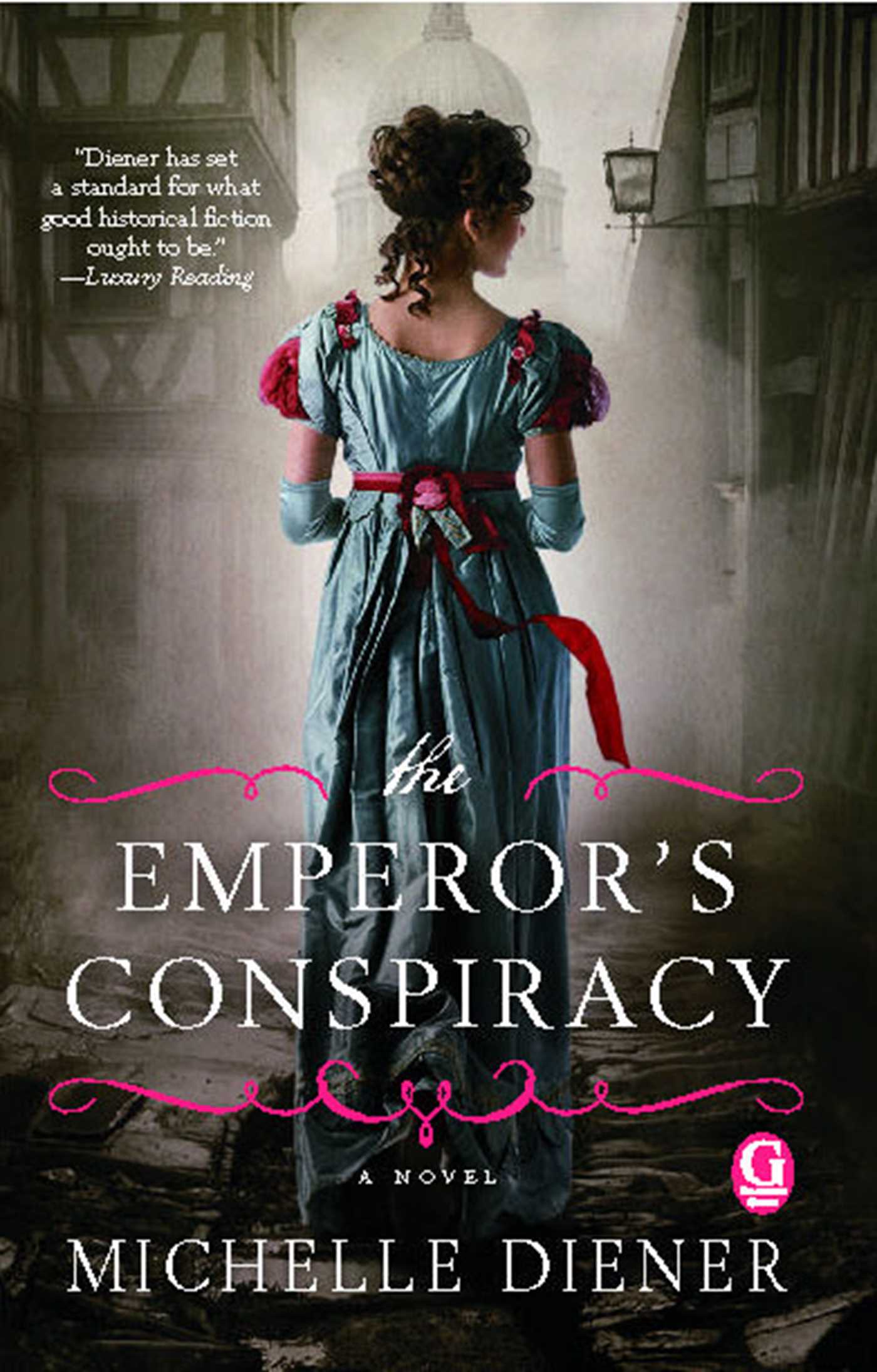 By Michelle Diener
LIST PRICE £4.99
PRICE MAY VARY BY RETAILER

Set in early nineteenth-century England, this vivid and romantic historical novel goes from the most elegant ballrooms of London to the city’s most tawdry slums, as a spirited young woman helps unravel a plot by Napoleon to bleed England of all its gold.

Chance led to Charlotte Raven’s transformation from chimney sweep to wealthy, educated noblewoman, but she still walks a delicate tightrope between two worlds, unable to turn her back on the ruthless crime lord who was once her childhood protector.

When Lord Edward Durnham is tapped to solve the mystery of England’s rapidly disappearing gold, his search leads him to the stews of London, and Charlotte becomes his intriguing guide to the city’s dark, forbidding underworld. But as her involvement brings Charlotte to the attention of men who have no qualms about who they hurt, and as Edward forges a grudging alliance with the dangerous ghosts of Charlotte’s former life, she faces a choice: to continue living in limbo, or to close the door on the past and risk her heart and her happiness on an unpredictable future.

By clicking 'Sign me up' I confirm that I'd like to receive updates, special offers, including partner offers, and other information from Simon & Schuster Inc. and the Simon & Schuster family of companies. I understand I can change my preference through my account settings or unsubscribe directly from any marketing communications at any time. We will send you an email with instructions on how to redeem your free ebook, and associated terms.
This reading group guide for The Emperor's Conspiracy includes an introduction, discussion questions, and ideas for enhancing your book club. The suggested questions are intended to help your reading group find new and interesting angles and topics for your discussion. We hope that these ideas will enrich your conversation and increase your enjoyment of the book.

Charlotte Raven hasn’t always been a proper lady. Beneath her prim and proper gloves lie the scars of her former life: Charlotte used to be “Charlie,” a girl of the streets who dressed as a boy to work as a chimney sweep. After Lady Catherine Howe took her in, Charlotte gained access to the cream of the crop of London society. But Charlotte keeps a foot in her old world—she still visits the “rookeries,” London’s seamy side, to see her childhood friend Luke, who has worked his way to the top of London’s organized crime system. With her unique access to the rookeries, Charlotte is indispensable to a top-secret investigation: England’s gold is slowly disappearing, and the Crown is desperate to stop the smugglers. A handsome secret agent, Edward Durnham, needs Charlotte’s help to untangle this vast conspiracy of society lords and crime lords. But when Charlotte finds herself falling for Edward, Luke’s jealousy threatens to boil over. Charlotte soon discovers that Luke is a linchpin in the gold conspiracy, which is Napoleon’s scheme to ruin England’s economy. In the end, Charlotte realizes that as much as she longs to begin a new life with Edward, she will always be faithful to herself, from chimney sweep to proper lady.

1. The Emperor’s Conspiracy opens in 1799, with a frightened child stuck in Lady Catherine Howe’s chimney. What is the effect of this brief flashback, before the novel switches to Charlotte’s adventures in 1811? What do we learn about Charlotte and Catherine’s bond through their unusual first meeting?

2. Discuss the risk that Charlotte takes in warning Emma Holliday about Lord Frethers. Why does Charlotte choose to trust Emma with the secrets of her past? How does Emma react to Charlotte’s unusual tale?

3. Recall your first impression of Lord Edward Durnham. What kind of welcome does he give Emma when she and her sons show up at his door? What does Charlotte observe about Edward on their first meeting? How do her impressions of him change throughout the rest of the novel?

4. When Charlotte considers her dual life, “She smiled at the idea of being a captive princess in the rookeries, or a restrained mouse in the glitter of the ton” (page 144). In what ways is this image of Charlotte’s life an exaggeration? What kernel of truth does the statement contain—what kind of “captive” or “mouse” is Charlotte within these two worlds?

5. By living in the gin house on Tothill Road, Luke has made “a new jail for himself, all of his own making. He could escape whenever he wanted, and yet he chose to remain” (page 227). Discuss how the gin house resembles the Hulks, the jail where Luke was confined as a youth. Why has Luke recreated the horrors of the Hulks on Tothill Road?

6. Peter, an informant from the rookeries, calls Charlotte “a hope-killer. . . . But kindness? Luck like that—it’s a million-to-one chance, and you already took the one chance going” (page 90). Explain what Peter means by a “hope-killer.” Why does he believe that Charlotte’s fate is unique? Is her success due to luck, effort, or a combination? Explain your answer.

8. Consider the two villains in The Emperor’s Conspiracy: Lord Frethers and Lord Hawthorne. What kinds of harm did each inflict on Charlotte or Edward in the past? What scars do Charlotte and Edward still bear? Which villain did you find more menacing in the end, and why?

9. Discuss the levels of surveillance on Charlotte and Edward. Why are they followed by “watchers” at every turn? How does the threat of gossip affect their budding relationship?

10. At Lady Crowder’s ball, Charlotte wonders about Edward, “Could she both want to see him, and wish she never saw him again, at the same time?” (page 191). Discuss Charlotte’s conflicted feelings for Edward. Why does she have trouble pinpointing how she feels about him? How does Lady Crowder’s ball serve as a turning point in their relationship?

11. Consider which characters in The Emperor’s Conspiracy are the most loyal and disloyal to England. Which lords of the ton and crooks of the rookeries seem most willing to betray their country? Which high-class and low-class characters try to defend the Crown, and why?

12. According to Charlotte, “we are what we make ourselves” (page 281). Discuss how this statement applies to each of the main characters of the novel: Charlotte, Edward, Luke, and Emma. How have they made their own fates? What forces are beyond their control, and how do they attempt to remake themselves within those limitations?

13. Discuss Charlotte’s relationship with members of her staff: Gary, Kit, and Betsy. Why has Charlotte brought them to Lady Catherine’s house? How does she earn their loyalty? Why does Kit agree to stop spying on Charlotte for Luke?

14. Discuss the novel’s ending, when Charlotte wonders if she will share evidence that implicates Luke in the smuggling conspiracy. Why would Charlotte choose to hide the proof from Edward? Do you think this represents a rift between Charlotte and Edward? Explain your answer.

1. Learn all about London’s dynamic street language by tuning in to an NPR radio program about “Cockney rhyming slang.” Listen here: http://www.npr.org/2012/03/14/148574426/olympics-letter-from-london.

2. It’s not just in the “stews” of old London that people are homeless and hungry. Visit www.volunteermatch.org to find a nonprofit organization that helps the homeless in your area. Consider volunteering or donating to a local shelter.

3. Come to your book club meeting dressed in the styles of Regency England! Whether you choose to be a chimney sweep of the rookeries or a lady of the ton, wear some accessories that represent early-nineteenth-century England. For some inspiration on the fashions of the era, visit http://www.fashion-era.com/regency_fashion.htm.

4. The Emperor’s Conspiracy is inspired by a true story: France’s secret smuggling operation during the Napoleonic Wars! Read about England’s struggle to suppress smuggling before, during, and after the wars at this informative site: http://www.smuggling.co.uk/history_expansion.html.

5. Learn about the Hulks and other jails in British history through this illustrated BBC News timeline: http://news.bbc.co.uk/2/hi/uk_news/4887704.stm. 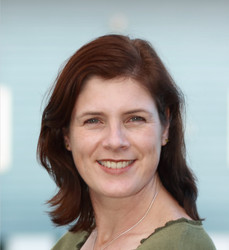 Michelle Diener has always had a passion for reading and writing. She began writing stories when her parents gave her a typewriter for her twelfth birthday, and she hasn’t stopped since. Born in London and raised in South Africa, she now lives on the west coast of Australia with her husband and two small children.

By Michelle Diener
LIST PRICE £4.99
PRICE MAY VARY BY RETAILER