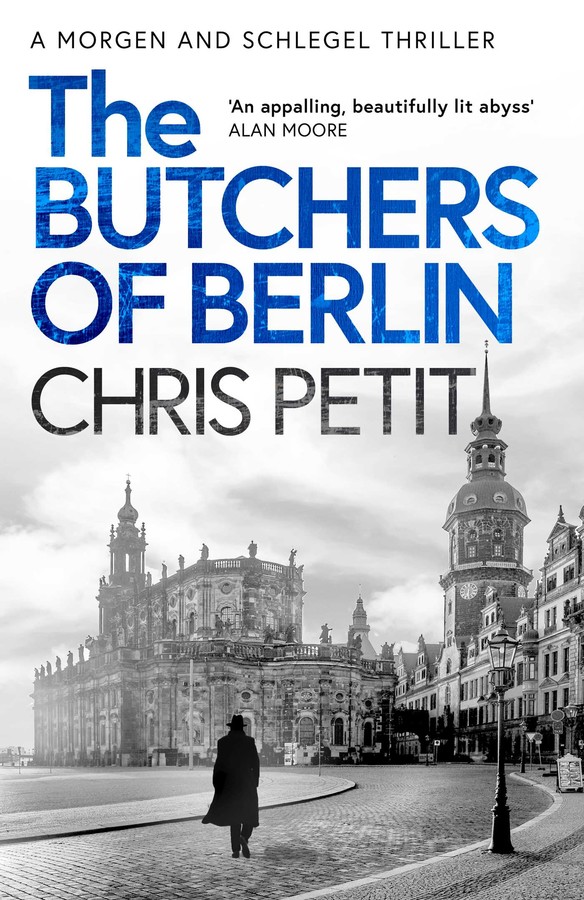 The Butchers of Berlin

By Chris Petit
LIST PRICE £8.99
PRICE MAY VARY BY RETAILER

'One of Britain's most visionary writers' DAVID PEACE

A dark, chilling and mesmerising thriller set in wartime Berlin, for fans of Joseph Kanon and Robert Harris.
Berlin 1943. August Schlegel lives in a world full of questions with no easy answers. Why is he being called out on a homicide case when he works in financial crimes? Why did the old Jewish solider with an Iron Cross shoot the block warden in the eye then put a bullet through his own head? Why does Schlegel persist with the case when no one cares because the Jews are all being shipped out anyway? And why should Morgen, wearing the dreaded black uniform of the SS, turn up and say he has been assigned to work with him?

Corpses, dressed with fake money, bodies flayed beyond recognition: are these routine murders committed out of rage or is someone trying to tell them something?

Praise for Chris Petit's previous novels: 'Hugely impressive and highly readable; in the tradition of Thomas Harris's The Silence of the Lambs' Financial Times
'Ferocious invention marks this novel out as special' The Edge
'Ambitious and intelligent'  Times
'Puts Petit in the first rank' Metro
'A zigzagging narrative as byzantine and blackly pessemistic as late James Ellroy' Independent on Sunday
'An example of the genre near its best. Gorky Park with something to spare; well worth anyone's weekend' Guardianfor The Psalm Killer
Chris Petit
Chris Petit has written a trio of acclaimed “beyond black” political thrillers covering a serial killer operating in sectarian Northern Ireland (The Psalm Killer); dirty money in World War II (The Human Pool); and terror, arms trading and the bombing of a civilian aircraft (The Passenger); as well as The Butchers of Berlin which also features the characters Schlegel and Morgen. He is an internationally renowned filmmaker.

The Butchers of Berlin

By Chris Petit
LIST PRICE £8.99
PRICE MAY VARY BY RETAILER