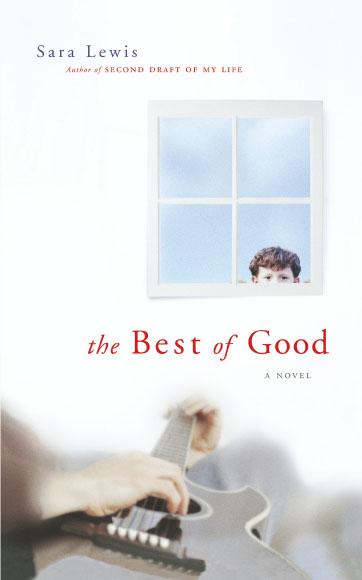 The Best of Good

By Sara Lewis
LIST PRICE £13.99
PRICE MAY VARY BY RETAILER

Life was fine for Tom Good, called Good by almost everyone. He was actually getting paid to play music, started the band Point Blank, and penned three hits that became forever lodged in his generation's collective memory. Then, for no apparent reason and to everyone's surprise, he walked away from it all.

That was more than twenty years ago. Now Good has settled into a low-key life, writing and recording songs in his closet studio during the day and bartending in a San Diego music club at night. He feels so grounded and secure in his well-established routines with regard to his relationships, his clothes, his food, and his apartment, that minor alterations in these rituals can cause him to break out into a sweat. But the carefully crafted predictability of his life flies out the window the day Good learns that one of his old girlfriends is the single mother of a ten-year-old boy who looks just like him.

Sara Lewis, who won readers over with her previous novels, including Second Draft of My Life and The Answer Is Yes, once again reveals the ironies of everyday life with her signature humor and poignancy. The Best of Good is an irresistible tale of coming-of-age at the mid-point in life.

I was in my sister Ellen's bathroom, drilling through tile. The first try, a couple of days ago, resulted in a cracked tile, which of course I had to replace. I had never put a single tile in the middle of a wall of them, so I had to hunt down a knowledgeable Home Depot employee and listen carefully to his instructions. I had to buy grout, new tile, a special drill bit and so on. A small square of plain white tile is not as easy to find as you might think. There are all kinds of variations on white, white shadow, off-white. The possibilities are endless. And the size has to be the same. So start to finish, getting the new shower curtain rod put up, which was what my sister had asked me to do for her in the first place, ended up taking three days and costing more than expected. But as I put the final screw in the wall, my sister standing in the doorway with the shower curtain in her hands, I was almost sorry to see it end. After all that work, what she had in her bathroom was what she had before the little suction cups on the old rod gave up -- a functional shower curtain. It didn't seem like enough.

"Great, Tom!" She started to snap the plastic curtain hooks over the rod. "Thanks so much for doing this. Sorry it turned out to be such a hassle."

I took the other end of the curtain and started hooking it from the opposite direction. "Is that all you want me to do?"

"Sure you don't want, maybe, a shelf unit there above your hamper?"

"Really," Ellen said. "I have enough in here. It's the best-equipped bathroom I've ever seen!" She looked at herself in one of the mirrors, fluffing up the front of her hair. I didn't want to tell her that this didn't make the gray strands any less noticeable. My sister was only four years older than me, but she had all the gray hair.

I surveyed the room. There were hooks I'd put up for her towel and robe. Two mirrors, a shelf unit beside the medicine cabinet. "How about another towel bar right over here?"

"Well, see, I just don't need to hang up any more towels. I've already got room for four. Two here, one there, and one over here. And since I live alone, I don't really -- "

"Yeah," I said. "You're right." I walked into the bedroom. "Any other repairs? What about bookshelves? Want some more shelves somewhere?"

"Thanks, but I think you've built me more shelves than the public library down the street has."

"Well," I said, "it's not a major branch." I was still looking around the condo, checking for things that needed repairs, places where racks or shelves or hooks could be added.

"I have everything I need," she said. "Let's eat. I made that spaghetti sauce you like."

"Deal," she said. "But, Tom, this time would you mind waiting until after we've finished eating the food that's on them?"

Of course the sauce was excellent and so was the salad. While I was eating, I was looking around the place, hoping to find something broken or loose or worn that I could fix for her. Unfortunately, everything was in pretty good shape. I owe my sister a lot, and I am always on the lookout for ways to repay her.

"Hey!" I said, looking up from my spaghetti.

"Maybe you need a spice rack!"

She pointed. Next to the stove there was a set of little wooden shelves, just right for a medium-sized spice collection.

"What about your place, Tom?"

"Don't you think you should put up some shelves there? Build yourself a spice rack?"

"I'm just saying that you put so much time and energy into fixing up my place, but maybe you should focus some of that effort on your own."

I looked at her. "What for? What would be the point of that?" 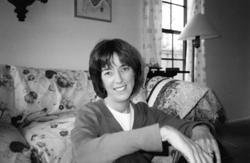 The Best of Good

By Sara Lewis
LIST PRICE £13.99
PRICE MAY VARY BY RETAILER