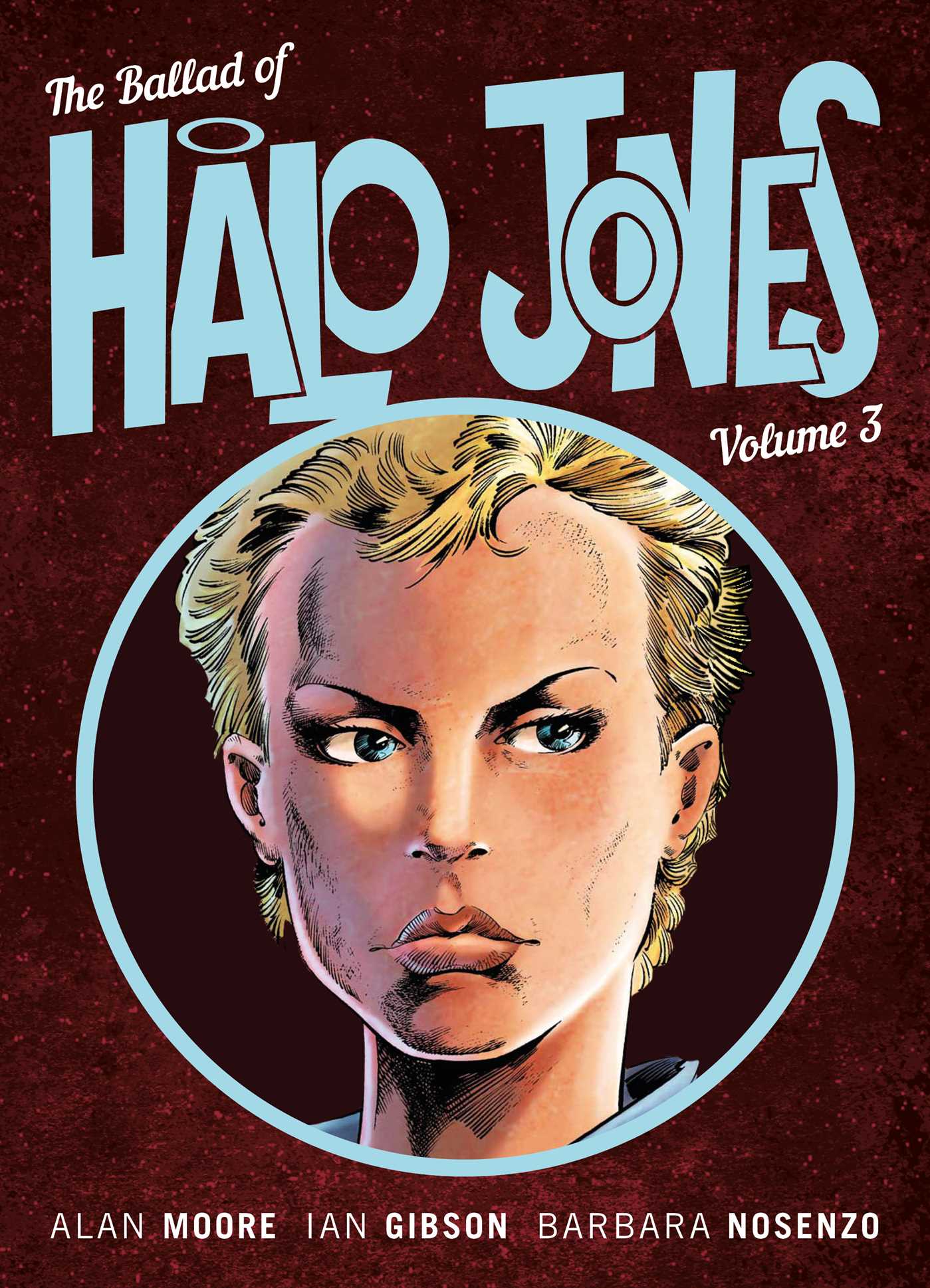 Book #3 of The Ballad of Halo Jones
By Alan Moore, Ian Gibson and Barbara Nocenzo
Published by 2000 AD
Distributed by Simon & Schuster
LIST PRICE £9.99
PRICE MAY VARY BY RETAILER

"Where did she go? Out. What did she do? Everything..." Bored and frustrated with her life in 50th-century leisure-ghetto housing estate `The Hoop', 18-year-old everywoman Halo Jones yearns for the infinite sights and sounds of the universe.

Perhaps the most widely respected comic writer of the modern era, Alan Moore’s contribution to the comics world is incalculable. Creator of some of 2000 AD’s most popular series, including Abelard Snazz, The Ballad of Halo Jones, D.R. & Quinch and Skizz, he has also worked on A.B.C. Warriors, Ro-Busters, Rogue Trooper, Ro-Jaws’ Robo-Tales, Tharg the Mighty, Time Twisters and several one-off strips. Outside of the Galaxy’s Greatest Comic, Moore is best known for his work on the classic Watchmen, which redefined the superhero genre in 1986, but this is simply touching the surface of a career which has included 1963, A1’s Warpsmiths, Bojeffries Saga and Maxwell the Magic Cat, AARGH!, Batman, Big Numbers, Brought to Light, Captain Britain, Deathblow, Flesh and Bones, From Hell, Glory, Green Lantern Corps, Lost Girls, Miracleman, A Small Killing, Snakes and Ladders, Spawn, Supreme, Swamp Thing, Superman , V For Vendetta, WildC.A.T.S. and Youngblood. Moore is now owner and chief writer of the America’s Best Comics line, distributed by WildStorm, and including Promethea, Tom Strong, Tomorrow Stories, Top Ten and The League of Extraordinary Gentlemen, which has been made into a major Hollywood movie.

One of 2000 AD’s best-loved and most honoured artists, Ian Gibson is responsible for the co-creation of The Ballad of Halo Jones (with Alan Moore), and created Bella Bagley, an unfortunate character in Judge Dredd’s world who fell head-over-heels in love with ‘Old Stoney Face’ himself! His work outside the Galaxy’s Greatest Comic includes Chronicles of Genghis Grimtoad, Star Wars: Boba Fett, X-Men Unlimited, plus the designs for the TV series Reboot.

Book #3 of The Ballad of Halo Jones
By Alan Moore, Ian Gibson and Barbara Nocenzo
Published by 2000 AD
Distributed by Simon & Schuster
LIST PRICE £9.99
PRICE MAY VARY BY RETAILER

More books in this series: The Ballad of Halo Jones