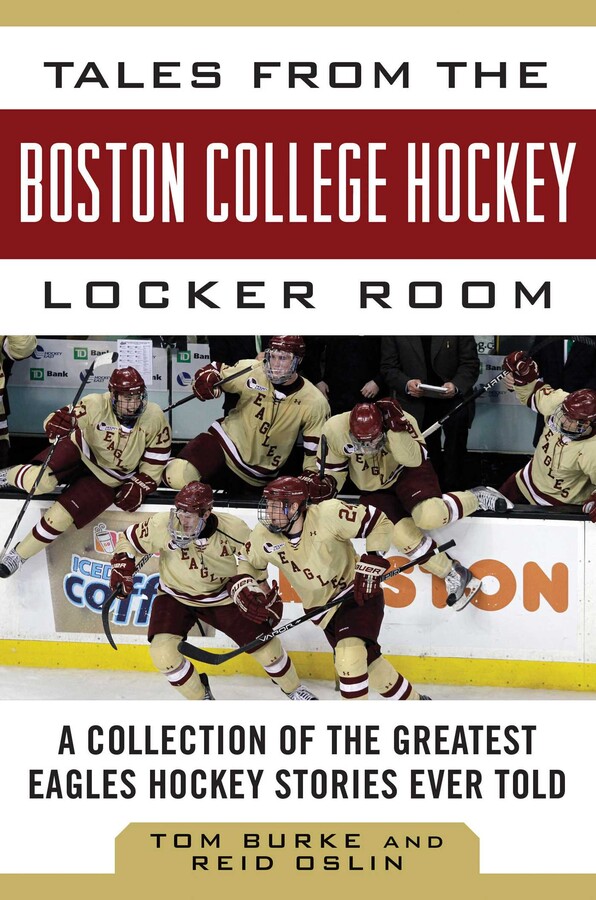 A Collection of the Greatest Eagles Hockey Stories Ever Told

Part of Tales from the Team
By Tom Burke and Reid Oslin
LIST PRICE £14.99
PRICE MAY VARY BY RETAILER

With five Division I national championships to its creditmost recently in 2012the men’s hockey program at Boston College is a force to be reckoned with year after year. Tales from the Boston College Hockey Locker Room details the long and highly successful history of ice hockey at Boston College, from the informal ice polo” competition held among students at BC’s original campus in the South End of Boston in the 1890s, to the establishment of a formal varsity ice hockey program shortly after the school relocated to its present-day home in Chestnut Hill a century ago, and on to the emergence of Boston College hockey as one of the most successful programs in all of collegiate sports. This book blends research; interviews with coaches, players, and fans of Eagles hockey; and scores of anecdotes about the high pointsand a few slips that occurred along the wayin the building of Boston College’s fabled hockey tradition.

Fans of Boston College hockey, as well as college sports aficionados everywhere, will find this book to be an entertaining and fact-filled volume of tales and accomplishments of one of the nation’s premier intercollegiate sports programs.

A Collection of the Greatest Eagles Hockey Stories Ever Told

Part of Tales from the Team
By Tom Burke and Reid Oslin
LIST PRICE £14.99
PRICE MAY VARY BY RETAILER