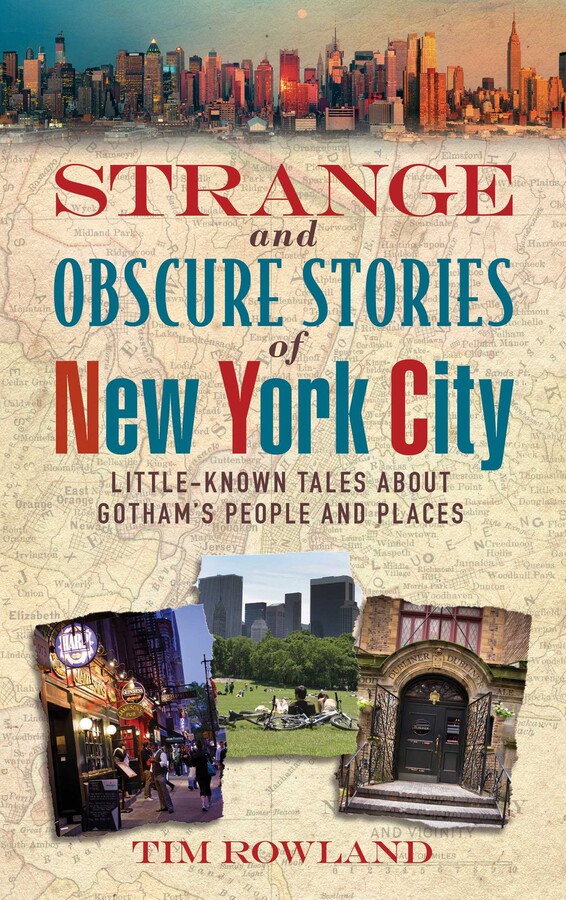 By Tim Rowland
LIST PRICE £10.99
PRICE MAY VARY BY RETAILER

The 1948 crime film The Naked City (later a television show) ended with this iconic line: There are eight million stories in the naked city.” Things have not changed; every era and neighborhood is full of true tales and legends about which even residents are likely to be unaware. Strange and Obscure Stories of New York City takes the reader on a breathtaking tour of the five boroughs in search of these accounts. Some are eerily fascinating in their own right while others explain how the city became the great metropolis that it is.

Before the World Trade Center 9/11 tragedy, the aftermath of a fire aboard the steamboat General Slocum in the East River was the city’s greatest disaster. The 1904 event occurred during an outing for a church group. The loss of life1,021 out of the 1,358 passengersdevastated the German American community that inhabited Manhattan’s East Village. To escape bad memories, they relocated to Yorkville on the Upper East Side, a neighborhood later celebrated for its German restaurants, stores, and breweries.

On July 23, 1886, not long after the Brooklyn Bridge opened, a twenty-three-year-old named Steve Brodie announced that he survived a 150-foot drop into the East River. (A liquor dealer offered to back a saloon that Brodie wanted to open but only if he took the risk.) Although there were no witnesses, news of the alleged jump made headlines, with the New York Times supporting Brodie’s claim and the phrase pull a Brodie,” meaning to try a dangerous stunt, entering popular parlance.

Then, too, are the unsolved murders, ghost stories, urban legends (are there indeed alligators living in the sewers?), and hidden histories that are all part of this lively and captivating chronicle of the world’s greatest city.

Tim Rowland has authored a number of books, including histories of the Adirondacks and Western Maryland mountains, and the Strange and Obscure series, collections of historical essays focusing on lesser-known aspects of American history. An avid outdoorsman, Rowland has climbed in the Himalayas, hiked the Inca Trail, trekked throughout Europe, and ridden a bicycle across the United States. He has climbed all 46 Adirondack High Peaks over 4,000 feet. He and his wife Beth live in Jay, New York.

By Tim Rowland
LIST PRICE £10.99
PRICE MAY VARY BY RETAILER