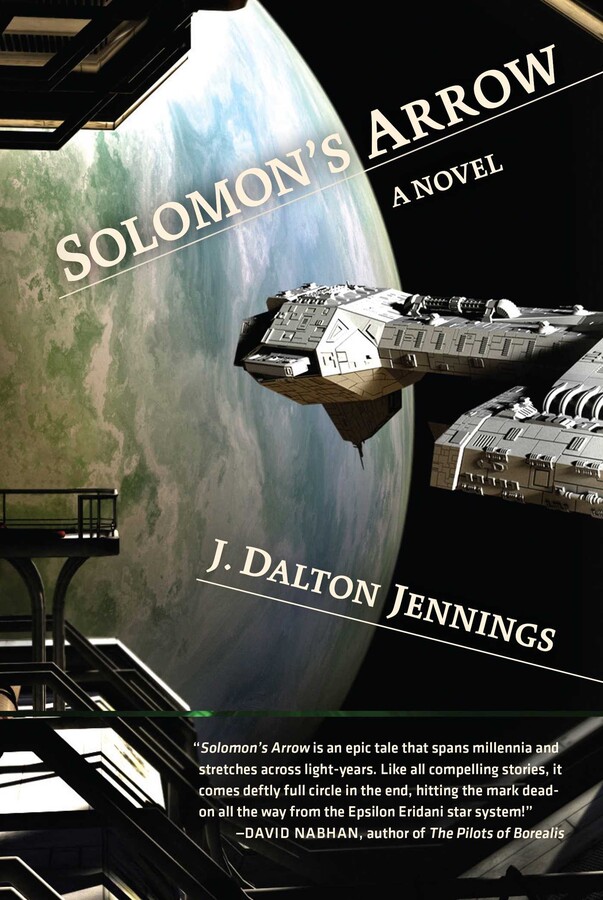 It’s the mid-twenty-first century. The oceans are rising, the world’s population is growing, terrorist organizations are running rampant, and it has become readily apparent that humanity’s destructive nature is at the heart of the matter.

When all faith in humanity seems lost, a startling proposal is announced: Solomon Chavez, the mysterious son of the world’s first trillionaire, announces that he, backed by a consortium of governments and wealthy donors, will build an interstellar starshipone that will convey a select group of six thousand individuals, all under the age of fifty, with no living relatives, to a recently discovered planet in the Epsilon Eridani star system. His goal is lofty: to build a colony that will ensure the survival of the human race. However, Solomon Chavez has a secret that he doesn’t dare share with the rest of the world.

With the launch date rapidly approaching, great odds must be overcome so that the starship Solomon’s Arrow can fulfill what the human race has dreamed of for millennia: reaching for the stars. The goal is noble, but looming on the horizon are threats nobody could have imaginedones that may spell the end of all human life and end the universe as we know it.

Filled with action, suspense, and characters that will live on in the imagination, Solomon’s Arrow will leave readers breathless, while at the same time questioning what humanity’s true goals should be: reaching for the stars, or exploring the limits of the human mind?