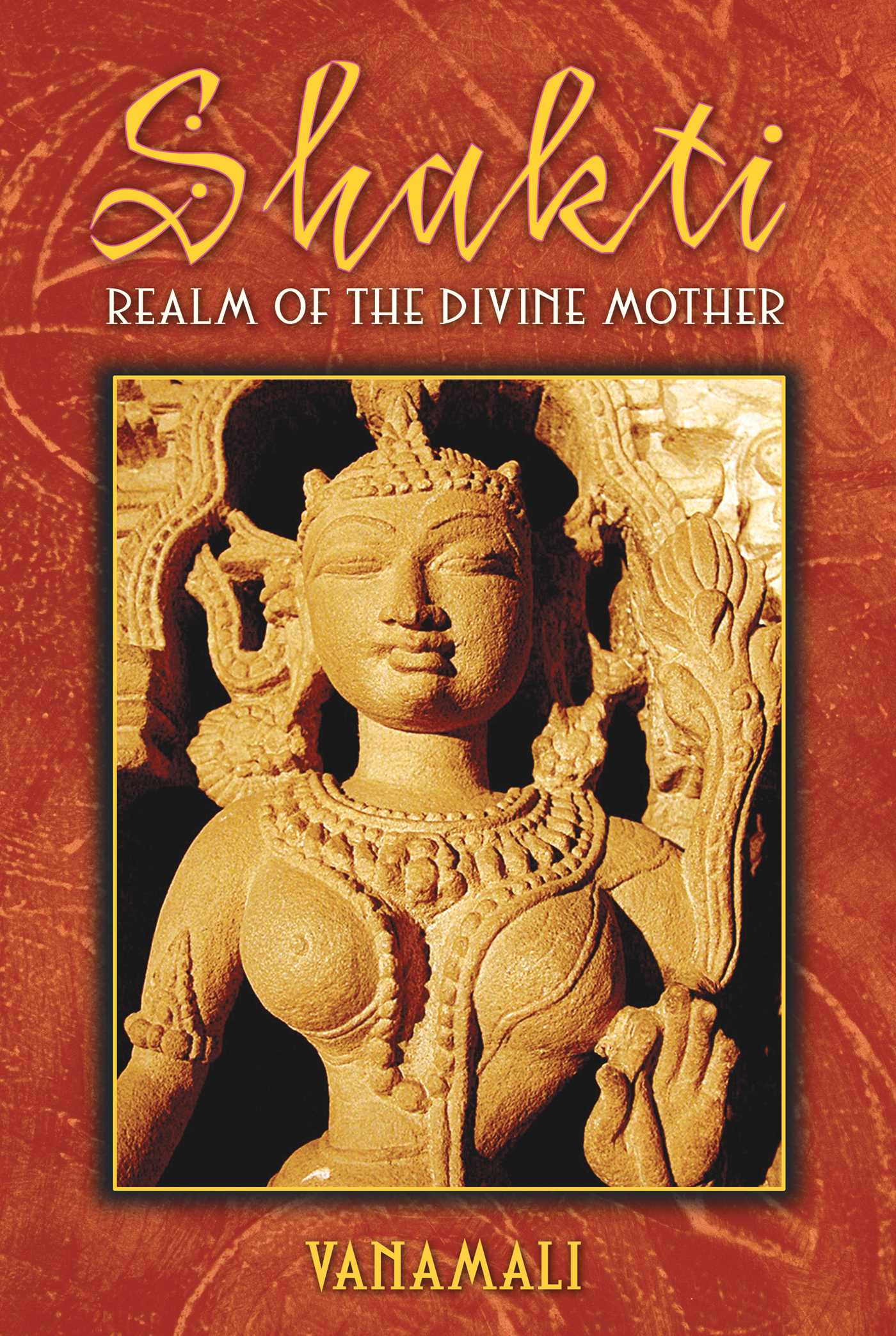 Realm of the Divine Mother

By Vanamali
LIST PRICE £10.99
PRICE MAY VARY BY RETAILER

• Explores more than 30 different goddess aspects of the Shakti force, both beneficial and malefic

Shakti is synonymous with the Devi, the Divine Mother or divine power that manifests, sustains, and transforms the universe. She is the womb of all creatures, and it is through her that the One becomes the many. Our first and primary relationship to the world is through the mother, the source of love, security, and nourishment. Extending this relationship to worship of a cosmic being as mother was a natural step found not only in the Shakti cult of Hinduism but also in ancient Greek, Egyptian, and Babylonian cultures.

Shakti presents more than 30 goddess incarnations of the Divine Mother that represent both the beneficial and malefic aspects of the Shakti force. From Lakshmi, Parvati, and Saraswati to Durga, Chandika, and Kali--each of the different functions of the female goddesses in the Hindu pantheon is revealed, accompanied by traditional Sanskrit hymns, classic verses by Sri Auribindo, and discussions of tantric philosophy. The author draws from the Devi Bhagavatham, which describes all the stories of Shakti, and the Devi Mahatmyam, the most powerful scriptural text that glorifies Shakti in her form as Durga. Using these texts she shows that through the power and grace of the Divine Mother we may be released from the darkness of ignorance and taken to the abode of knowledge, immortality, and bliss--the source from which we have come.

Durga is one of the most impressive and formidable goddesses in Hindu mythology. She is a warrior queen with eighteen arms, each wielding a particular weapon. Her primary function is to combat the demons that threaten the stability of the cosmos. Despite this, when we gaze at her we see that she has a benign look on her face. This is because she does not attack in order to kill but only when we invite her to deliver us from the devilish ego that threatens our spiritual life.
There are many accounts of Durga’s origin, but the most well known is told in the Devi Mahatmyam and is connected with her defeat of the demons Mahisha, Shumbha, and Nishumbha. The Devi Mahatmyam, “the text of the wondrous essence of the Goddess,” describes her as an unconquerable, sublime warrior maid, who came into being out of the combined wrath of all the gods gathered in council. She was created because the buffalo demon Mahisha could only be killed by a female warrior with the combination of power that she alone possessed.
The story about how Durga got her name is found in the Devi Bhagavatam: Once there was a great asura known as Durgama. He realized that the Vedas were the main source of the strength of the devas and decided that the best way to weaken the gods would be to steal the Vedas. With the disappearance of the Vedas from the world, the Brahmins forgot their chanting and mantras. No longer did the gods receive the fire sacrifices by which they had been nourished, and they became weaker and weaker. Unrighteousness reared its ugly head in the world. There was a severe drought, the earth refused to yield any grain, and famine swept the land.
The Brahmins went to the Himalayas and did great penance to invoke Adi Shakti, the Supreme Power. They begged her to restore the Vedic mantras to them so that they could start performing their daily rituals. At the end of their penance, the Great Goddess appeared before them in all her glory.
When the demon Durgama heard this he was furious and set out to fight with the Devi. Seeing this, the Great Goddess produced countless Shaktis out of her body who started annihilating the army of demons. But Durgama vanquished the Shaktis and eventually came before the Devi. The Great Goddess shot fifteen arrows at the demon. The arrows killed his horses and charioteer, pierced his two eyes, cut off his arms, and finally the fifteenth arrow pierced his heart and killed him.
The world became a peaceful place once more, and the devas extolled her. She blessed them and said, “The Vedas are parts of my own body so cherish them well. If you lose them, great calamities will fall on you as you have seen. Henceforth I will be known as Durga because I have killed the demon Durgama.”

About the fourth century, images of Durga slaying a buffalo began to be common throughout the subcontinent. By the sixth century, Durga had become a household word and was worshipped everywhere. Lalitha is always depicted as a shanta murti or one with all peaceful qualities, despite the fact that she killed the demon Bhanda, but Durga is ever the warrior goddess, astride her fierce vehicle, the lion. Durga has more mass appeal than Lalitha. Durga appeared at a time of cosmic crisis, which was precipitated by a demon that the male gods could not subdue. She is, in fact, a classic example of the modern-day feminist, and it is to the credit of the ancient rishis that they conceived of such a personality many thousand of years before the present century.
Durga’s enormous appeal seems rather strange when you consider the fact that she violates the norms of the model Hindu woman. She is not submissive nor is she subordinate to any male deity. She does not fulfill household duties and excels mainly in battle. She reverses the normal role of females. She doesn’t lend her power, or shakti, to any male deity but takes from them in order to perform her own heroic exploits. She is the original anti-feminine!
In her role as a reversal of the usual picture of an Indian woman, Durga exists outside the normal social structures and provides an invigorating view of the feminine power that lies repressed in most societies. The law books of Manu declare that women should always be protected by some man--in childhood by her father, in youth by her husband, and in old age by her sons. It is to the credit of the rishis that in Durga they portrayed a goddess who totally violates all the traditional portraits of women that they themselves have projected in the other Puranas. She exemplifies the extraordinary feminine power that lies suppressed and depressed and forced into submissive and dependent roles by a male-oriented society. Her favorite haunts are also totally different from places where one would expect beautiful young ladies to frequent. All her myths associate her with mountains, especially the Himalayas, where fierce tribes still exist.
Thus Durga portrays the divinity who stands outside the so-called civilized order of established dharma, and she can be found only by one who has the courage to step out of the orderly male-protected world as we know it. The gods themselves refer to her by many dubious names. Continuously she is referred to as Mahamaya, the power that throws people into the bondage of delusion and attachment. All the negative qualities found in the world are found in her. Her greatness lies in the fact that she alone is qualified to destroy these qualities in us, because she possesses all these qualities within herself. This is the reason that her worship has such a hold on society.
Vanamali

"This is an excellent introduction into the world of Hindu culture, easy to understand, yet filled with details that will titillate your mind and imagination."

"A thoroughly interesting and memorable book."

" . . . what makes this book different is that Vanamali goes beyond the stories of over thirty avatars in order to discuss the esoteric significance of each incarnation. Vanamali has accomplished the gargantuan task of bringing the many different aspects of Devi into a single book. . . . spectacularly researched . . . "

"Too often, our sources of information about the Hindu Great Mother arise from Western authors. These authros, no matter how sincere, tinge their works with Western ideas. Vanamali moves us past that blockage. Her understandings are authentic and innate, steeped in the cultural frame she's lived amid. Vanamali takes us beyond the superficial into a deep understanding of the divine balance between Shakti and Shiva."

Realm of the Divine Mother

By Vanamali
LIST PRICE £10.99
PRICE MAY VARY BY RETAILER