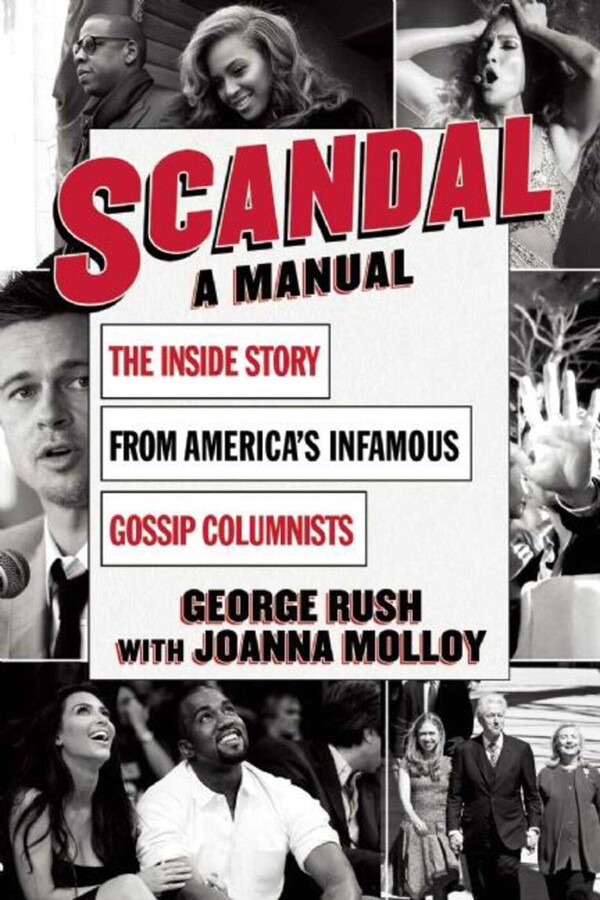 By George Rush and Joanna Molloy
Published by Skyhorse
Distributed by Simon & Schuster
LIST PRICE £10.99
PRICE MAY VARY BY RETAILER

When the world first learned of Pam Anderson and Tommy Lee’s impromptu wedding, when Sarah Jessica Parker had an explosive falling-out with her Sex and the City castmates, or when Ruth Madoff discovered the truth of Bernie’s marital infidelity, it was all in the pages of Rush & Molloy, the nationally syndicated entertainment column read and by millions. Together, George Rush and Joanna Molloy have made some impressive enemies, turned down bribes, became unlikely relationship counselors to star-crossed lovers, and taught a generation of reporters that, despite all the temptations and excesses, it is possible to write a gossip column with integrity.

Part love story, part tabloid, Scandal is a rollicking memoir of fame, gossip, and two true icons of print and web journalism. Up until their final column in 2010, Rush and Molloy had exposed, unraveled, and reported some of Hollywood’s biggest rumors, blind items, and unbelievable stories. Over the years, the couple has kept salacious tales to themselvesfeaturing celebrities such as Brad Pitt, Angelina Jolie, Jay Z, Henry Kissinger, and Oprahthat is, until now!

By George Rush and Joanna Molloy
Published by Skyhorse
Distributed by Simon & Schuster
LIST PRICE £10.99
PRICE MAY VARY BY RETAILER