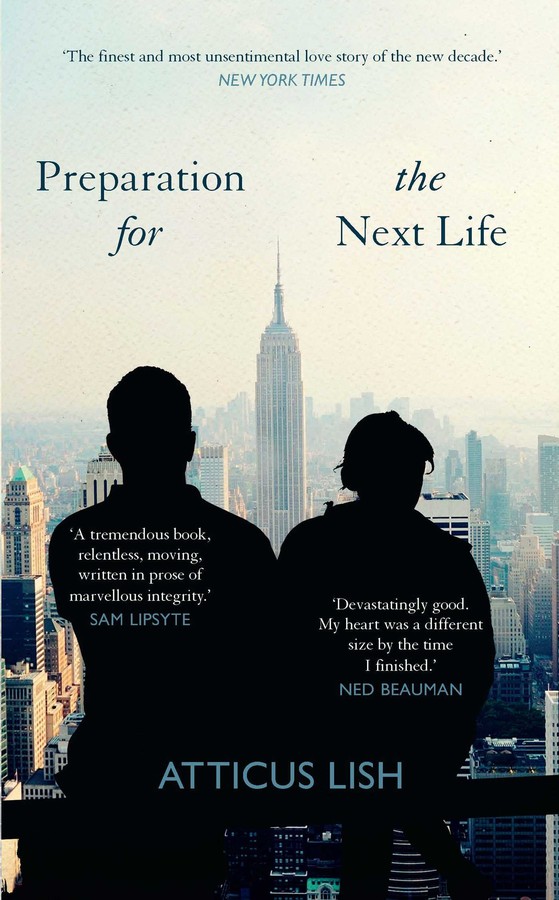 Preparation for the Next Life

Winner of the 2015 PEN/Faulkner Award for Fiction

Set in the underbelly of New York, Preparation for the Next Life exposes an America as seen from the fringes of society and, in devastating detail, destroys the myth of the American Dream through two of the most remarkable characters in contemporary fiction. Powerful, realistic and raw, this is one of the most ambitious – and necessary – novels of our time.

‘Punches its way, bare-knuckled, through every millennial New York novel centring around middle-class intellectual characters… kicking typical tales of artsy, east-coast intelligentsia romance into a dumpster. But its real target, sought out with a heat-seeking precision, is far weightier, and that is America itself’

‘Extraordinary… “Make it new” was Ezra Pound’s exhortation… Lish does exactly that… astonishing… nothing less than a triumph, worthy of every heroic adjective a critic could throw. It is a reminder, plain and simple, of what fiction is for’

‘A blistering novel… bigger than the sum of its parts. I can think of no better recent fiction book to read as the presidential election circuit gears up.’

'Atticus Lish is a writer on a stratospheric rise, and rightly so...the book is getting plenty of attention for all the right reasons'

'This book is a masterwork.'

‘Impressive.. Charged with breathless momentum… substantial and beguiling…This is, in the end, a profoundly political book’

'Here is a raw first novel with a low center of gravity. Set in Queens, it dilates upon blinkered lives, scummy apartments, dismal food and bad options. At its heart is a love story between a Chinese immigrant and a veteran of the Iraq war. Mr. Lish’s narrative is intense, moving and somehow necessary.'

'A raw, sharply rendered love story, a stark portrayal of New York, an unsparing autopsy of the Bush years, and as ambitious and impressive a debut as you could wish for'.

‘A significant contribution… striking… [Lish] isn’t catching a mood but building a world… we look to long novels for richness, not perfection, for power, not precision, so we should savour Lish’s audacity and open heart, his refusal to coddle or console’

‘The finest and most unsentimental love story of the new decade.’

'A tragedy-bound love story with a gritty contemporary setting...Lish's matter-of-fact style somehow manages to elevate the everyday and urban into an art form...There is an echo here of T. S. Eliot or...The Great Gatsby'.

‘A stunning debut novel… Lish’s prose is at once raw and disciplined, and every word feels necessary.’

‘Astonishing, gorgeous… It is hard to imagine a more daunting task for a novelist than to say something new about 9/11. Preparation for the Next Life is dizzying in its ambition and exhilarating in its triumph.’ Clancy Martin,

‘A tremendous book, relentless, moving, written in prose of marvellous integrity. Now that America and the novel are dead, I hope we can have more great American novels as alive as this one.’

– Sam Lipsyte, author of The Ask

‘A tour de force of urban naturalism… a love story that’s as bold and urgent as any you’ll read this year.’

‘The most relevant, and beautiful, novel of the year.’

'Lovely and soft, tragic and cutting... maybe the most surprising novel of the year, for the author's sudden, astounding appearance on the scene, yes, but more for the temporal details matched succeeded by glowing tenderness.'

'A sledgehammer to the American dream.'

'Atticus Lish writes with beauty, striking attention to detail, and painful honesty about life on the margins of America ? about the people we don’t see, the places we don’t go.'

'Not since Charles Frazier’s Cold Mountain have such arduously yearning treks been made through maddening, heartbreaking obstructions in the name of love.'

'In the twenty-first-century United States, oppression is disorganized, random and proceeds largely through neglect. Still, it crushes plenty of people. The wretched of the earth are here among us, for the most part silenced?but with this novel, Lish has given them an unmistakable voice.'

'So much of American fiction has become playful, cynical and evasive. Preparation for the Next Life is the strong antidote to such inconsequentialities. Powerfully realistic, with a solemn, muscular lyricism, this is a very, very good book.'

'Violent, swift, and gloriously descriptive. [Preparation for the Next Life] is love story and lament, a haunting record of unraveling lives. Lish says starkly and with enormous power: the spirit prevails until it doesn’t. A stunning debut.'

– Noy Holland, author of Swim for the Little One First

'Preparation for the Next Life is that rare novel that grabs you by the shirt and slaps you hard in the face. Look, it says. It isn't pretty. Turn away at your own risk. In case you haven't noticed, the American Dream has become a nightmare. Atticus Lish has your wake up call.'

'An instantly immersive, atmospheric book, a love story and a gripping chronicle of the concealed purgatories of New York City, and the world. Mr Lish's prose is superlucid, propulsive but always beautifully controlled, authoritative yet selfless, wrought with an exactitude that is the toughest but deepest kind of compassion a book can have.'

'Ferocious and immense, this book will break your heart.'

'Devastatingly good. My heart was a different size by the time I finished: swollen from the terrible beating it took, but also, I think, permanently augmented.'

'Here’s the kind of book that shows up, if we’re lucky, every five, maybe ten years. It’s a book that masterfully anchors itself in the literary “novel” form while going leaps and bounds over a dozen of its kin in its authenticity, Lish’s command of the sentence capturing a dizzyingly accurate worldview from street level and up.'

Preparation for the Next Life

Winner of the 2015 PEN/Faulkner Award for Fiction