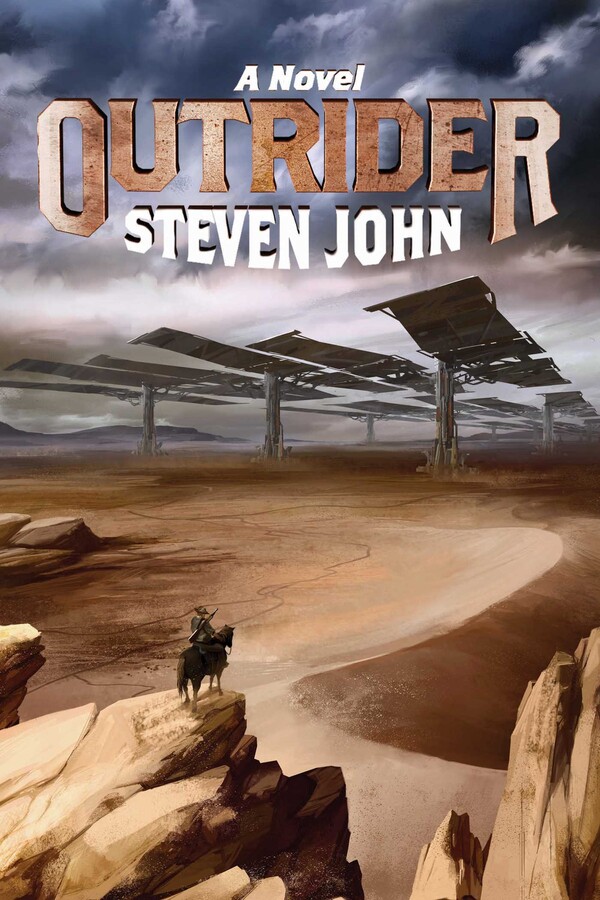 By Steven John
LIST PRICE £11.99
PRICE MAY VARY BY RETAILER

Within a few decades, solar technology will evolve to the point where power is endless . . . unless someone wants to stop the flowwhich someone does.

And the only men who can stop these high-tech terrorists are on horseback.


In the near future, the New Las Vegas Sunfield will be one of many enormous solar farms to supply energy to the United States. At more than fifty miles long and two miles wide, the Sunfield generates an electromagnetic field so volatile that ordinary machinery and even the simplest electronic devices must be kept miles away from it. Thus, the only men who can guard the most technologically advanced power station on earth do so on horseback.

They are the Outriders.

Though the power supplied by the Sunfield is widespread, access to that power comes with total deference to the iron-fisted will of New Las Vegas’s ruthless mayor, Franklin Dreg. Crisis erupts when Dreg’s quietly competent secretary, Timothy Hale, discovers someone has been stealing energysiphoning it out of the New Las Vegas grid under cover of darkness.

As the Outriders investigate, the scale of the thievery becomes clear: these aren’t the ordinary energy leeches, people who steal a few watts here or there. These are high-tech terrorists (or revolutionaries) engaged in a mysterious and dangerous enterprise and poised to bring down the entire energy grid, along with the millions of people it supports.

The pressure mounts and fractures appear within both the political leadership of New Las Vegas and in the tight-knit community of Outriders. With a potential crisis looming, the mysterious goal of the Drainers” finally comes into focus. Only then do the Outriders realize how dangerous the situation really is.

By Steven John
LIST PRICE £11.99
PRICE MAY VARY BY RETAILER