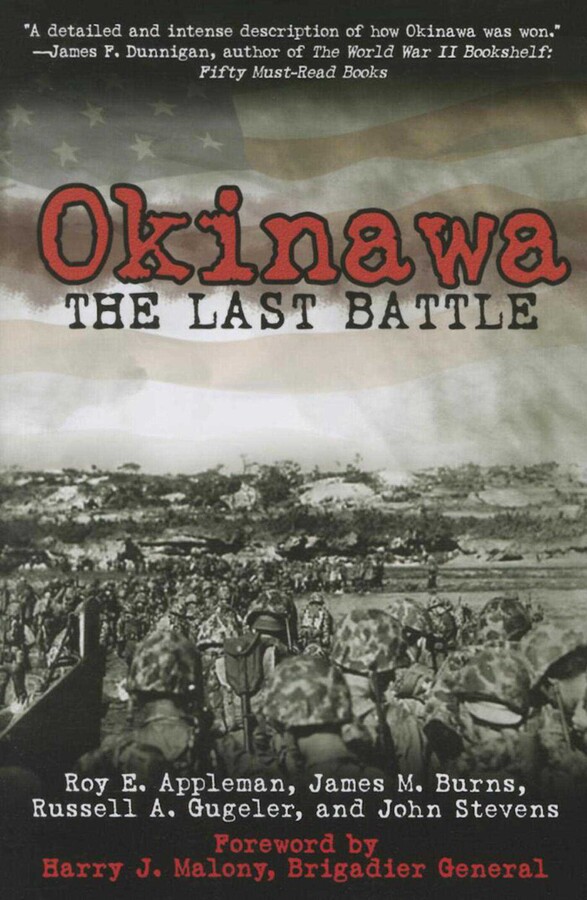 The story of one of the bloodiest battles in history, told by World War II veterans-turned-historians.

As the war in the Pacific progressed, the United States and Allied troops fought the Japanese in places like New Guinea and the Marshall Islands as they made their way closer to Japan’s mainland. Okinawa was the intended base for the planned invasion of Japan. The Japanese, however, were entrenched, and the US and Allied forces found themselves in one of the bloodiest battles of World War II. More than 100,000 Japanese soldiers, 50,000 US and Allied troops, and 100,000 civilians lost their lives during this epic 82-day battle.

Okinawa offers eyewitness accounts by four US Army combat historians of Operation ICEBERG, the Ryukyu invasion, and more. From their stories, faithfully reported here, learn how American soldiers softened the Japanese targets before invading the Ryukyus. With more than two hundred black-and-white photos, charts, and maps, Okinawa is the book for anyone who wants to know what the war in the Pacific was really like.