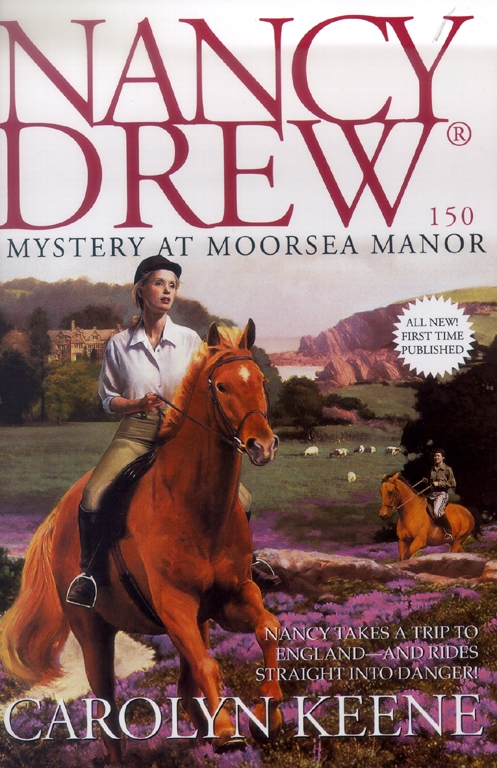 “No room at the inn” means someone wants Nancy to check out—permanently. There’s nothing like riding a horse across the beautiful English countryside, and Nancy has been looking forward to this vacation. But the danger begins even before she arrives at stately Moorsea Manor. Someone steals a road sign, sending Nancy down a dark, twisting road to nowhere. When she finally finds the inn, she’s almost killed by a bronze statue dropped from a second-story window.

The owners tell her that there have been other “pranks” as well. And once someone gets hurt, the Moorsea Manor will be out of business. Now it’s up to Nancy to find the culprit—before the guest list becomes a casualty list.