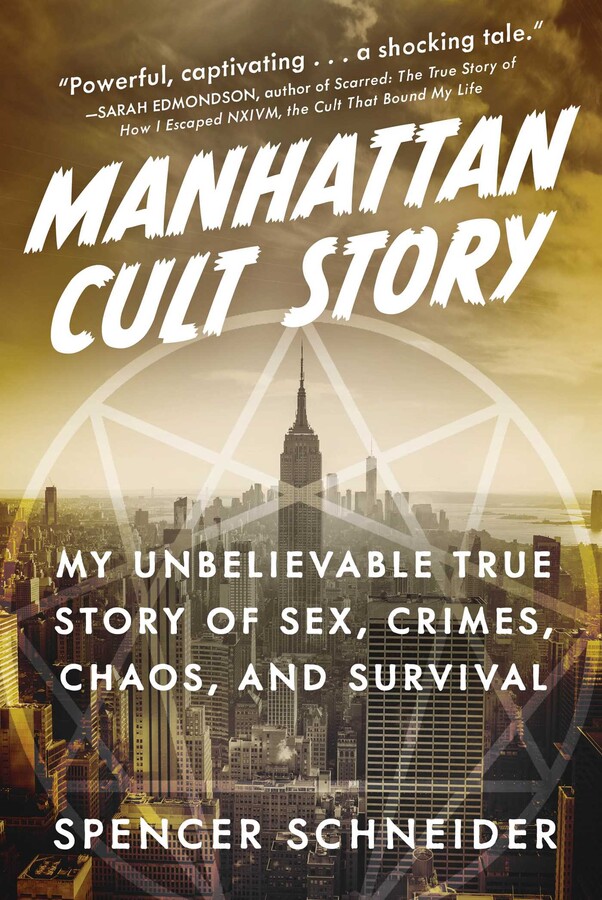 Abuse, Crime, Sex, and My Life inside a Secret Organization

“We were invisible. We had to be. We took an oath of absolute secrecy. We never even told our immediate families who we were. We went about our lives in New York City. Just like you. We were your accountants, money managers, lawyers, executive recruiters, doctors. We owned your child’s private school and sold you your brownstone. But you’d never guess our secret lives, how we lived in a kind of silent terror and fervor. There were hundreds of us.”

Right under the noses of neighbors, clients, spouses, children, and friends, a secret society, simply called School—a cult of snared Manhattan professionals—has been led by the charismatic, sociopathic and dangerous leader Sharon Gans for decades. Spencer Schneider was recruited in the eighties and he stayed for more than twenty-three years as his life disintegrated, his self-esteem eroded, and he lined the pockets of Gans and her cult.

Cult members met twice weekly, though they never acknowledged one another outside of meetings or gatherings. In the name of inner development, they endured the horrors of mental, sexual, and physical abuse, forced labor, arranged marriages, swindled inheritances and savings, and systematic terrorizing. Some of them broke the law. All for Gans.

“During those years,” Schneider writes, “my world was School. That’s what it’s like when you’re in a cult, even one that preys on and caters to New York’s educated elite. This is my story of how I got entangled in School and how I got out.”

At its core, Manhattan Cult Story is a cautionary tale of how hundreds of well-educated, savvy, and prosperous New Yorkers became fervent followers of a brilliant but demented cult leader who posed as a teacher of ancient knowledge. It’s about double-lives, the power of group psychology, and how easy it is to be radicalized—all too relevant in today's atmosphere of conspiracy and ideologue worship.

Abuse, Crime, Sex, and My Life inside a Secret Organization