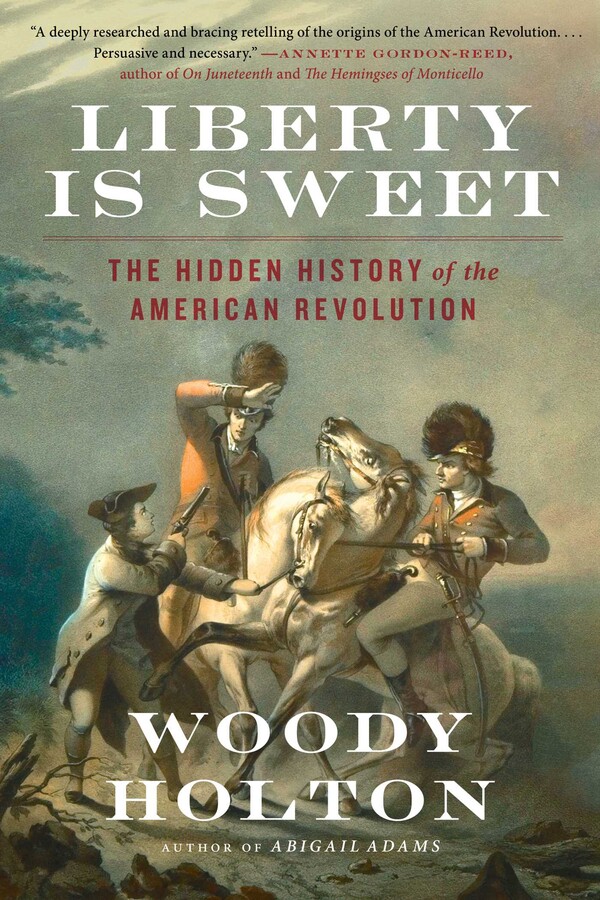 The Hidden History of the American Revolution

By Woody Holton
LIST PRICE £18.99
PRICE MAY VARY BY RETAILER

A sweeping reassessment of the American Revolution, showing how the Founders were influenced by overlooked Americans—women, Native Americans, African Americans, and religious dissenters.

Using more than a thousand eyewitness accounts, Liberty Is Sweet explores countless connections between the Patriots of 1776 and other Americans whose passion for freedom often brought them into conflict with the Founding Fathers. “It is all one story,” prizewinning historian Woody Holton writes.

Holton describes the origins and crucial battles of the Revolution from Lexington and Concord to the British surrender at Yorktown, always focusing on marginalized Americans—enslaved Africans and African Americans, Native Americans, women, and dissenters—and on overlooked factors such as weather, North America’s unique geography, chance, misperception, attempts to manipulate public opinion, and (most of all) disease. Thousands of enslaved Americans exploited the chaos of war to obtain their own freedom, while others were given away as enlistment bounties to whites. Women provided material support for the troops, sewing clothes for soldiers and in some cases taking part in the fighting. Both sides courted native people and mimicked their tactics.

Liberty Is Sweet gives us our most complete account of the American Revolution, from its origins on the frontiers and in the Atlantic ports to the creation of the Constitution. Offering surprises at every turn—for example, Holton makes a convincing case that Britain never had a chance of winning the war—this majestic history revivifies a story we thought we already knew. 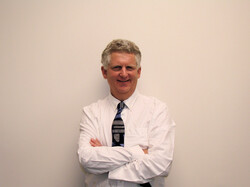 Woody Holton is McCausland Professor of History at the University of South Carolina, where he teaches and researches Early American history, especially the American Revolution, with a focus on economic history and on African Americans, Native Americans, and women. He is the author of several previous books, including Abigail Adams, which was awarded the Bancroft Prize; his second book, Unruly Americans and the Origins of the Constitution, was a finalist for the National Book Award.

"With Liberty Is Sweet, Woody Holton once again troubles the mythical narratives of our founding and the hagiography of our 'founders' to reveal the dynamic, complicated and multiracial pressures that led to the creation of the United States. This book rightly decenters the almost exclusively white revolutionary narratives that we've all been taught and instead makes visible the influence and agency of Black and Indigenous people as well as white women, who together played such a critical, if erased, role in creating this multiracial nation. This book unsettles the reader in the best possible way, and shows once again how the simplistic histories of our founding fail to explain the divided country in which we all live."

“Liberty is Sweet is a deeply researched and bracing retelling of the origins of the American Revolution. Holton details the central role that European hunger for Indian land— and the differing views on Indian policy between British officials and Anglo-American colonists——played in the crises that led to revolution. This persuasive and necessary account will challenge all who think they know exactly why the 13 colonies opted to leave Great Britain.”

"Even readers who think they know all about the Revolution will find here a much broader, provocative narrative and new perspectives."

"In his meticulously researched, beautifully calibrated Liberty Is Sweet, historian Woody Holton adds necessary nuance, building on . . . stories previously marginalized (or invisible) in our narrative of the nation's birth while illuminating a collective yearning to form a more perfect union. . . . Holton's painstaking yet vivid military coverage is one of the book's crowning achievements."

"[Holton] has a gift for pacing and narrative detail . . . . One of [his] aims is not simply to offer an 'inclusive' history—one where ordinary people are just added to a familiar frame—but to show us how including a wider swath of society can help us rethink the picture itself."

"A spirited account of the Revolution that brings everybody and everything into the story."

– Gordon S. Wood, winner of the Pulitzer Prize for The Radicalism of the American Revolution

"A thoroughgoing work of scholarship that debunks many myths about the American Revolution by incorporating the full story involving Native Americans, African Americans, and women as participants. . . . Immensely readable. . . . A rich, multifaceted work showing how the U.S. has always been a multiracial nation."

"In this provocative and wide-ranging book, Woody Holton astutely probes the causes, course, and consequences of our complex revolution.  While carefully covering the usual leaders of the new nation, Liberty is Sweet also deftly explores the lives of common men and women, of diverse races, who displayed uncommon courage in pursuing their clashing visions of equality and freedom."

"Holton’s exhaustive, masterfully written chronicle demonstrates that the Revolution was much more than a movement instigated by the political ideologies of a handful of elite, revered (although flawed) Founding Fathers against the British parliament and king. This book will be pivotal for scholars and requested by American history enthusiasts."

The Hidden History of the American Revolution

By Woody Holton
LIST PRICE £18.99
PRICE MAY VARY BY RETAILER