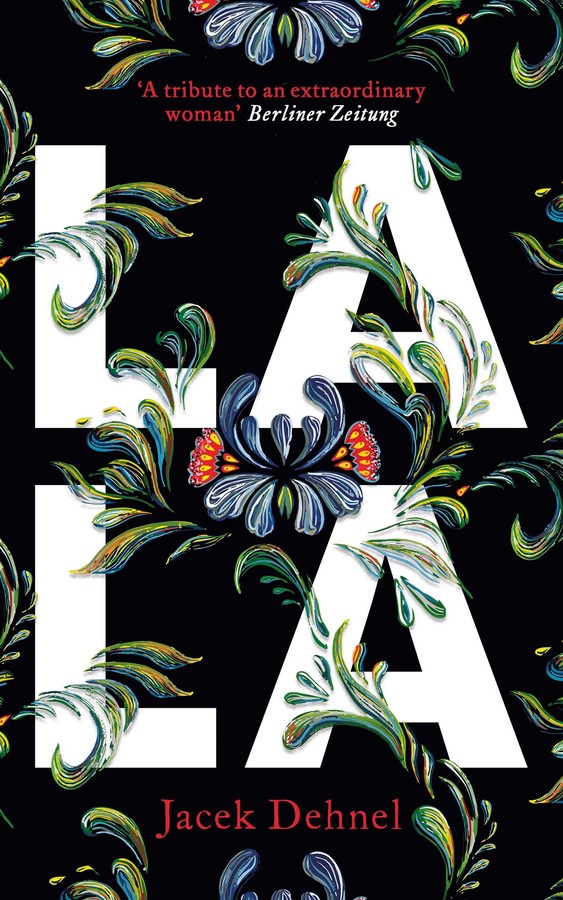 Lala has lived a dazzling life. Born in Poland just after the First World War and brought up to be a perfect example of her class and generation – tolerant, selfless and brave – Lala is an independent woman who has survived some of the most turbulent events of her times. As she senses the first signs of dementia, she battles to keep her memories alive through her stories, telling her grandson tales of a life filled with love, faithlessness and extraordinary acts of courage.

Sweeping from nineteenth-century Kiev to modern-day Poland, Lala is the enthralling celebration of a beautiful life.

‘Jacek Dehnel paints prewar Poland – “laced with gilt and stucco in the cities, and heavy with the smell of cow pats and fruit lying in the grass in the countryside” – in the vibrant hues of a fairy tale. A multigenerational epic that spans a century and most of Eastern Europe, Lala is an astounding achievement, particularly considering Dehnel wrote it between the ages of 20 and 22...magical.’

‘Lala is a wonderful mosaic of stories…outrageous and humorous...spellbinding and captivating.’

‘Dehnel uses his grandmother's life and reminiscences as a springboard for a sweep through Poland's turbulent 20th century, mingled with musings on the nature of storytelling...[there are] some exceptionally beautiful passages...poignantly alive with loss and love.’

‘Lush… Tender and droll, rueful and rousing, [Lala’s] stories trace one Polish family’s journey from the 1860s to the present day… [Jacek Dehnel] chronicles her decline with delicate but unabashed realism, as well as great humour, and Lloyd-Jones captures these qualities perfectly.’

‘Lyrical passages, some endearingly eccentric characters, a flyby through twentieth-century history, and a convincing voice for Lala.’

‘A declaration of love for literature and a tribute to an extraordinary woman.’

‘Lala is unique – no author displays such maturity of style, knowledge of form and literary erudition at the age of twenty, because nobody is ever as well-read or intellectual at that age. Dehnel – who wrote this book aged twenty to twenty-two – is the exception that proves the rule.’