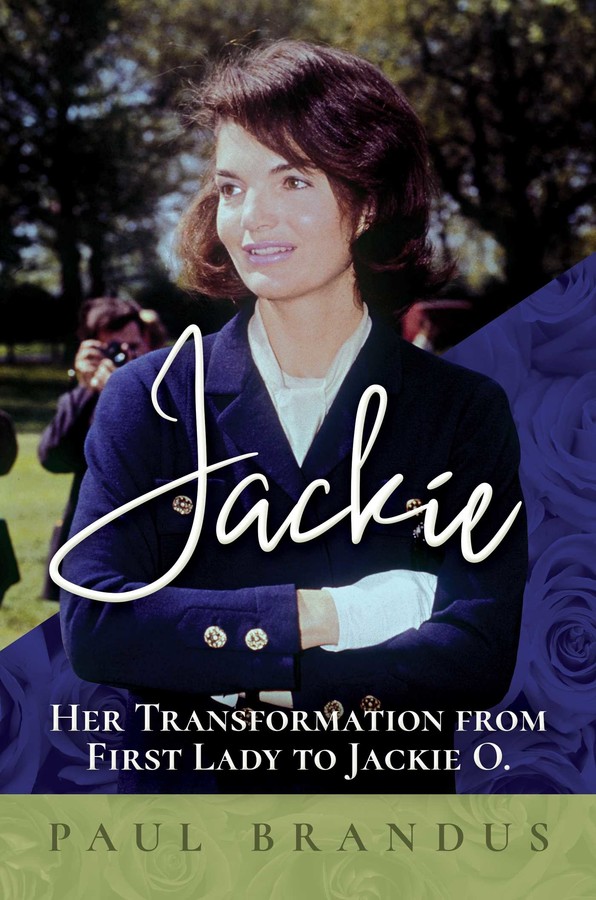 Her Transformation from First Lady to Jackie O

By Paul Brandus
LIST PRICE £12.99
PRICE MAY VARY BY RETAILER

Everyone knows that Jacqueline Kennedy Onassis was married to two of the twentieth century’s most powerful men: John F. Kennedy and Aristotle Onassis. Lesser known are the five incredible years between those marriages, when she was on her own. Jackie tells that story—the story of a woman who was globally famous, and yet utterly enigmatic.

The world was shocked when Jacqueline Kennedy married Aristotle Onassis in 1968. It would not have been so surprising had the truth of their relationship—which dated back to the 1950s—been known. Jackie knew Ari almost as long as she had known John F. Kennedy—and saw qualities in him (besides money) that she found highly attractive.

The five years between her marriages to JFK and Onassis are often overlooked. But it was an incredible period of growth and change for Jackie. How did the world’s most famous woman remain so enigmatic? What was she really like? This book reveals the real Jackie, the one that hid behind her trademark large sunglasses.

In this book, you’ll learn about:

"How can there still be things to learn about Jackie Kennedy, one of the world's most scrutinized women? Paul Brandus manages to do that by exploring the five years between the death of John F. Kennedy and her marriage to Aristotle Onassis, an event that shocked many who revered her. This dishy, insidery account explains what was happening behind the scenes."

– Susan Page, Washington Bureau Chief of USA Today, and author of "The Matriarch: Barbara Bush and the Making of an American Dynasty"

"Jackie Kennedy was the most private of public figures, yet Paul Brandus has managed to paint a full portrait of his fascinating subject through her most painful years, 1963 to 1968. Widowed at age thirty-four by an assassin's bullets, Jacqueline Bouvier Kennedy helped a nation mourn the loss of its popular young president with enormous strength and class. But Jackie was now alone and shattered; she had to make a new life for herself and her children when Americans and the rest of the world wanted her to hold onto the past. Beautifully written, powerful, and deeply moving, this book traces Jackie's evolution from a grief-stricken First Lady to the wife of one of the world's wealthiest men, Aristotle Onassis. It's a wrenching journey you will understand much better after reading this marvelous volume."

– Larry Sabato, Director of University of Virginia's Center for Politics, and author of the New York Times bestseller The Kennedy Half-Century

"We all know Jackie, or think we do, especially those of us more or less of her era—who saw her come of age in The White House; suffered impossibly with her pain and grief when her husband was gunned down in the prime of his life and power; and then, stunningly, married what appeared to be a most improbable successor to this godlike president. Now, finally, thanks to the unswerving research and graceful, luminous writing of Paul Brandus, this all becomes so much clearer, and in many ways both uplifting and crushing. A monumental work not to be missed on Jacqueline Kennedy Onassis, a woman for her time and ours."

"You'll be hooked from the very first line!"

"With great humanity and a fresh eye for detail, Paul Brandus succeeds in bringing Jacqueline Kennedy Onassis to life in this engaging biography, and capturing readers' imagination with the story of the iconic figure we thought we knew. The result is an accessible page turner about a painful and ultimately transformative era in her life, as well as a primer on modern American politics and history. Brandus shows how valuable a fresh look at an historic figure can be."

"She is one of the most recognized women in American history, but what was really beneath the surface of the gorgeous and stoic Jackie Kennedy? Paul Brandus explains all in riveting detail by examining the woman she became, on her own terms, between her famous marriages."

Her Transformation from First Lady to Jackie O

By Paul Brandus
LIST PRICE £12.99
PRICE MAY VARY BY RETAILER