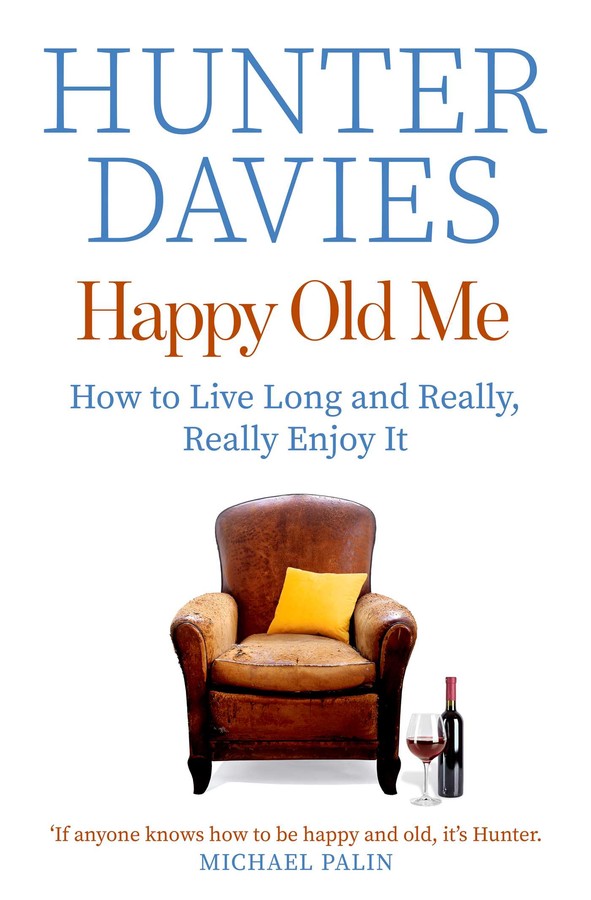 How to Live A Long Life, and Really Enjoy It

By Hunter Davies
LIST PRICE £9.99
PRICE MAY VARY BY RETAILER

'As long as I’m alive, I’ll be with her, and she’ll be with me.' Hunter Davies on Margaret Forster.

Happy Old Me is a moving yet uplifting account of one year in Hunter Davies’ life, navigating bereavement and finding hope in the future.

On 8th February 2016, Margaret Forster lost her life to cancer of the spine. The days that followed for her husband, Hunter Davies, were carried out on autopilot: arrangements to be made, family and friends to be contacted. But how do you cope after you have lost your loved one? How do you carry on?

As Hunter navigates what it means to be alone again after 55 years of marriage, coping with bereavement and being elderly (he still doesn’t believe he is), he shares his wisdom and lessons he has learnt living alone again. Revealing his emotional journey over the course of one year, as well as the often ignored practical implications of becoming widowed, he learns that, ultimately, bricks and mortar may change but the memories will remain.

Part memoir, part self-help, Happy Old Me is a fitting, heart-felt tribute to the love of his life and a surprisingly amusing and informative book about an age, and stage in life, which we might all reach someday. The third book in Hunter Davies' much-loved memoir series, which includes The Co-Op's Got Bananas and A Life in the Day.

‘He recalls his childhood growing up in Scotland and Cumbria in the Forties and Fifties, capturing gritty working-class life with humour and charm and painting a vivid picture of that period of social history’ Press Association

‘What sets this book apart, though, is its avoidance of cliché and its determination to reveal everything that might be revealed.’ Daily Mail

‘Eighty-year-old Davies takes a delightfully irreverent approach to his account of his youth and his days as a rookie journalist. Food was rationed, clothes were utilitarian and life could be rough, but there was fun to be had from friendships, films, skiffle and girls’ Sunday Express

‘Davies is a wonderful companion, leading readers down memory lane with great chumminess that will really resonate with those of a certain age. This book deserves a place on the shelf beside Alan Johnson’s This Boy.’ Express

'Ken Loach might have turned all this into a powerful social film, but the avuncular Davies sprinkles in so many cheery anecdotes that the book bounces along enjoyably' Sunday Times
Hunter Davies
Hunter Davies was at the heart of London culture in the Swinging Sixties, becoming close friends with The Beatles, and especially Sir Paul McCartney. He has been writing bestselling books, as well as widely read columns for major newspapers and magazines, for over fifty years. He lives in London and was married to the author Margaret Forster.

How to Live A Long Life, and Really Enjoy It

By Hunter Davies
LIST PRICE £9.99
PRICE MAY VARY BY RETAILER