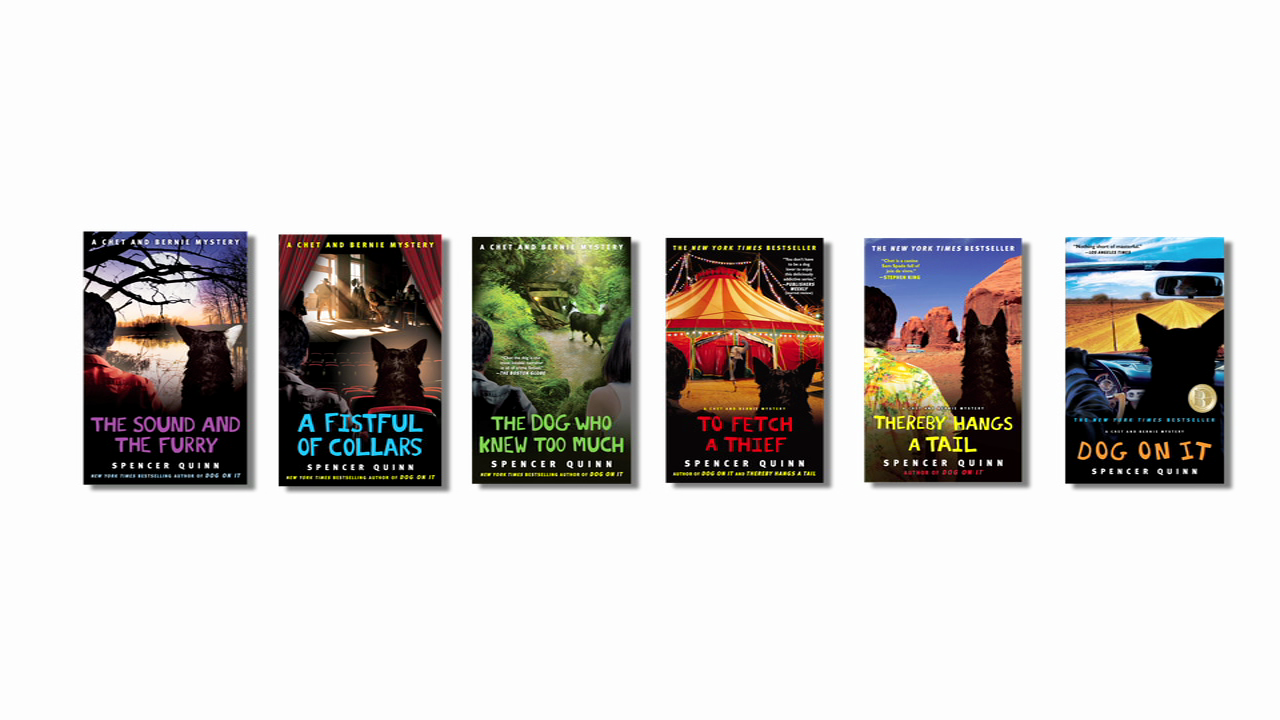 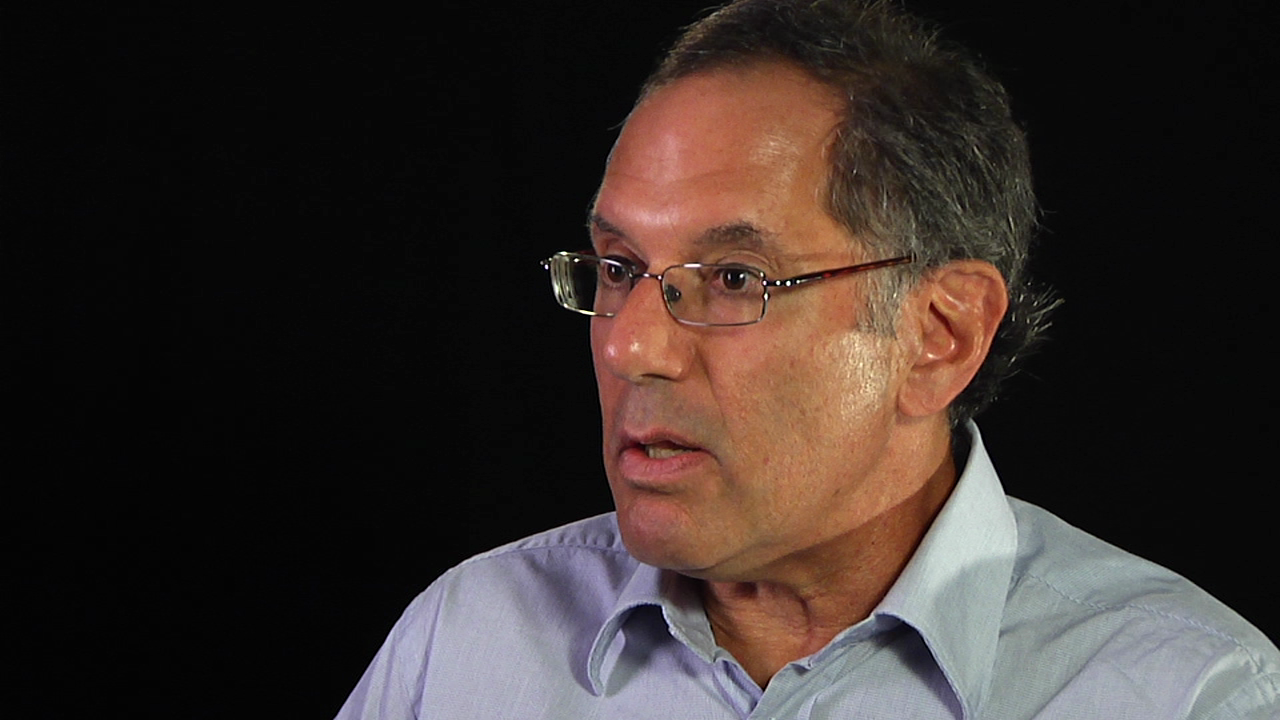 Part of The Chet and Bernie Mystery Series
By Spencer Quinn
LIST PRICE £4.99
PRICE MAY VARY BY RETAILER

In this, their first adventure, Chet and Bernie investigate the disappearance of Madison, a teenage girl who may or may not have been kidnapped, but who has definitely gotten mixed up with some very unsavoury characters. A well-behaved, gifted student, she didn't arrive home after school and her divorced mother is frantic. Bernie is quick to take the case - something about a cash flow problem that Chet's not all that clear about - and he's relieved, if vaguely suspicious, when Madison turns up unharmed with a story that doesn't add up. But when she disappears for a second time in a week, Bernie and Chet aren't taking any chances; they launch a full-blown investigation. Without a ransom demand, they're not convinced it's a kidnapping, but they are sure of one thing: something smells funny.

By clicking 'Sign me up' I confirm that I'd like to receive updates, special offers, including partner offers, and other information from Simon & Schuster Inc. and the Simon & Schuster family of companies. I understand I can change my preference through my account settings or unsubscribe directly from any marketing communications at any time. We will send you an email with instructions on how to redeem your free ebook, and associated terms.
This reading group guide for To Fetch a Thief includes an introduction, discussion questions, ideas for enhancing your book club, and a Q&A with author Spencer Quinn. The suggested questions are intended to help your reading group find new and interesting angles and topics for your discussion. We hope that these ideas will enrich your conversation and increase your enjoyment of the book.


As the third book in the bestselling series of Chet and Bernie mysteries, To Fetch a Thief confirms the standing of rough-and-tumble canine Chet as one of the most unique and beloved narrators in fiction today. With his human partner Bernie, they make an unbeatable detective team. This time, a circus elephant named Peanut has disappeared, along with her trainer. This mystery only deepens for Chet and Bernie as their search takes them across the Mexican border, where they must fight a criminal operation that is powerful, far-reaching—and deadly.

A Conversation with Spencer Quinn

You have a very strong online presence: www.ChetTheDog.com, Facebook, Twitter, etc. Do you feel that the internet allows you to have closer interaction with your readers?

Yes, there’s no question. But in a way, since the blog and Twitter are both in Chet’s voice, it’s partly that Chet has the interaction with readers. I wouldn’t want to push this too far, but he does seem real to a lot of readers. Of course—and most especially when I’m actually writing the stories—he seems real to me, too.

Having embraced the internet as a communication and promotional tool, what are your thoughts on the increasing number of book reviews posted online by bloggers?

Well, why not? Everyone has a right to an opinion. Some of the amateur reviews—and I mean that in the sense of being unpaid—are very well thought out and written. There’s also a love for reading often apparent, too—an emotional investment you don’t sense as much from the pros.

Your fans leave an exceptional number of comments on each of your blog entries—a quick count reveals an average of between seventy and one hundred comments for each post. People also seem to love writing in as their dogs, posting photos, etc. Is your blog more popular than you expected?

I had no idea what to expect. That a whole community has formed, a community with real fellow-feeling, is just amazing to me. Chet posts about all kinds of things, and also reports on conversations at HQ, with regular appearances by Admin, Spence, and Bernie. There are also serial mysteries, involving some characters from the books and others who may appear later in the series. And don’t forget the occasional pop quiz, with prizes. There are many great photos of dogs (and not just dogs) in the Friends of Chet section.

Do you ever meet your fans in person? If so, what is the most valuable or helpful aspect of being face-to-face with them?

I do meet readers at signings. It’s just so encouraging to realize you’re giving pleasure to a lot of people.

Your writing highlights a keen perception of the mind of a dog as well as a fully fleshed, realistic relationship between Chet and Bernie. Do any particular factors in your own life inform these memorable characters?

We’ve always had dogs—or they’ve had us. The rest is just osmosis.

Is Chet based on your own dog? Do you have a Chet-and-Bernie type relationship with her?

I couldn’t have written this series if I’d been dogless, but Chet came into my head pretty much as a fully-formed character, based on nobody. Audrey does have an independent streak like Chet’s. And she’s very, very enthusiastic about treats.

The Chet and Bernie mysteries are a bestselling series, garnering extensive critical praise. Are there any challenges to following up such early and strong success?

I never think about things like that. With Chet and Bernie, I’ve stumbled into a fictional world that seems more and more full of writerly possibility.

What prompted you to write about illegal trafficking of exotic animals?

Partly because of this series, and the preparational thought required, I’ve grown more interested in our relationship with animals in general. Also, the illegal trafficking business in exotic animals is huge, and for me much more interesting as subject matter than yet another crime story about drugs.

Particularly memorable in To Fetch a Thief is the contrast between Chet’s appreciation of beauty and the simple joys of life and the violent situations and hopelessness surrounding some of the human characters in the book. Are you making a comment on the different outlooks of dogs and humans?

A comment is definitely being made, but not overtly. I’ll let the thematic stuff speak for itself.

What are you working on now? Will any aspect of Chet’s blog make its way into a new story?

Yes, some blog material will flow into the books. There are some blog characters like the art expert Muriel Breit, and the troubled family of Colonel Bob from Thereby Hangs a Tail, whom we will see again. 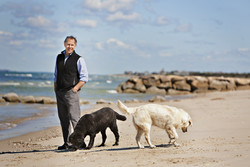 Spencer Quinn is the bestselling author of eight Chet and Bernie mystery series, as well as the #1 New York Times bestselling Bowser and Birdie series for middle-grade readers. He lives on Cape Cod with his wife Diana—and dogs Audrey and Pearl. Keep up with him by visiting SpenceQuinn.com.

Part of The Chet and Bernie Mystery Series
By Spencer Quinn
LIST PRICE £4.99
PRICE MAY VARY BY RETAILER

More books in this series: The Chet and Bernie Mystery Series