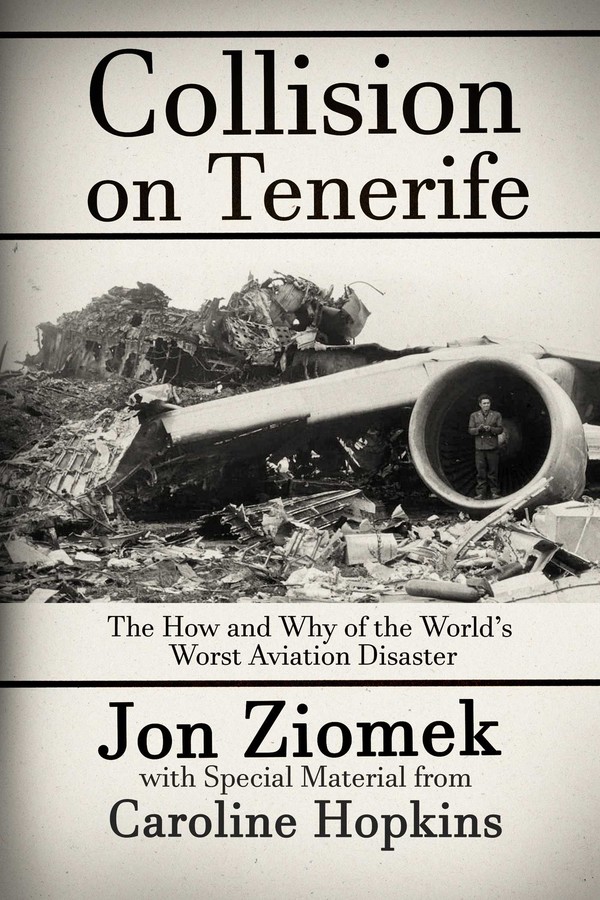 The How and Why of the World's Worst Aviation Disaster

The world’s worst air disaster happened more than 40 years ago on a remote Atlantic Ocean island, when two fully loaded 747 passenger jets collided after a horrendous series of human errors.

One of the jets, KLM Flight 4805, was traveling more than 150 miles an hour and was within seconds of lifting off when it crashed into Pan Am Flight 1736 taxiing in its path. The loss of lives was staggering—583 dead. The crash happened after a lengthy series of major and minor human errors. In the intervening years, has aviation advanced to the point that such a disaster can’t happen again?

In this riveting account, written from the perspective of the passengers in the cabin as well as the crew members in the cockpits, Jon Ziomek explains how this largely forgotten accident took place—and what has happened since to reduce the possibility of another such catastrophe. 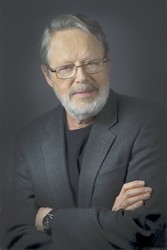 "Collision on Tenerife is compelling and engaging, taking the reader from how it happened to why it happened, and revealing the series of individually inconsequential decisions that perfectly aligned and resulted in disaster. A must read."

"Here we have - finally - a harrowing account, impressively researched and thoroughly reported, of the world's worst air disaster. Ziomek offers deep insight into not only the behavioral errors that led up to the disaster, but also psychological aspects of catastrophe and its aftereffects. A story that lingers in the mind long after the reading."

– Gillian Flynn, author of the #1 New York Times bestseller "Gone Girl" and "Sharp Objects," soon to be an HBO series

"Ziomek's nail-biting narrative of the horrific crash and aftermath of two jumbo jets - still the worst air crash in history - is impossible to put down. The detailed account of each step leading to the disaster is both frightening and a cautionary tale on how a few missed signals and miscommunications can put a plane on a trajectory to doom. More important, it outlines what has been done to prevent similar crashes in the future - and what still remains to be done."

"This book tells the story of what my parents went through as they miraculously survived the Pan Am crash. Yet, only those close to my mother would know the impact this crash had on everything she did for the remainder of her life."

– Linda Hopkins, one of Caroline and Warren Hopkins' daughters

"A work of exhaustive reporting and riveting storytelling, Ziomek's Collision on Tenerife recounts the string of bizarre events that resulted in one of the world's most horrific transportation disasters, and how the deaths of more than 500 people on a remote island airstrip changed the way airlines think about safety in the air and on the ground. Read it - and make sure you know where the exit rows are."

– Craig LaMay, Northwestern University professor and author of "Exporting Press Freedom," "Inside the Presidential Debates" (with Newton Minow), and five other books

"I can't remember using all of these adjectives to describe a book: dramatic, poignant AND informative. But those are the adjectives I use to describe Collision on Tenerife. I left this book enlightened about many things human and factual. It's a great read."

"It has taken four decades, but we finally have a definitive, remarkably comprehensive account of what remains the worst disaster in aviation history. Journalist Jon Ziomek tells the gripping story of the perfect storm of weather and human error that took 583 lives at Tenerife airport on a foggy evening in March, 1977. Not since Piers Paul Read's Alive have we had such a meticulous account of a plane crash and all the lives it took, and touched - yet without sentimentalization. Collision on Tenerife is many things: a detailed post-mortem of what, exactly, went wrong; an agonizing narrative of how hundreds of people managed to survive the terrible ordeal; and a striking lesson in what to do, and not do, in the event of a disaster. A few of the takeaways: Get out of your seat. Help those around you. And no, the flight attendant isn't coming."

"Jon Ziomek has written a riveting, deeply moving account of the worst aviation disaster in world history. This narrative reads like a novel—but the lessons it imparts could save your life. Everyone who flies regularly for business or pleasure should read this important book."

– Kevin Peraino, journalist and author of "A Force So Swift: Mao, Truman, and the Birth of Modern China, 1949" and "Lincoln In The World"

"Ziomek paints a vivid, moment-by-moment portrait of a tragedy that both occurred 40 years ago and went unrecorded by any video camera. The level of detail is staggering - the emotions raw and real. As the tragedy unfolds before your eyes and the mistakes that could have prevented it are unveiled, I could not put Collision on Tenerife down."

"In a Twitter world, analysis is a fortune cookie hissy fit. To understand how and why things really happen means doing the hard journalistic work that reveals the concentric circles of connectedness before, during and after catastrophes. Collision on Tenerife is it."

"Author Jon Ziomek's book about the worst aviation catastrophe in history is far more than just a chronology of what happened. It is a riveting account of the fatal collision of the KLM Royal Dutch Airlines 747 and the Pan American World Airways 747 that reads like a made-for-TV fictional movie script. Forty years after the fiery tragedy that claimed almost 600 lives in the Canary Islands, Ziomek's Collision on Tenerife brings readers into the last fateful moments of the victims and the survivors on that fog-shrouded runway. Even though we know the outcome, Ziomek's meticulous research and first-class writing tells a mesmerizing story. Survivors reveal the panic of passengers just moments before they are engulfed in a fiery inferno and the psychological pain that can outlast their physical injuries. Rich in detail, the book discloses conversations between flight crews and control tower, of major and minor mistakes and coincidences, of heroic efforts to save everyone. And it explains what has changed to improve aviation safety. Ziomek has crafted an astounding narrative of historical fact blended with the adrenaline rush of the best fiction. He joins the noted authors who bring history to life a special art form: narrative non-fiction. We can hope this is not his last offering."

"As one of 75 initial survivors of the Canary Islands aircraft accident on March 27, 1977, and a contributor to this book, I am interested to read what some of the other survivors have to say about their experience. How could two 747s collide on the ground? They did, and this is our story. Jon Ziomek has compiled a great list of survivor memories."

– David Alexander, Tenerife survivor and author of "Never Wait For The Fire Truck"

The How and Why of the World's Worst Aviation Disaster