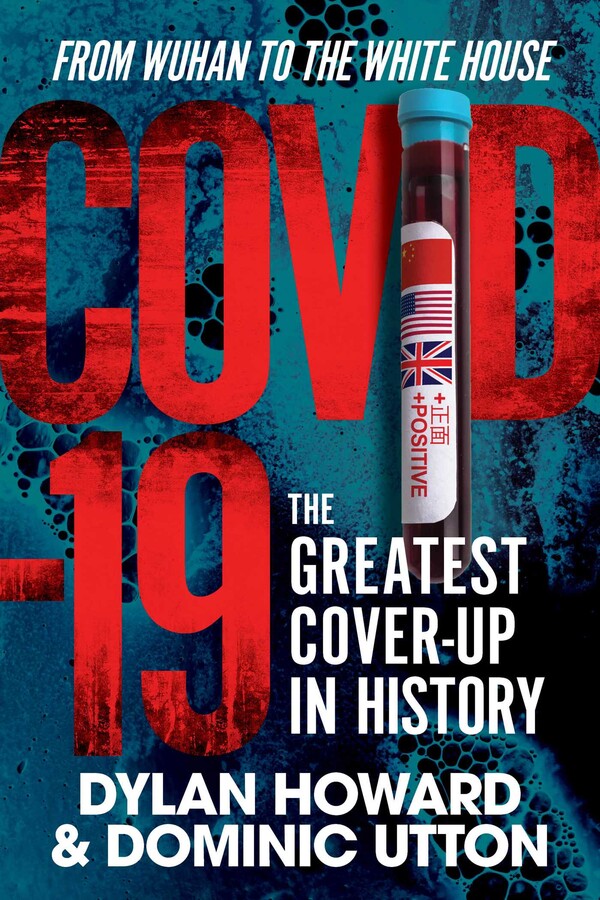 In the final days of 2019, a new and deadly virus was quietly spreading through the city of Wuhan, China. Within six months it would kill half a million people worldwide, infect a further 10 million, and change the way all of us live, work and play forever.

Now, for the first time, the real story of the greatest global crisis of the age can be told.

Reporters Dylan Howard and Dominic Utton, collaborating from New York and London—infection hotspots in what would become two of the worst-hit nations on Earth—have together mapped the rise, spread and impact of the virus . . . and uncovered some explosive revelations.

COVID-19: The Greatest Cover-Up in History—From Wuhan to the White House delivers the unfettered truth about what is undoubtedly the biggest political scandal of our time. It shows in unprecedented detail how governments in China, the UK, and the US not only failed to protect their citizens from the threat of the disease, but actively conspired to put their own political and economic ideologies above the lives of ordinary people.

From early attempts by Beijing to silence any reports of the new virus to the inability of the WHO to act decisively; from warnings received and ignored by President Trump to decisions taken by the UK government that directly led to the loss of tens of thousands of lives; from whispers of military experiments to outlandish 5G conspiracy theories, Howard and Utton separate fact from fiction, science from hysteria, and expose a trail of dead bodies, wilful mismanagement, incompetence, arrogance, deliberate cover-ups, and outrageous lies that raise serious questions about who is really responsible for the hundreds of thousands killed by COVID-19.

Through vigorous investigations, dedicated reporting, and exclusive first-person sourcing, COVID-19 unearths a more complex understanding of the rise, spread, and consequences of the first six months of the pandemic than has yet been seen,  and exposes shocking revelations about the roles and motivations of the American and British governments in the crisis.

The true story of COVID-19 is not just that of a silent killer that suddenly invaded the world . . . it’s the scandal of a global tragedy that could have—and should have—been prevented.

The real number of deaths and infections from the virus will never be known. The figures have not only been underreported in China, but by supposedly transparent governments in the West for reasons less connected with public safety and more to do with their own mendacity, incompetence, and corruption.

Written with the urgency and tension of a thriller novel but grounded in rigorously factual reporting, COVID-19 is the essential read on the most horrifying scandal of our age.

“The king of Hollywood scoops.”
— AdWeek

“Dylan Howard is one of the finest journalists writing today. His depth and breadth of experience are second to none; he follows every intricate angle of a story and exposes the truth. As a former detective, I know firsthand the skills that make an exceptional investigator and Dylan has them in spades.”
—Bo Dietl, former NYPD homicide detective who made over made over 1,400 felony arrests