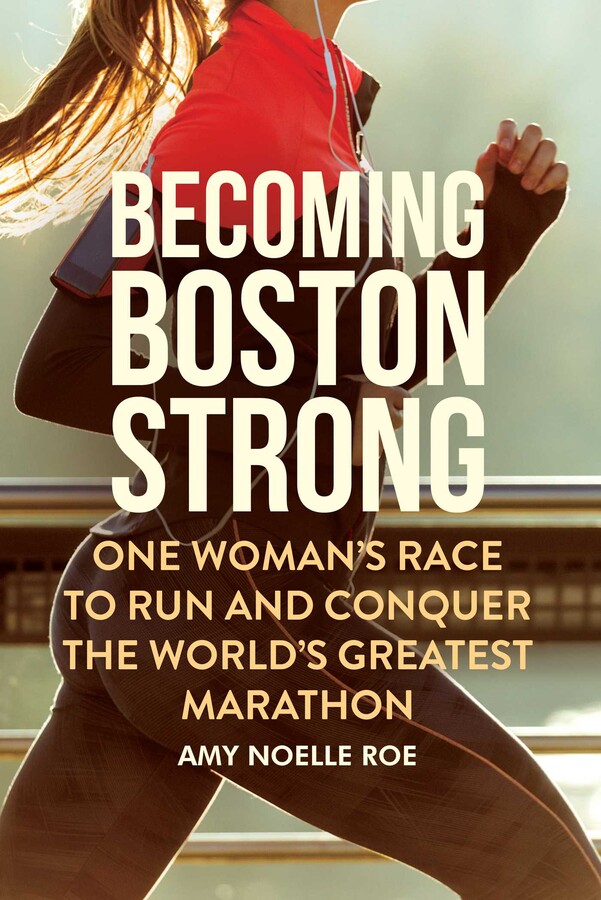 One Woman's Race to Run and Conquer the World's Greatest Marathon

Named One of the "Best Nonfiction Books to Read" by Woman's Day, here is Amy Roe’s hilarious and heartfelt tale of falling in love with the Boston Marathon and its community, for better or for worse.

It’s 2004 and twentysomething Amy Noelle Roe is living by herself in Portland, Oregon, with few friends, little money, and no job. It’s not her year. With lots of free time on her hands, she remembers watching the Boston Marathon years ago and, inspired by that memory, decides to join a marathon training group, hoping that running 26.2 miles will give her something show for an otherwise entirely unproductive time in her life. A few months later, she crosses the finish line but is far from a Boston qualifying-time.

But Amy has caught the marathon bug, and is determined to qualify for Boston, even if it’s just as a squeaker, a runner who just manages a BQ time. Eleven marathons later, and Amy finally squeaks by, signing up for the 2011 Boston Marathon. She completes it, qualifying again for the following year, and then again for 2013, the fated year of the Boston Marathon Bombing.

Due to an injury, Amy crosses the 2013 finish line in a little over four hours, minutes before the bombs goes off. Her world is forever changed as she is shaken to her core. She chronicles the ups and downs of her training, delving into the mystical appeal of the greatest marathon in the world and how it attracts those who return to it year after year.

Inspiring and funny, Becoming Boston Strong is for every person who ever dreamed of belonging to something bigger than themselves.

Amy Roe is an award-winning former newspaper editor and reporter. Her essay on "sweat-shaming" in the Guardian, went viral. That prompted the Washington Post and CBC Radio to interview her. The media company ATTN: produced a video based on her article. Currently the senior writer at the ACLU of Washington, Amy's essays on the role of civil liberties in everyday life have been featured on the national website of ACLU and in its social media. Amy's work has been published in over a dozen outlets nationwide. She lives and works in Seattle, Washington.

“I ran my first Boston Marathon fifty years ago in 1969, so you can only imagine how many stories I’ve heard from runners over the years. Amy Noelle Roe’s just happens to be one of the most poignant, inspiring, and humorous ones of all. She captures the lore, challenge, and fascination of the legendary marathon and weaves it into her own compelling story. A perfect companion while you are trying to achieve your own Boston Qualifier.” —George A. Hirsch, publisher of Runner’s World and Chairman of the New York Road Runners

“Boston is the Madonna or Cher of the running world—no last name needed, and the events of the 117th marathon affected runners of all speeds and abilities. In Becoming Boston Strong, Roe writes with courage and heart, taking readers from heartbreak to Heartbreak Hill, reminding us all why we lace up and chase those finish lines.” —Jill Grunenwald, author of Running with a Police Escort

“Roe’s book is perfect for anyone looking to qualify for Boston. Her determination to get to that celebrated start line is inspiring.” — Gail Kislevitz, author of Running Past Fifty

“From the nervous energy before hard workouts to the diehard spirit in earning a Boston Marathon finishers medal, Becoming Boston Strong is a relatable read that captures the runner spirit and aspirations.”  —Jackie Dikos, author of Finish Line Fueling

“There was a 1950s TV police drama series where each episode concluded with the narrator intoning, ‘There are eight million stories in the naked city. This has been one of them.’ So it is with the marathon, from the winners, the almost winners, and all the runners who made the winning worthwhile and from every spectator cheering along the 26.2 miles. Each has a personal story that should be told. This is a well-written, witty, poignant one that will carry you along the course and inspire your own story or race.”  —Tom Derderian, author of Boston Marathon: Year by Year Stories of the World’s Premiere Running Event and executive producer of the Boston Marathon Documentary Film

"I really enjoyed Amy’s story and would recommend it for others. . . . these stories of real human being runners are always inspiring." —Meg DuMez, Run Oregon Bookshelf

One Woman's Race to Run and Conquer the World's Greatest Marathon