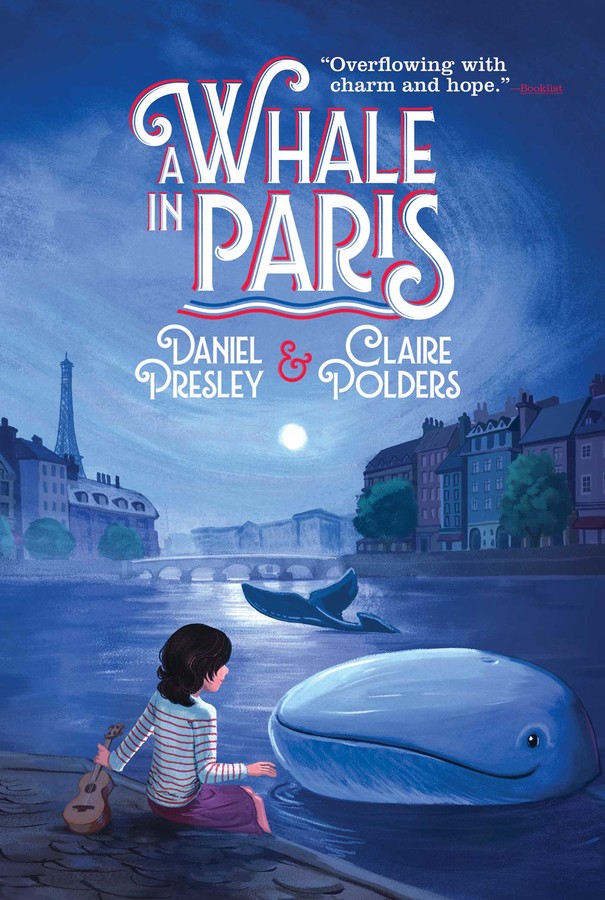 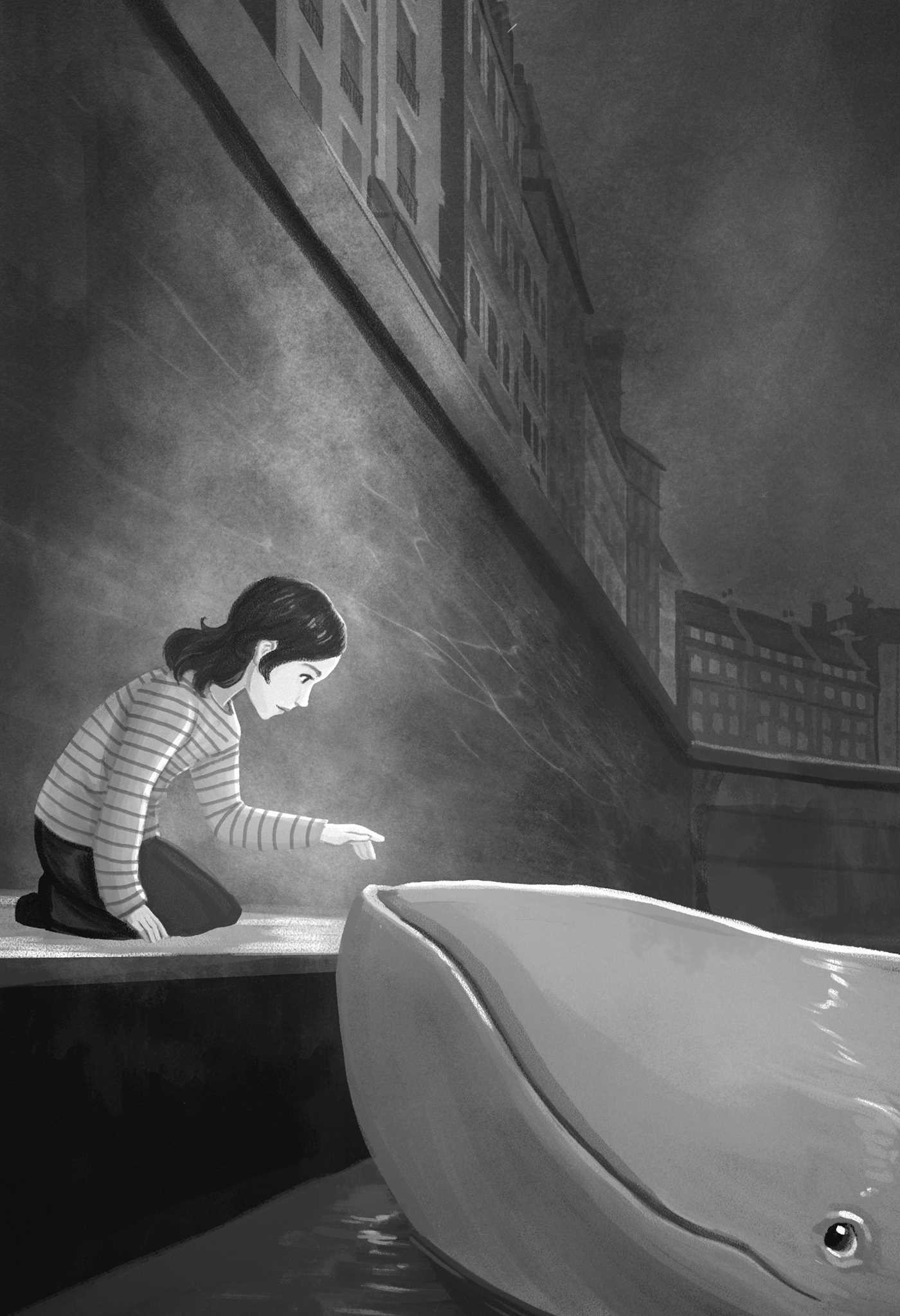 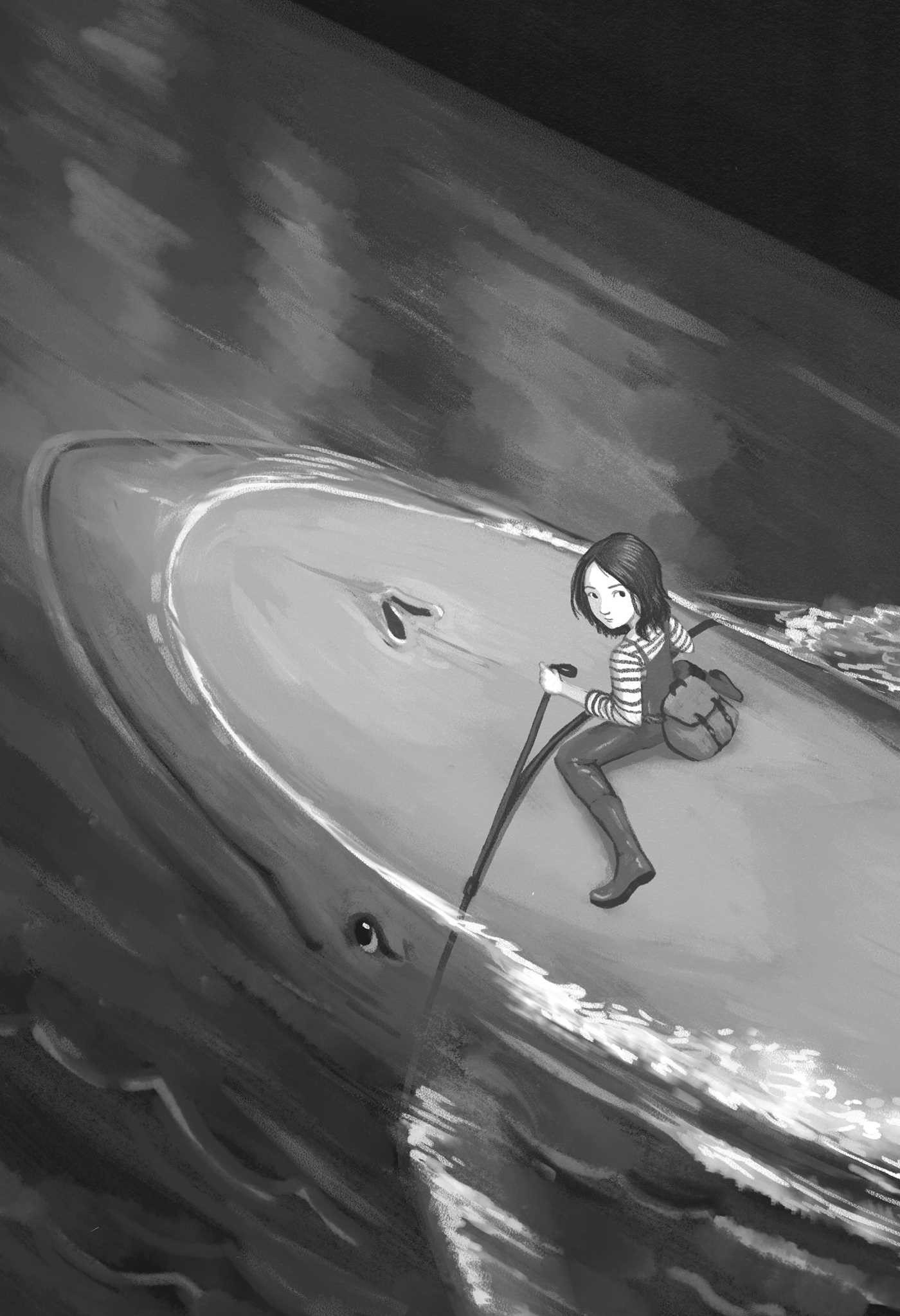 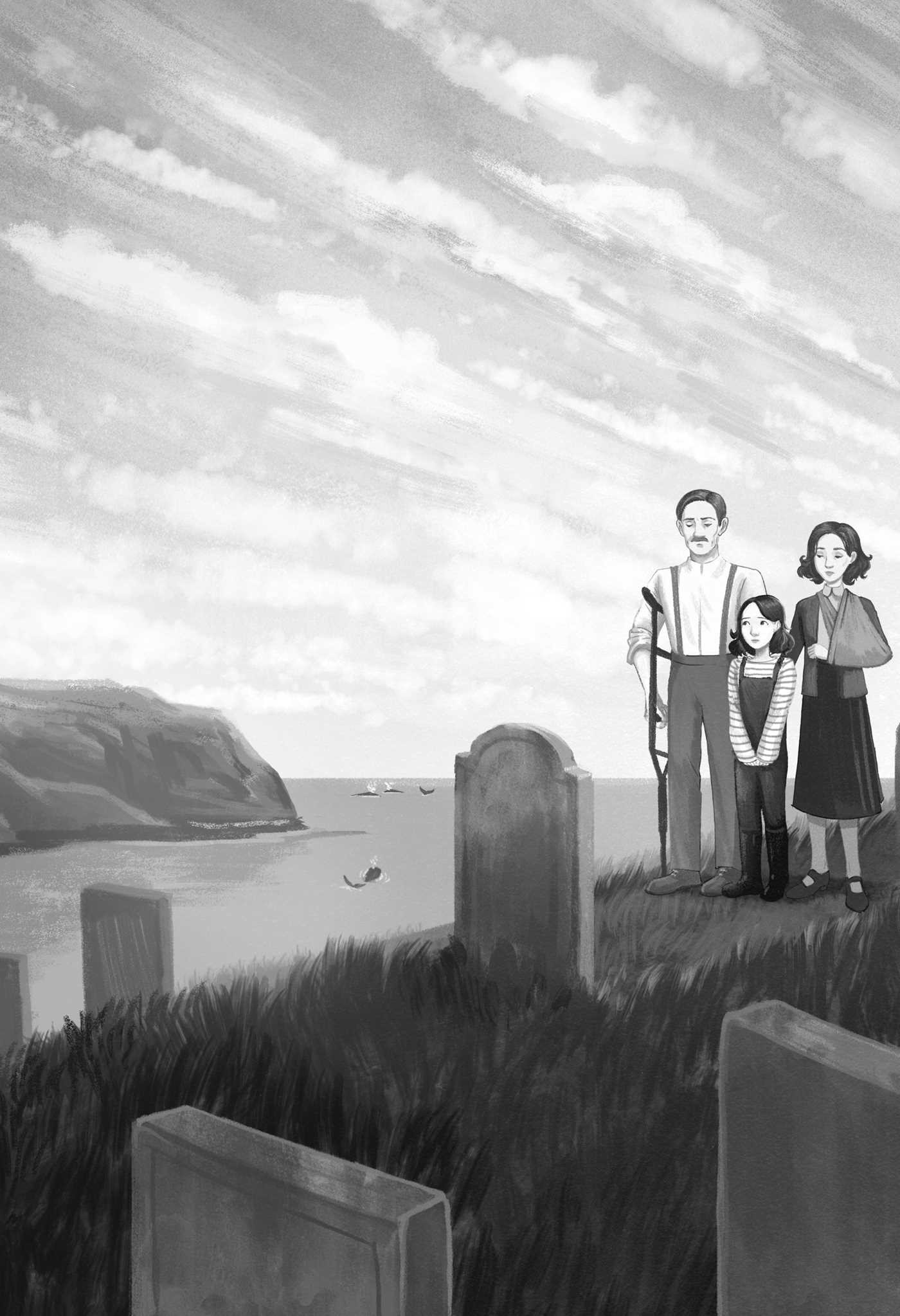 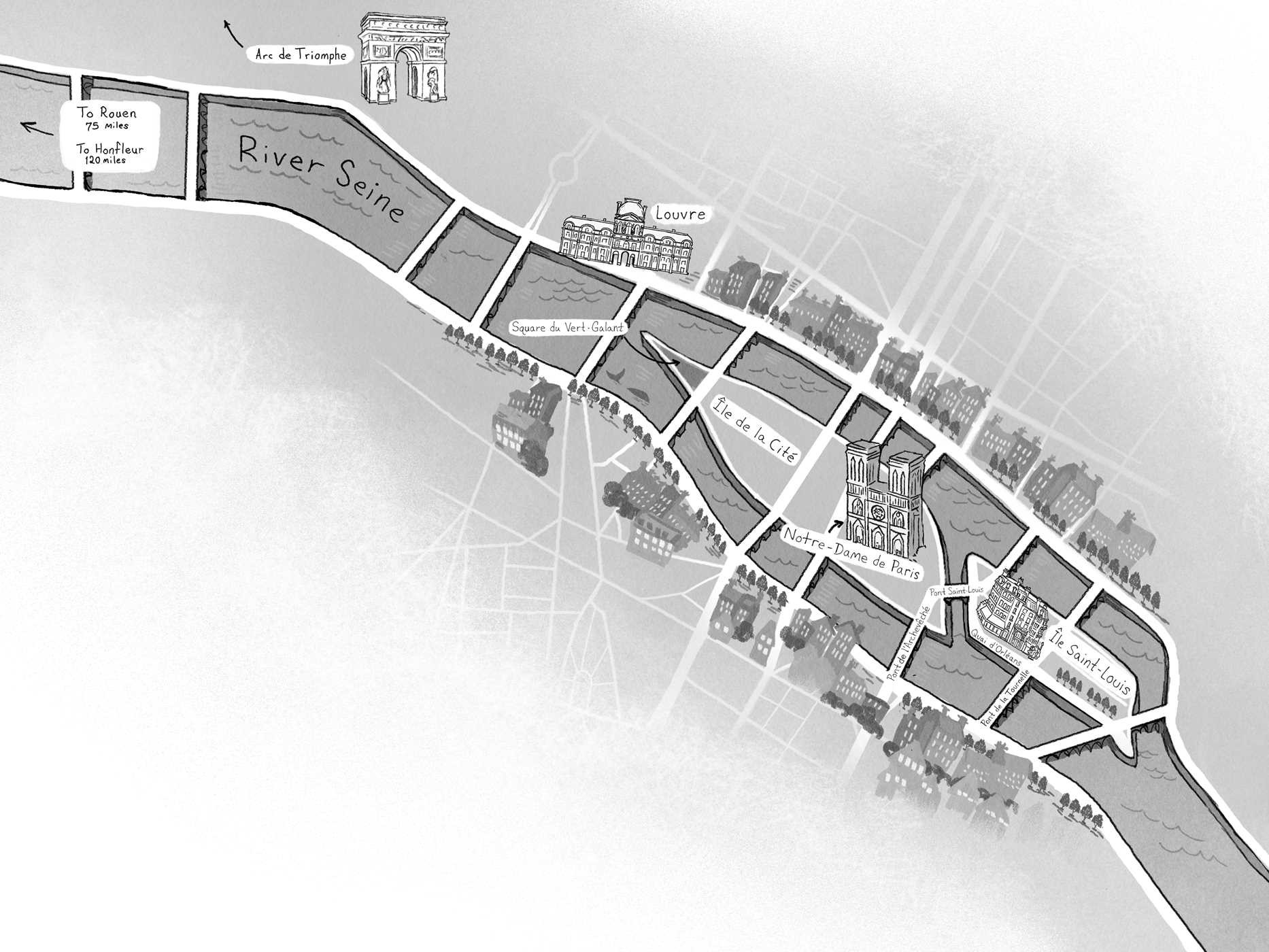 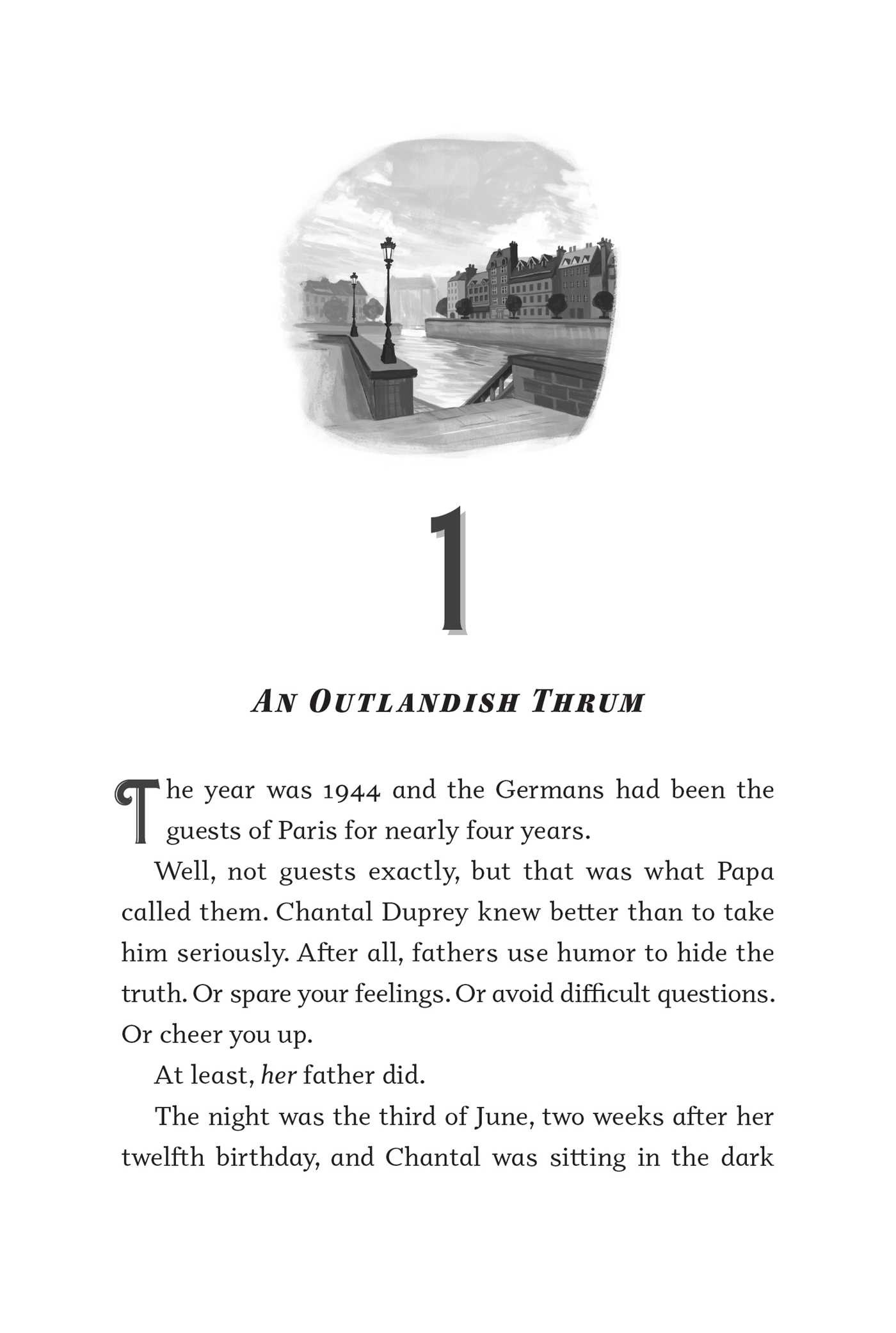 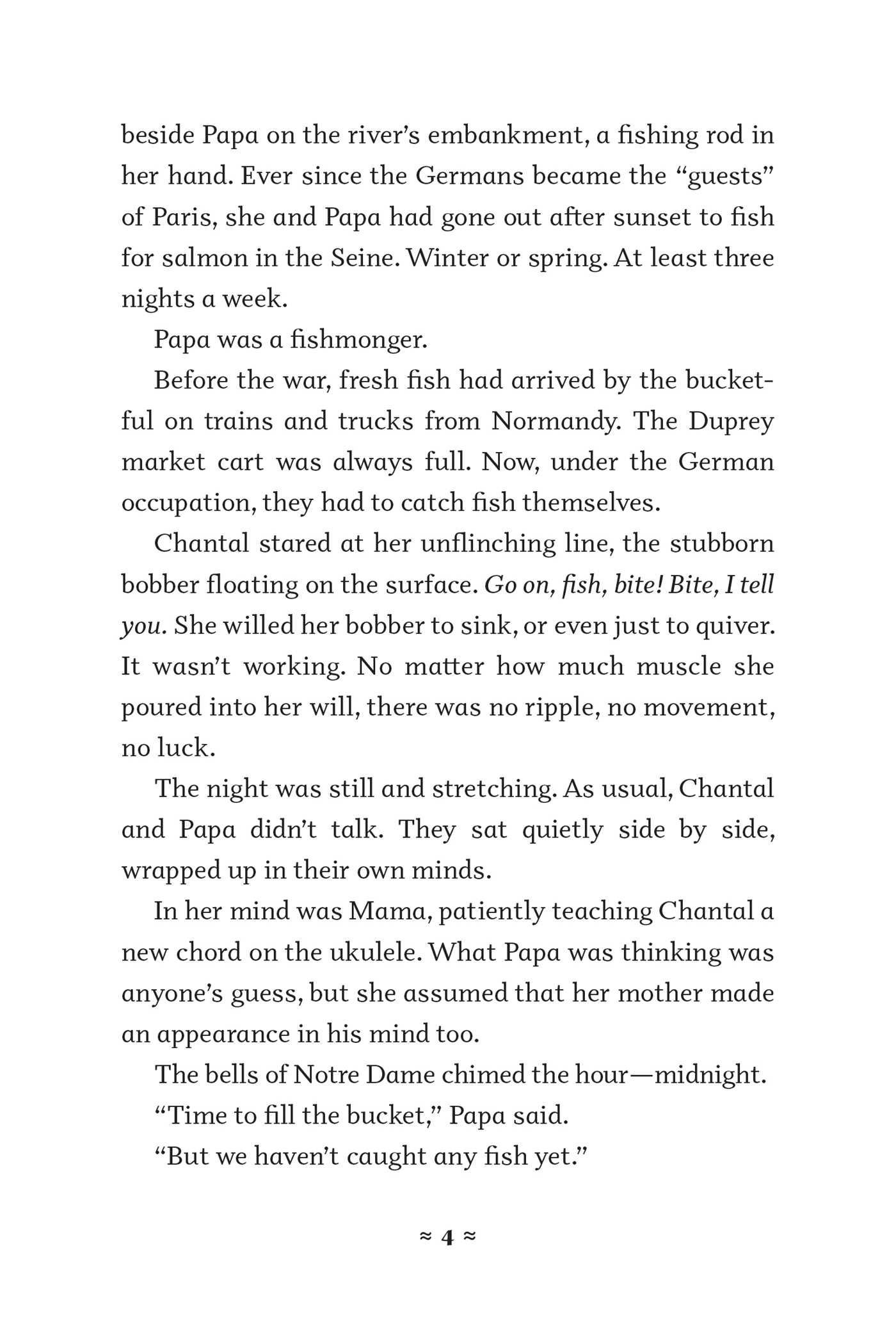 “Perfect for readers who love a touch of the fantastic and the impossible.” —Booklist

A hopeful and heroic girl befriends a small, lost whale during World War II and together they embark on a journey to liberate France and find their families in this charming debut novel.

Ever since the Germans became the unwelcome “guests” of Paris in the early days of World War II, Papa and Chantal have gone out in the evenings to fish in the Seine. Tonight Chantal is hoping for a salmon, but instead she spies something much more special: a whale!

Though small (for a whale) and lost, he seems friendly. Chantal soon opens her heart to the loveable creature and names him Franklin, after the American president who must surely be sending troops to rescue her country.

Yet Franklin is in danger: The Parisians are starving and would love to eat him, and the Nazis want to capture him as a gift to Hitler. In a desperate bid to liberate themselves and their city, Chantal and Franklin embark on a dangerous voyage. But can one small girl manage to return a whale to the ocean and reunite him with his parents? And will she ever see her own family again?

1 AN OUTLANDISH THRUM
The year was 1944 and the Germans had been the guests of Paris for nearly four years.

Well, not guests exactly, but that was what Papa called them. Chantal Duprey knew better than to take him seriously. After all, fathers use humor to hide the truth. Or spare your feelings. Or avoid difficult questions. Or cheer you up.

At least, her father did.

The night was the third of June, two weeks after her twelfth birthday, and Chantal was sitting in the dark beside Papa on the river’s embankment, a fishing rod in her hand. Ever since the Germans became the “guests” of Paris, she and Papa had gone out after sunset to fish for salmon in the Seine. Winter or spring. At least three nights a week.

Papa was a fishmonger.

Before the war, fresh fish had arrived by the bucketful on trains and trucks from Normandy. The Duprey market cart was always full. Now, under the German occupation, they had to catch fish themselves.

Chantal stared at her unflinching line, the stubborn bobber floating on the surface. Go on, fish, bite! Bite, I tell you. She willed her bobber to sink, or even just to quiver. It wasn’t working. No matter how much muscle she poured into her will, there was no ripple, no movement, no luck.

The night was still and stretching. As usual, Chantal and Papa didn’t talk. They sat quietly side by side, wrapped up in their own minds.

In her mind was Mama, patiently teaching Chantal a new chord on the ukulele. What Papa was thinking was anyone’s guess, but she assumed that her mother made an appearance in his mind too.

The bells of Notre Dame chimed the hour—midnight.

“But we haven’t caught any fish yet.”

“They need to know that the bucket is full, and then they will come.”

Chantal made her skeptical face. Papa always did this, sending her to the river’s edge. A smart girl like you shouldn’t fear the water, he often told her.

Papa didn’t understand about the water and how it called to her in a sweet voice. A voice in her mind. Chantal never feared falling in. She feared that once she was in the water, she wouldn’t want to leave it ever again.

It was in the water that Mama waited.

Chantal picked up the steel bucket and climbed down the sloping embankment. With the moon hiding behind a cloud, the Seine was practically black, prickling only with occasional torchlight from other anglers farther down on the opposite side of the river.

The water was low for this time of year. It hadn’t rained much in April and May. Chantal wondered whether that was the reason they weren’t catching any fish.

Are there fewer salmon in the river when the water is low?

Are the fish less likely to bite?

Chantal tied her rope to the bucket and lowered it into the river, careful not to clang it against the stone and scare potential fish away. She also made sure not to let the bucket sink too deeply, for if it did, the current would catch it, and the bucket would be heavy and difficult for her to haul up.

The moon emerged. She could make out the shapes of the roofs on the other side of the river. The windows of the houses were all dark because of the night patrols. Before the war, Paris had been known as the City of Lights. Now, all the street lamps were off, and the windows were blocked by curtains that had once been rugs or blankets.

The bucket filled with water, and more water, until it was time to reel it in. Just as she pulled the rope, she heard a deep rumbling sound coming from the water. A low thrum smudging the silence.

Her chest chilled as if she’d swallowed a chunk of ice.

This wasn’t Mama’s voice, the sweet voice Chantal usually heard in her mind. This voice was completely different. All of her concentrated on listening.

“Grrrrrooool-th-th-th!” echoed off the stone walls built high along the Seine.

The sound vibrated every nerve in her body.

The sound came again, louder. “Grrrrrooool-th-th-th!” An outlandish thrum so intense, it created a hole inside of her.

Frightened, she let the rope slip. The bucket plunged deep into the water and began traveling downstream.

Chantal held on to the rope and gave it a tentative tug. Nothing. She yanked and strained. The bucket wouldn’t budge. Finally, she fastened her end of the rope to a metal cleat used to moor boats.

The rope went taut and shivered with tension.

Intrigued, Chantal plucked the rope. It gave off a low note, like the bass string of Mama’s ukulele.

“Grrrrrooool,” went the low sound in the water, as though in reply.

Impossible, she thought, squinting through the dark.

She plucked the rope twice.

“Grrrrrooool, grrrrrooool,” went the sound, broadening and deepening between the stone embankments.

Where were the noises coming from? Chantal plucked the rope three times.

She smiled. The sound that came from the darkness had a deep, friendly tone. Not the voice of a monster. There seemed to be good will in it. What could it be?

Chantal’s smile changed to laughter. Whatever was out there obviously had a sense of humor. It laughed along with her until it faded and slurped away when another sound came. A much more upsetting sound.

The clunk of heavy boots on cobblestones. Chantal looked up in alarm. Two dark shapes approached—German soldiers making their rounds. She felt her throat tighten in fear.

She scrambled up the embankment and found him dozing, his face drawn tight around his bones. How defenseless he looked in the dark with his thin lips and stubbly chin. How different from the daytime Papa she knew, the broad-backed man who cooked and cracked jokes.

She shook him awake.

Chantal pointed in the direction of the soldiers. The Nazis’ helmets were black and too dull to reflect the moonlight. Tall rifles swung with each clunking step. Dread on four legs.

Papa climbed to his feet and waited beside Chantal. Seconds dripped past. They had all the permits they needed to be out after curfew. They were allowed to fish at night to provide for the city. And yet . . .

She seized his hand.

If the soldiers recognized them, all would be fine. But if the uniformed men were new recruits or felt like making trouble, Chantal and Papa would have to show their papers and answer all sorts of rude questions.

What are you doing here?

Who signed this permit for you?

Why is your daughter not in bed?

Where is her mother?

This last question was the trickiest. Chantal could answer it, but she preferred not to. She hoped the Germans would ask anything else, because whoever couldn’t answer the questions quick enough risked being arrested or worse.

She had heard the stories. So many people imprisoned. Sent away. Shot.

Chantal closed her eyes and wished for the soldiers to be gone. Despite how much she hated them or lived in defiance of their presence, this was the way of the world now. Occupation. War.

There was no avoiding these “guests.”

She opened her eyes again, and her stomach clenched. The two soldiers were now only a stone’s throw away. The shorter one nodded like a gentleman and said, “Bonsoir, monsieur. Bonsoir, mademoiselle.” (Good evening, sir. Good evening, miss.)

Chantal released a deep breath after the soldiers passed. But she didn’t let go of Papa’s hand until the echo of their boots had died away. 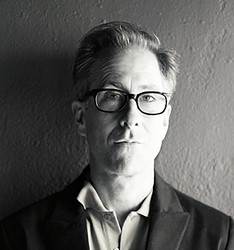 American screenwriter Daniel Presley’s award-winning film Populaire was released in thirty-five countries. His fiction has also appeared in various literary journals. He lives with his wife, Dutch novelist Claire Polders in Paris, and together they are the creators of A Whale in Paris. 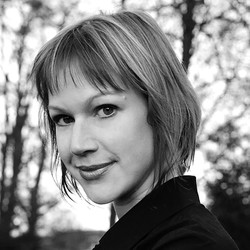 Dutch novelist Claire Polders has published four novels. Her writing in English can be found in various literary journals. She lives with her husband, American screenwriter Daniel Presley in Paris, and together they are the creators of A Whale in Paris. 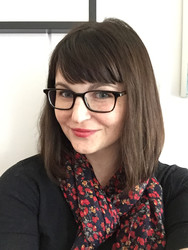 Erin McGuire has illustrated many books for young readers, including The Real Boy by Anne Ursu. She lives in Dallas, Texas, and you can visit her at EMcGuire.net.

“This fanciful, impossible animal fable often feels just as urgent as the real events. . . . Readers may find this . . . story utterly convincing and even sometimes heartbreaking.”

“Chantal’s optimism against overwhelming odds makes her a hero to creatures above and below the water. Overflowing with charm and hope, this novel is perfect for readers who love a touch of the fantastic and the impossible.”

"Franklin, his unlikely appearance in Paris, and his anthropomorphic personality invoke an unexpected but delightful air of magic. Chantal is a compelling and compassionate character. This debut novel set in Nazi-occupied Paris will engage and charm young readers."

“This story . . . delves into the workings of human nature, and teaches young readers valuable life lessons, such as not judging people prematurely and the importance of keeping promises. . . . an excellent introduction to WWII for elementary readers, being both an exciting and touching story.”